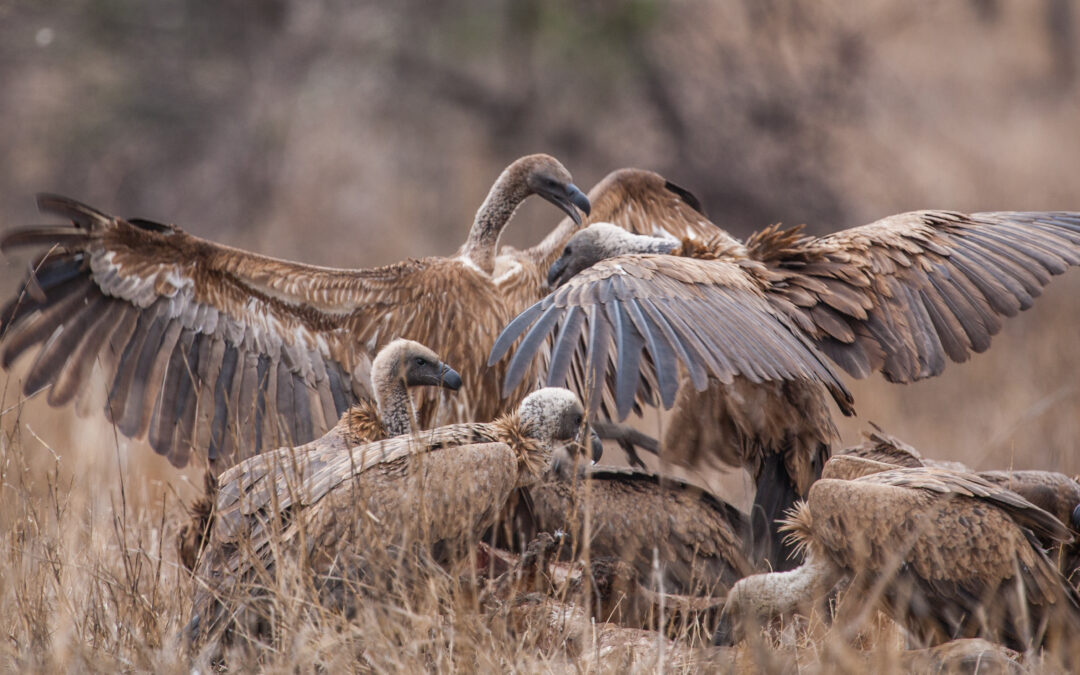 Vultures are an ecologically vital group of birds that face a range of threats in many areas where they occur. Populations of many species are under pressure, and some species are facing extinction. The ‘IVAD’ has grown from awareness days run by the Endangered Wildlife Trust in South Africa and the Hawk Conservancy Trust in England, who decided to work together and expand the initiative into an international event.

It is now recognised that a co-ordinated IVAD will publicise the conservation of vultures to a wider audience, and highlight the important work being carried out by the world’s vulture conservationists. On the first Saturday in September, the aim is for each participating organisation to carry out their own activities that highlight vulture conservation and awareness. A website provides a central place for all participants to outline these activities and see the extent of vulture conservation across the world. Additionally, it is a valuable resource for vulture workers to learn about the activities of their colleagues and to develop new collaborations or exchange information. Learn more at https://www.vultureday.org/

Vultures have been placed under severe threat in recent years, particularly due to poisoning. Globally, 75% of all vultures are threatened with extinction, according to the IUCN Red List. During the 1990s, vulture populations in South Asia declined by 99% over a single decade due to poisoning by diclofenac, a Non-steroidal Anti-inflammatory Drug (NSAID) used to treat cattle. In 2006, veterinary use of diclofenac was banned by governments across India, Nepal and Pakistan and more recently in Bangladesh, Iran and Cambodia. However, it is still in use in parts of Europe and Africa, although there are alternative non-toxic drugs available such as meloxicam.

The first birds to be ringed (banded) on the African continent were Cape Vultures Gyps coprotheres. In August 1948 a group of enthusiasts climbed the cliffs of the Kransberg breeding colony near Thabazimbi in the Limpopo Province of South Africa, and ringed a number of Cape Vulture nestlings. One was later found dead near Bulawayo in Zimbabwe. The Witwatersrand Bird Club continued ringing Cape Vultures in the Magaliesberg mountain range, and as a student at Witwatersrand University, I joined the WBC ringing activities in 1963 and 1964 in the Magaliesberg and in Botswana.

In 1972 I met Peter Mundy, who was on his way from Nigeria to then Rhodesia, where he was to start a Master’s programme on ‘The Comparative Biology of Southern African Vultures’. In 1973 Peter co-ordinated a ringing exercise in the Magaliesberg, when we marked individual nestlings with unique colour ring combinations for the first time. His research continued for many years and Peter was ultimately awarded a Doctorate for his extensive studies of vultures in the field, in Zimbabwe and South Africa.

Fast-forward to 2021 and vultures are in dire trouble all around the world, most of them now on the endangered list. They have been decimated by humans and our intolerance and indifference to the creatures that share our planet. Toxins of one kind or another have wreaked havoc on vulture populations, while changes in land-use, electrocution and collisions with powerlines have added to the threats facing vultures.

The plight of these harmless and useful birds is now highlighted on IVAD, and I was invited to visit the Nyoka Ridge Vulture ‘restaurant’ for a recognition of the occasion. This vulture feeding site is an initiative of the local Rotarians, the local chapter of BirdLife and WESSA (Wildlife and Environment Society of South Africa). A shady lookout post has been constructed here, while a photographic hide is being built in a shipping container and will be installed later this year. The Magaliesberg Biosphere Reserve was recognised by UNESCO in 2015, giving the core area international status as a special place. However, vultures fly far and wide, away from the protection of the biosphere reserve.

Peter Mundy and I made a nostalgic trip out to Nyoka Ridge on 4 September. A column of wheeling vultures greeted our arrival, but showed no interest in the repast of dead livestock that had been laid out for them and disappeared from view. We chatted to the many people who had come out for the morning, hoping to see the great birds descend to the food.

Alas, as midday approached their human patience wore thin, and an exodus ensued until only three observers remained. At 1:30pm the Cape Vultures started dropping out of the sky, and we were treated to the magnificent spectacle of around 100 or more birds circling, landing, feeding and fighting as they have done since time immemorial. What a wonderful sight!

It is 58 years since I first ringed vultures in the Magaliesberg and 49 since Peter and I met and became vulture soul-mates. We are both gratified and moved that there is a new generation of vulture custodians who care about these great birds, and are trying to ensure their survival in a world where humans and their trappings of civilisation, prosperity and greed are inexorably encroaching on the space that vultures need to survive.

Hunters can play an important part in vulture conservation by using non-lead ammunition to hunt animals that might later be consumed by vultures.