Book review – Horn of the Hunter 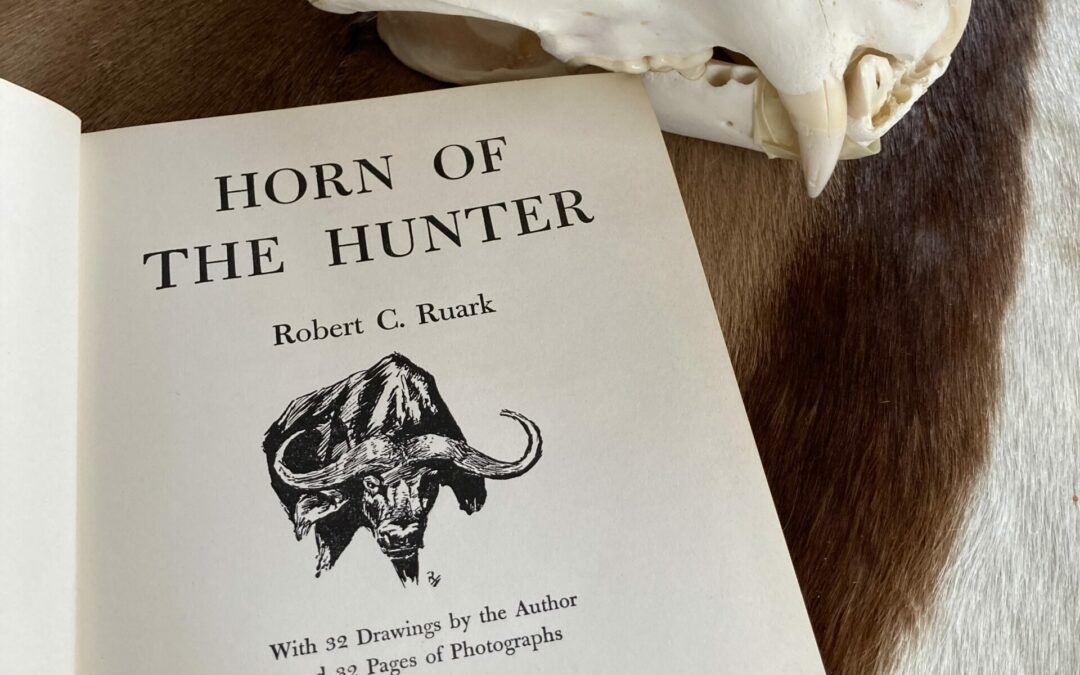 An admitted novice big game hunter, Robert Ruark went on an African safari for the first time ostensibly on medical orders; his doctor advised that a year’s rest would serve him well and Ruark decided that recommendation would be the impetus to fulfilling a long held dream of hunting Africa. So in the early 1950s, accompanied by his wife, Virginia, he embarked on a two-month safari across what is now Kenya and Tanzania. The tales of their exploits are captured in Horn of the Hunter.

Ruark booked his safari with the Legendary Ker and Downey Safaris, who assigned a young PH, Harry Selby, then 25, to guide their hunt. Horn of the Hunter would not only bring Ruark to newfound prominence as a writer, but also made a celebrity of Selby, who was booked solid for years to come following the release of Ruark’s book.

Horn of the Hunter is much more than just another tale of hunting Africa’s fabled big game, although there are plenty of descriptive sections detailing encounters with lions, elephants, Cape buffalo, leopards, rhinoceros, kudu, and more. What sets Ruark’s writing apart from the pack, however, is his ability to capture the feel and spirit of a safari. He had the ability, and a willingness, to reveal his innermost thoughts while camping and hunting across remote eastern Africa. He details what safari life is like in a truthful and insightful manner that has been captured in few other places within the realm of African hunting literature. His frustrations, fears, anxieties, pride, and elation take turns coming to the fore, and the reader rides along on his roller coaster of emotions.

Horn of the Hunter should be required reading for everybody before they go on their first safari. Sure, times have changed, and you’ll not likely be travelling cross-country in a beaten up old truck, putting up and taking down camps, as you hunt for weeks on end. What hasn’t changed, however, are the emotions you’ll experience, the highs and the lows, the triumphs and the tragedies. After all, it’s those emotions, as much as the game, that make us want to return to Africa again and again.