Gorongoza in Mozambique – Rising and Rising 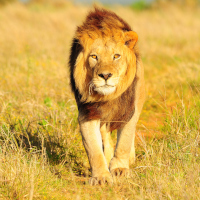 The story of Gorongoza National Park in Mozambique is a remarkable epic of hope and of restoration after destruction. It is the story of the resilience of nature and its wild creatures, given the human commitment to nurture and conserve wild places and wild animals. This commitment is the fundamental key to success. Protected areas cannot survive without the support of their neighbours – the people who live outside its borders. Understanding this is fundamental to successful management of any park, and Mozambique has been blessed by having the support of Dr Greg Carr, a philanthropist who understands that human development and conservation go hand in hand. This remarkable American has pledged to invest US$40 million into the development of Gorongoza over a period of 30 years.

The late 1960s saw the first comprehensive scientific studies of the Park, led by Kenneth Tinley, a South African ecologist. In the first-ever aerial survey, Tinley and his team counted about 200 lions, 2,200 elephants, 14,000 buffalo, 5,500 wildebeest, 3,000 zebra, 3,500 waterbuck, 2,000 impala, 3,500 hippos, and large herds of eland, sable and hartebeest numbering more than 500. Tinley also discovered that many people, and most of the wildlife, living in and around the Park depended on one river, the Vunduzi, which originates on the slopes of nearby Mount Gorongosa.

Because the mountain was outside of the Park’s boundaries, Tinley proposed expanding the Park to include the mountain as a key element in a ‘Greater Gorongosa’ ecosystem of about 8,200 square kilometers. In 1977 Tinley published his D.Sc. thesis, ‘Framework of the Gorongosa Ecosystem’ and in 2020 the Gorongosa Project made it available to all in a beautiful book format entitled Montane to Mangrove.

But in that same year of 1977, a civil war broke out in Mozambique that was to last for 15 years. The country was devastated, a million people lost their lives, and 95% of the large animals in Gorongoza were slaughtered. The wildlife paradise was reduced to ruins, a vast killing field littered with the bones of thousands and thousands of animals.

Greg Carr first visited Mozambique in 2002 and was impressed by the amazing landscapes, from mountains, forests, plains, swamps, lakes and wetlands, stretching all the way down to the mangroves of the Indian Ocean. In 2004 he signed agreements with the government, and started implementing his dream of restoring Gorongosa to its former glory.

Gorongosa has just published its annual report for 2020, and it makes for inspiring reading. You are encouraged to take look yourself; click here to view it.

The 60th birthday of Mozambique’s flagship national park was celebrated on 23 July 2020. The official ceremony featured just 20 guests due to the Covid-19 pandemic, and one of them was the President of Mozambique, Filipe Nyusi. At the function the President was told that the Park’s restoration efforts had increased the number of large mammal survivors of the civil war from a few to over 100,000. They share the Park with over 6,300 other species of smaller animals and plants recorded so far and which continues to rise. As a birthday present, Greg Carr pledged that he and other donor partners (including USAID) will build 40 primary schools in communities surrounding Gorongosa. The Gorongosa Project already works directly with 50 primary schools and six secondary schools with youth clubs, and plans to increase the number of after-school clubs established in these schools.

Some highlights from the 2020 Annual Report include the following: 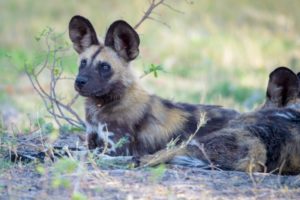 African Wild Dogs (Lycaon pictus) are the second-most endangered carnivore on the continent. In collaboration with the Endangered Wildlife Trust, a pack of 14 animals was introduced into Gorongoza in 2018 and then 15 more in 2019. With the addition of more than 50 pups born in 2020, Gorongosa Park’s wild dog population has grown to 85.

The achievements in the restoration of Gorongoza are both amazing and inspiring. You can learn more by visiting their Facebook page. There is also interesting background about the remarkable Dr Greg Carr that you can read here.

There are also many ways in which you can support the work of the Gorongosa team. Please contact them if you are willing to contribute in any way. contact@gorongosa.net