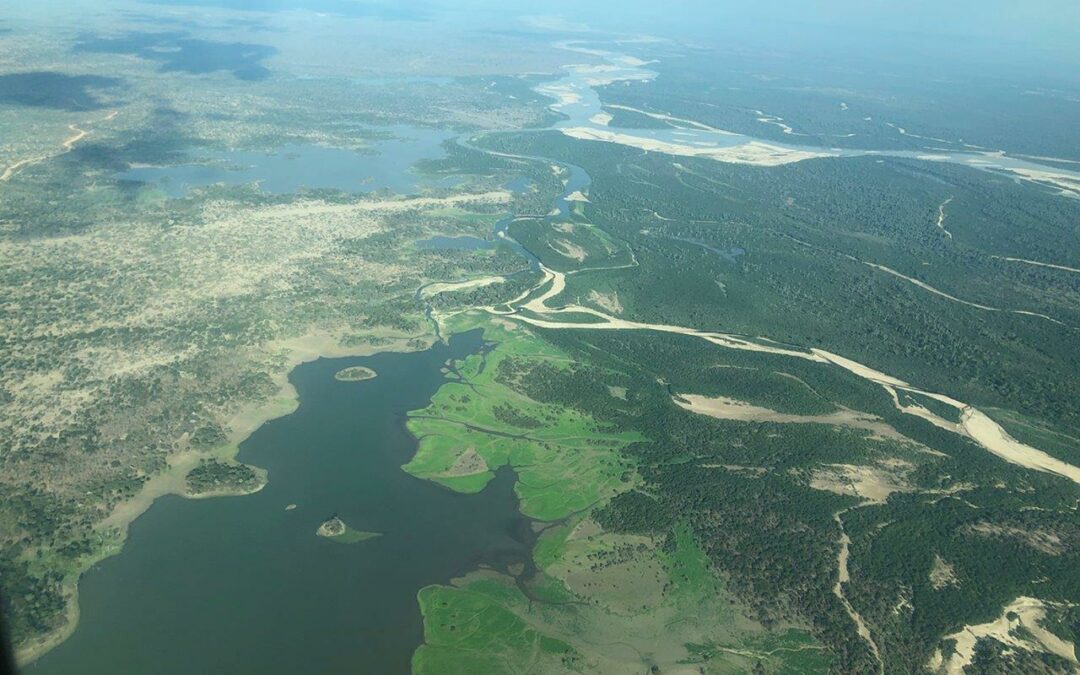 Named after the famous African hunter whose life ended here, the reserve in this East African wilderness is difficult to describe in a few hundred words, let alone do justice to. But I will try.

In the heart of, and largely surrounded by the Julius Nyerere National Park, is the iconic hunting ground of the Selous Game Reserve, for decades a hunting mecca. At the outset, the government needs applauding for valuing and protecting their hunting heritage as well as they have for decades.

And what a heritage it is.

Omari was there to greet me – and what a welcoming gent he is – and after a short trip to rest in the blue Ford Sapphire, we got transferred to the domestic airport for our charter. The hustle and bustle of Dar es Salam, and vendors peddling their wares are soon a distant memory as you take the short flight in the Grand caravan, into the hunting heartland. A short drive after landing to the camp on the banks of the Rufiji, and it is not difficult to see why this was a base camp for 43 years, longer than 99% of all African outfitters have been operating in Africa. It is where legendary safari operator and doyen of Tanzanian hunting, Luke Samaras called it his hunting home.

However, their next chapter is looming. Stephan Stamm my host at Heritage Safaris, has worked closely with Luke for over 10 years, earned his respect, and is now in partnership in the company’s next chapter. And with government auctions and block changes, Heritage Safaris & Luke Samaras are managing the largest area in the Selous. Part of this change meant they needed a new base camp location for the 2023 season.

To explore 265 000 hectares (630 000 acres) of pristine African bushveld is extraordinary. Quite something, and a privilege for anyone that loves nature, the African bushveld, and even more so if you’re a big-game hunter.

THIS is what you pay for when you’re on a safari.

Everything seems bigger: more expansive, more varied, in the Selous. Be it the topography, vegetation, the trees, birdlife, and game. Even the ant hills!

For these nine nights, Marc, Stephan’s long-time Swiss friend and now business partner was out for a hunt, and on this mission, buffalo was his priority, his big love. I was an observer. 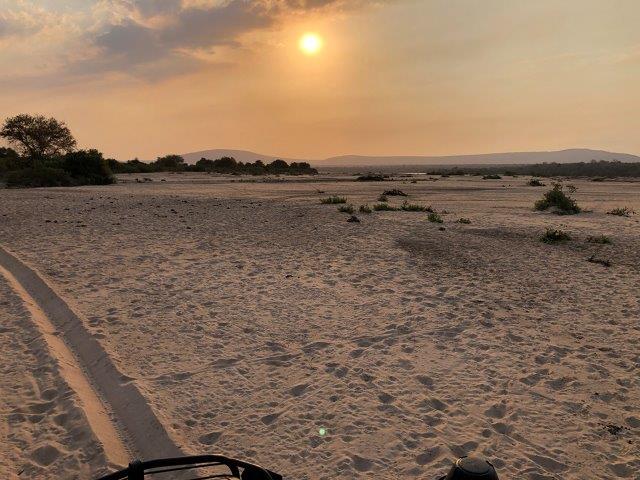 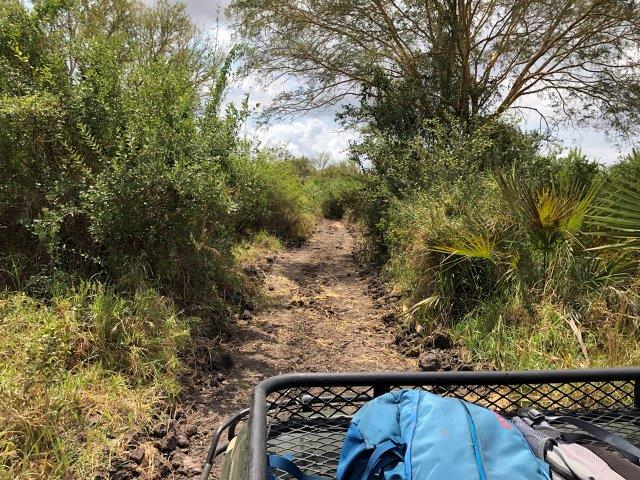 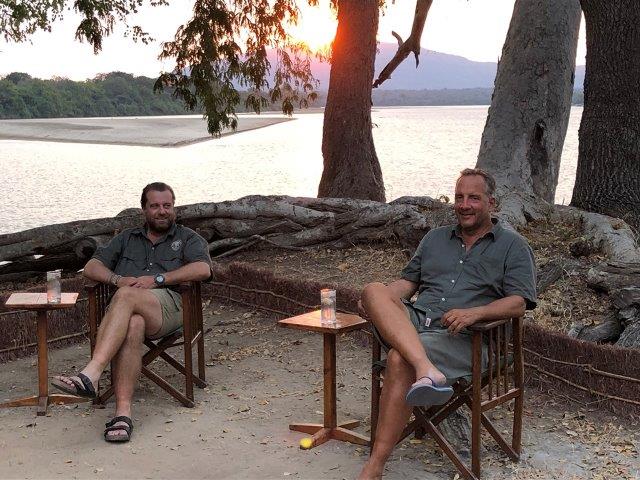 There was a rich variety of game that first morning that we passed while searching for buffalo. Admittedly, the suni darted off in the undergrowth in a flash, but there was duiker, hartebeest, impala, warthog, distinctive Niassa wildebeest, and the magnificent subspecies of zebra you get in the Selous. Late afternoon we came across the buffalo. We struck it lucky at the end of the first day.

Beyond the burnt grass from the road’s edge, in the middle distance was the taller grass. I certainly couldn’t see them well. It wasn’t critical for me – I just needed to stay close and follow instructions and relax in the comfort of knowing there was sufficient firepower ahead of me and behind. I was soaking up the experience. One solid, well-placed .470 and the beast ran only about 15 yards before toppling over. A second round ended his life. We admired the mud-crusted fallen beast, his majestic, smoothly worn boss, his scarred face. “Probably from lions,” James our tracker said. It was only a minute before the sounds of the Selous resumed.

To ward off tsetse flies, the smoke of elephant dung burning in a steel bucket in the back of the Cruiser – was a comforting smell each morning. As we drove out, it was the bushveld and the trees that got my attention. Every day. Trees and trees for Africa. Birdlife darting off either side of the road in numbers I have not seen before.

Mid-morning coffee was simple and welcomed. Mid-day lunch was always under some spectacular grove of trees, in a riverbed, or overlooking a waterhole – always in some magical setting. And then, as we rounded the curve of a twisting semi-dry riverbed, there were two bulls wallowing in a mud pool.  Off the pack went stalking.

The challenge of hunting here was that in 15 yards, after the first shot, this big-game warrior was in the thick bush at the riverbank. Just waiting. Wounded. Not ready to call it quits. Waiting with his companion at his side for the posse to come for them. It was a standoff. I watched from afar. Tanzania is strict with game scouts on the hunt ensuring standards are kept high and safe. Another reason why this destination has earned the respect it has. Despite two rounds in him, he was waiting. So was the posse, reluctant to venture into dangerous thicket. It was a waiting game to see who would make the first move. Fortunately, a slight rustle gave away his location and more rounds went in. Still with a healthy respect for the wounded warrior. Eventually, behind the security of the Land Cruiser crashing through to form a barrier between him and his mate that was simply not 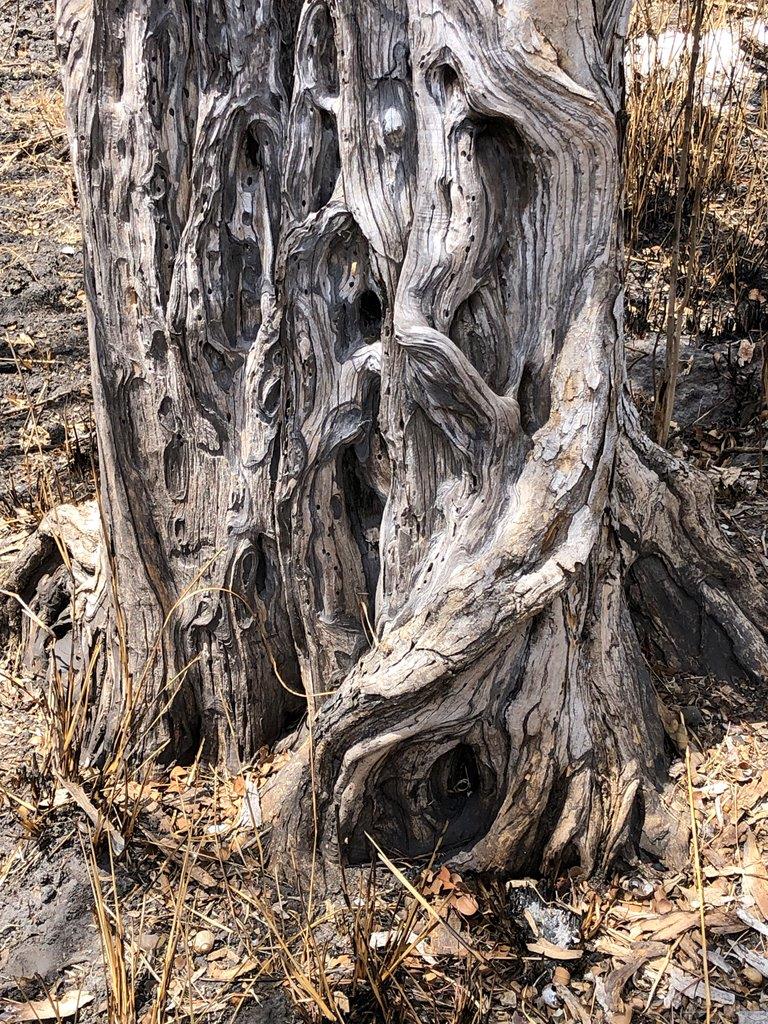 budging, we managed to rope the now-dead buffalo and bring him back into the riverbed for all the post-hunt preparation work – skinning, photos, and simply recalling all that went into the downing of this powerful beast.

Nothing goes to waste in the Selous. What is not eaten by guests, is given to the staff, or used for bait, and if no predators are being hunted, the remains go to the scavengers. In the first few days I was there, a skinned crocodile was the main meal in the bush near the camp for dozens of vultures, and by the end, once the bone-crunchers (hyenas) had got to it, there was nothing left.

In camp on the banks of the Rufiji, everything was simple and perfectly adequately furnished for camps that need completely clearing at the end of each season. Fantastic food, drink and general all-round exceptional hospitality. 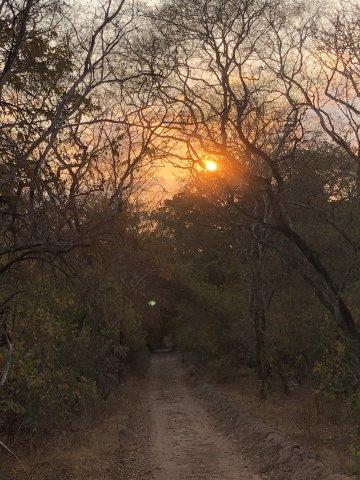 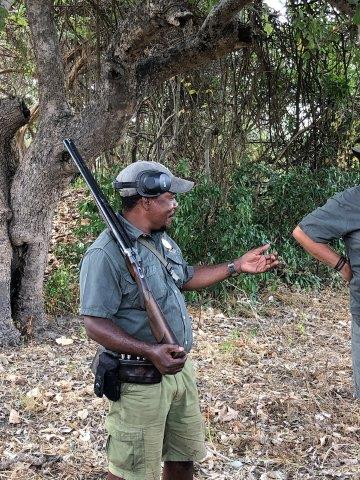 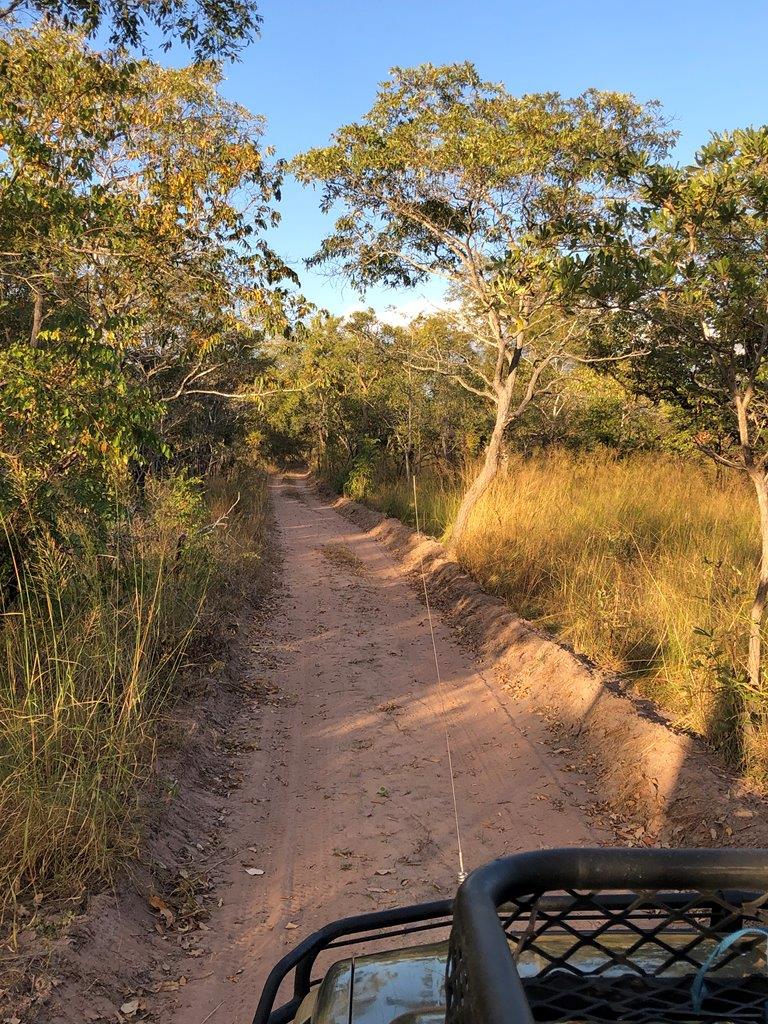 And talking of staff; camp staff help you feel nothing other than that you are in a forgotten east Africa. From the morning wake up with a hand delivered cup of coffee, silver service fine dining, snacks at the fire side, daily laundry, hot water carried to heat the shower water, through to boot polishing at the end of every day. Nothing is left out.

Ultimately the haunting call of the Fish Eagle and the grunts of hippo were those nostalgic sounds of Africa – along with sunsets flaming the evening sky that leave an indelible mark on the memory – of what was and still is under Heritage Safaris – ‘Authentic East Africa.’ 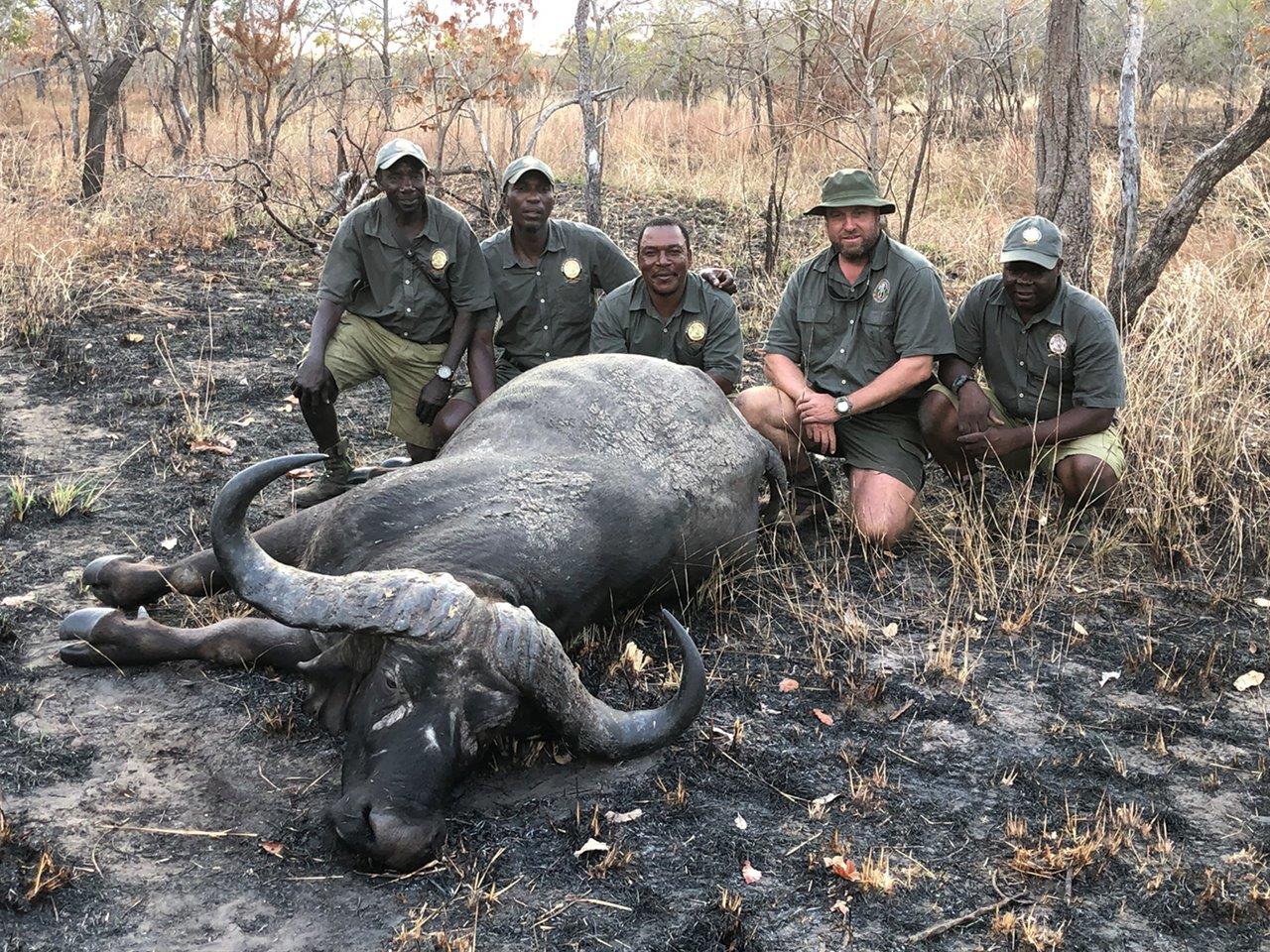 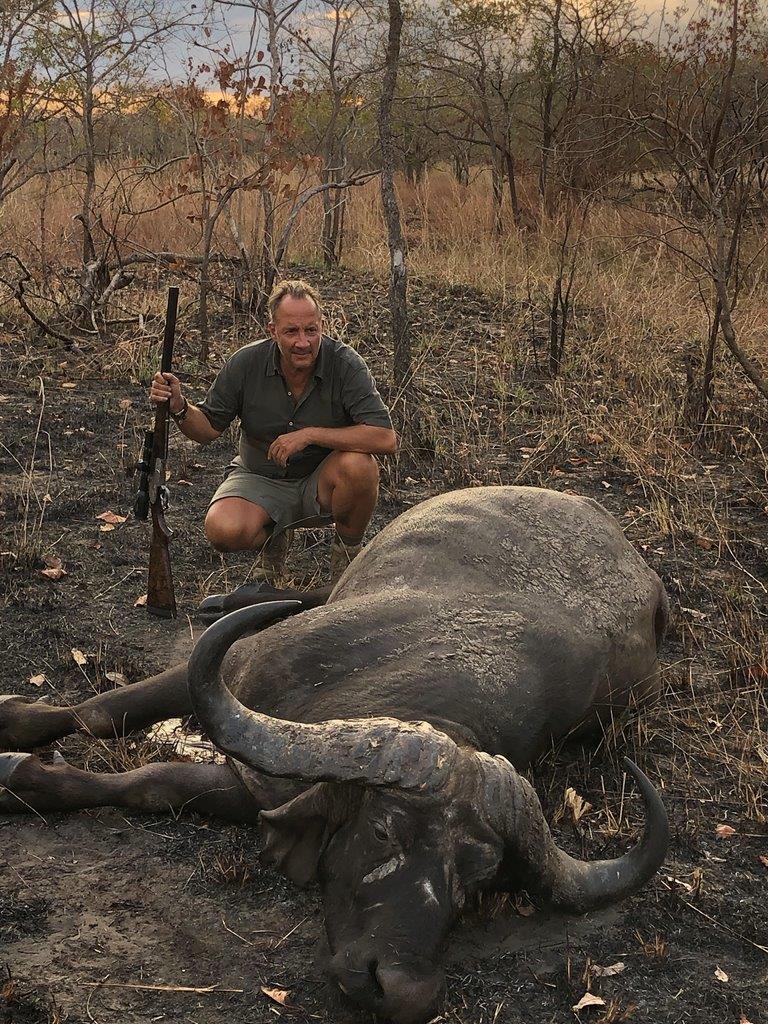 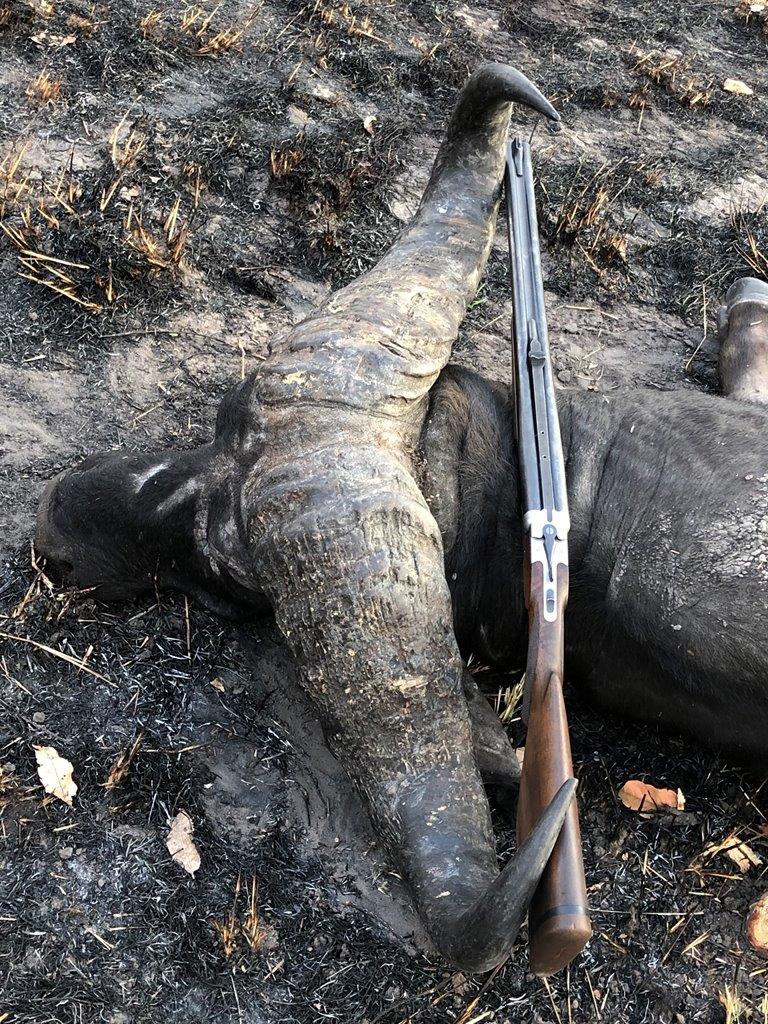 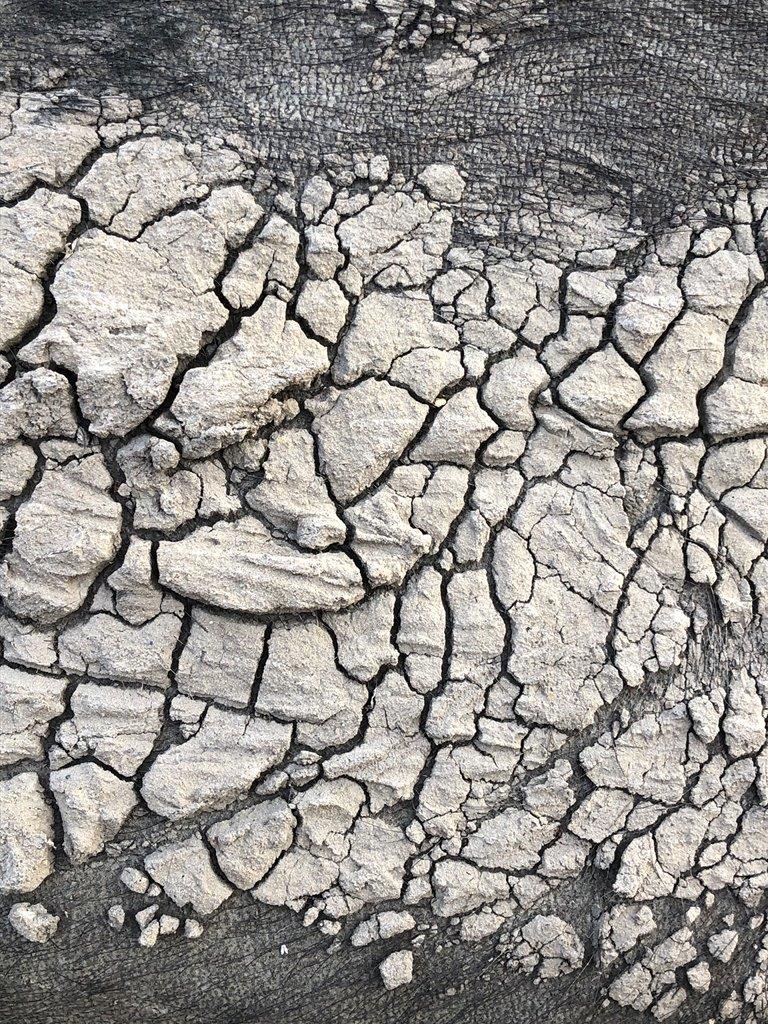 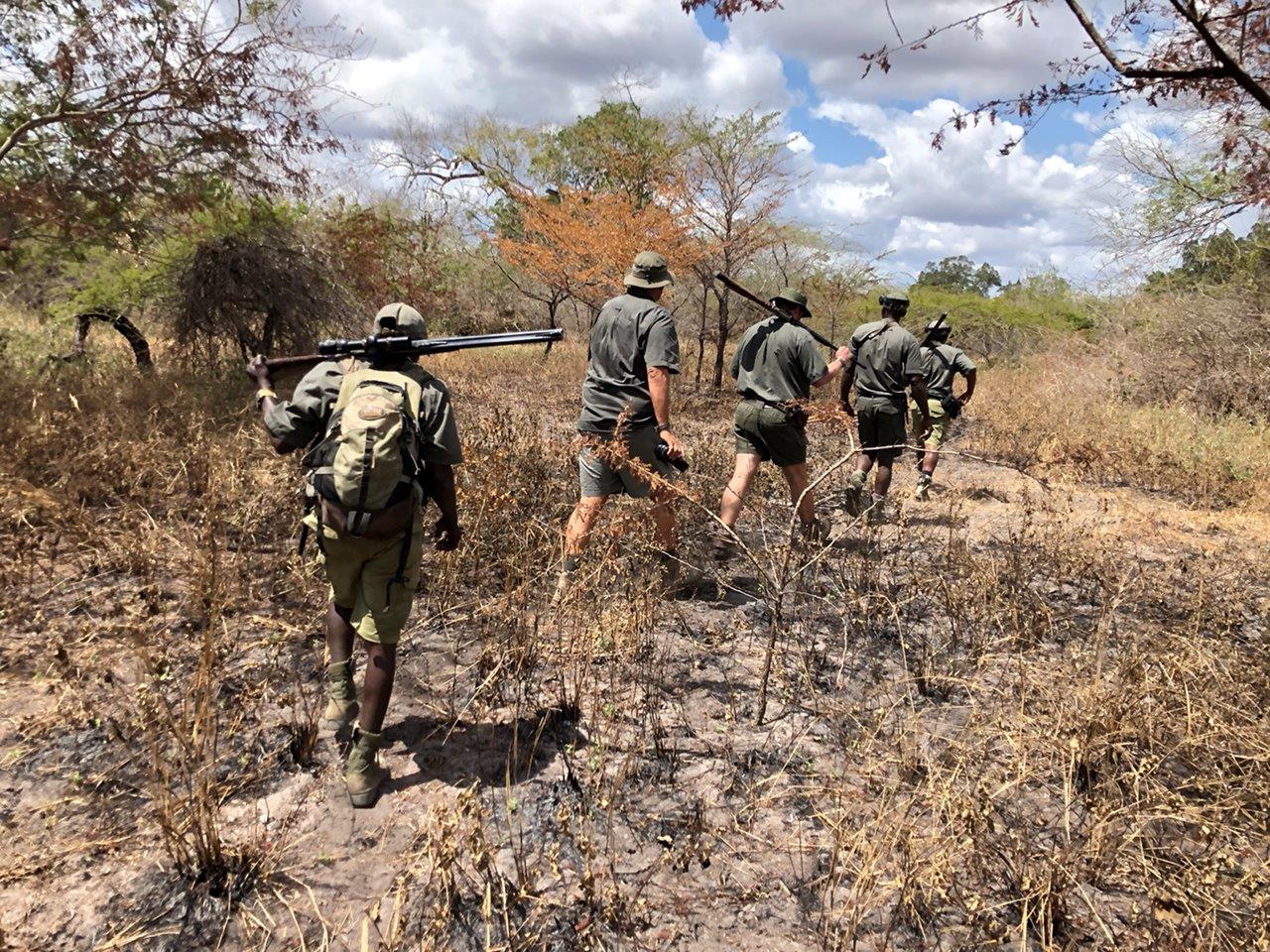 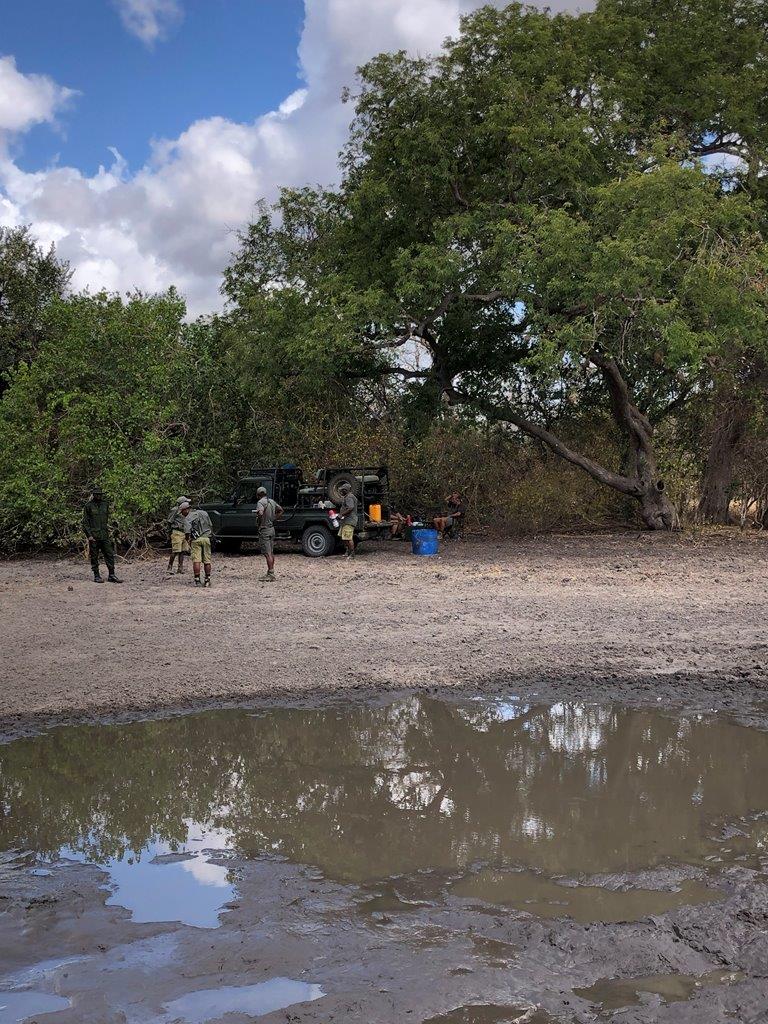 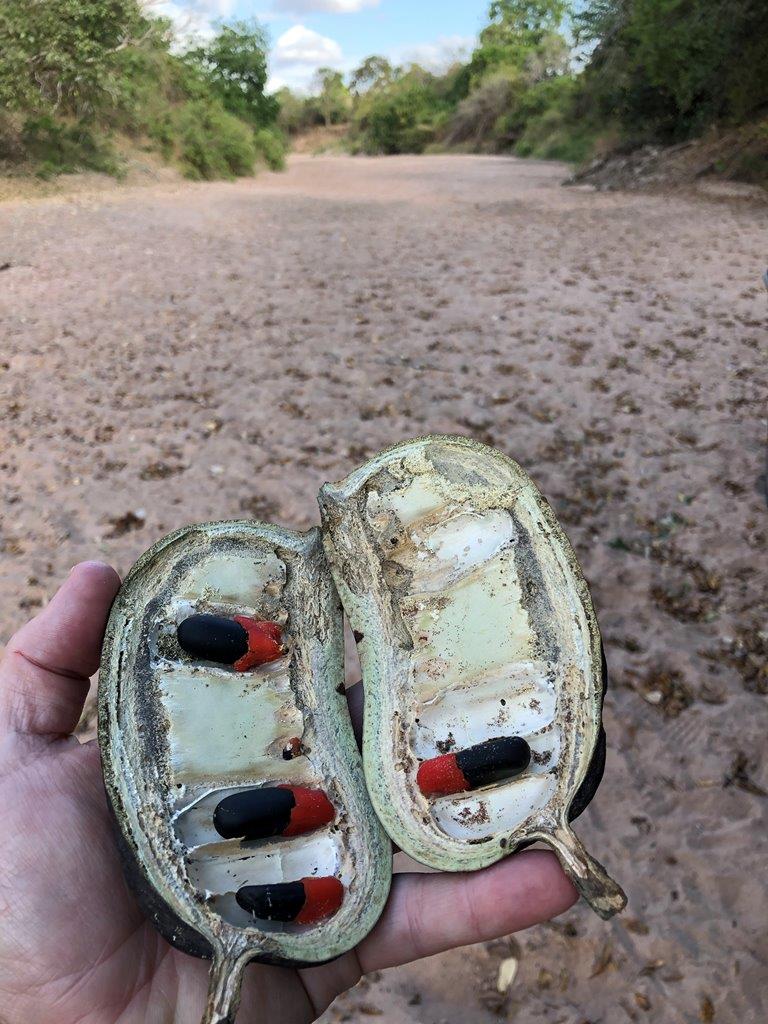 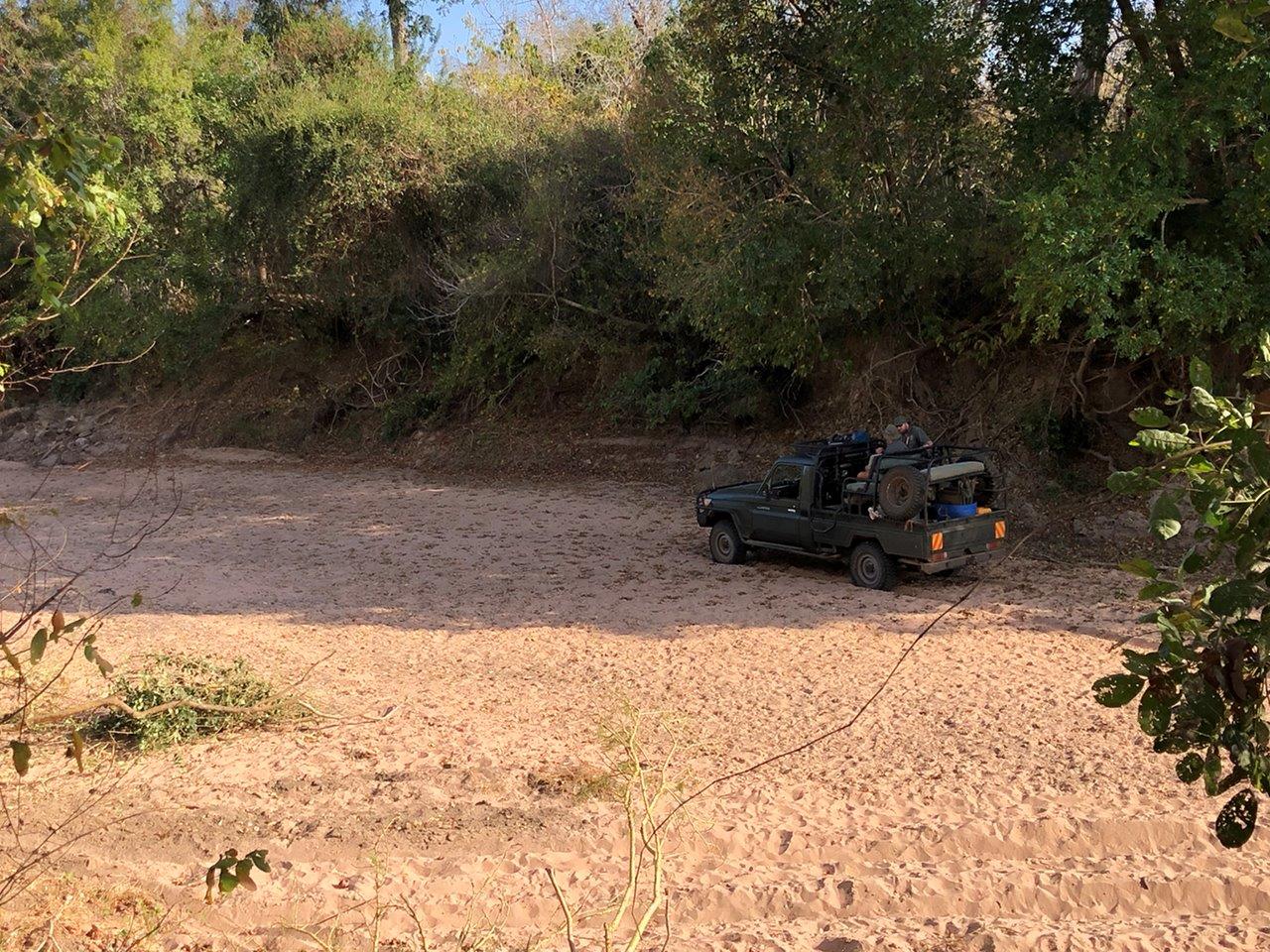 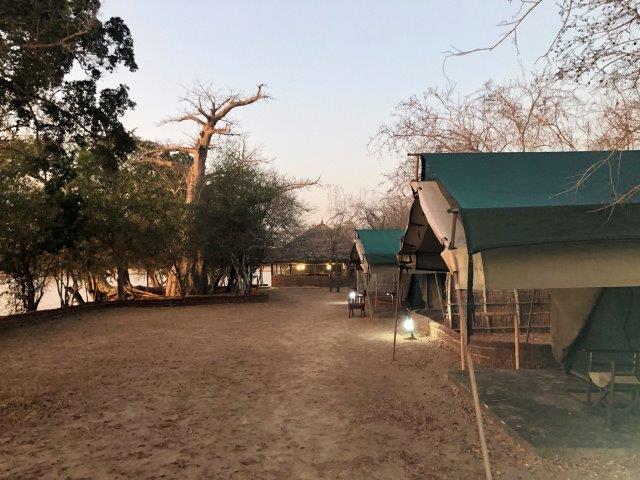 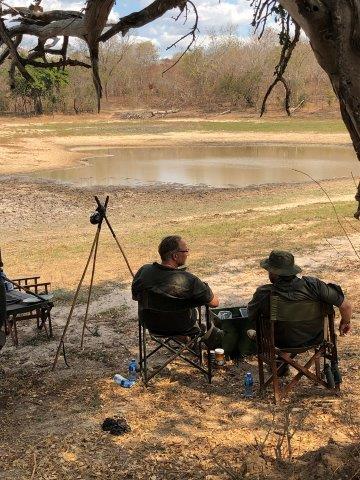 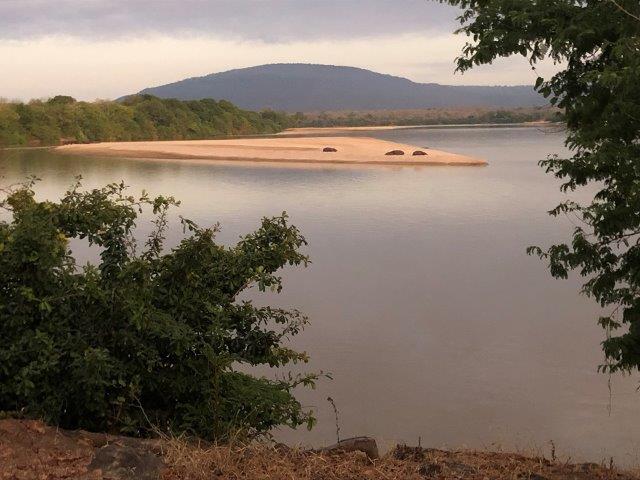 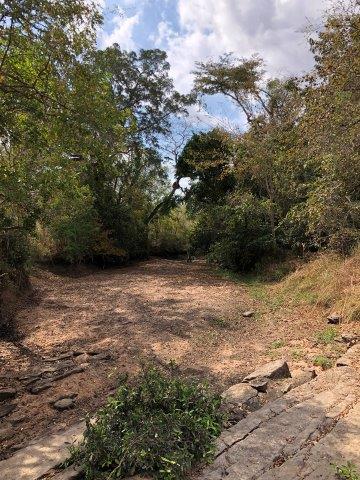 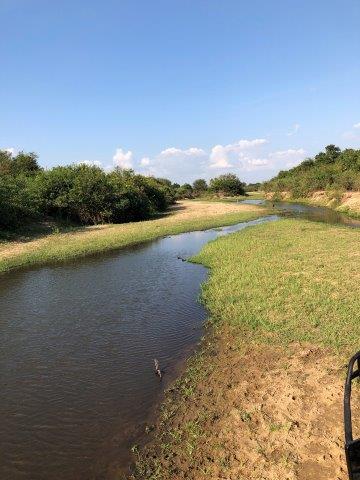 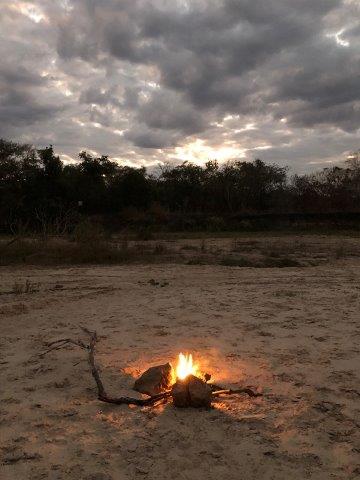 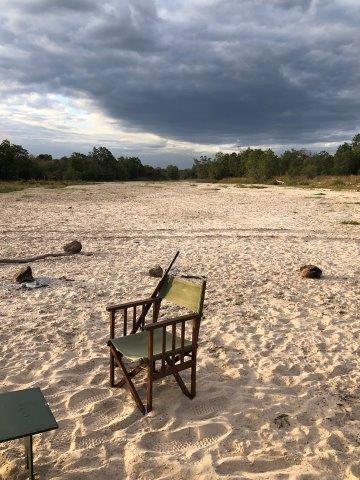 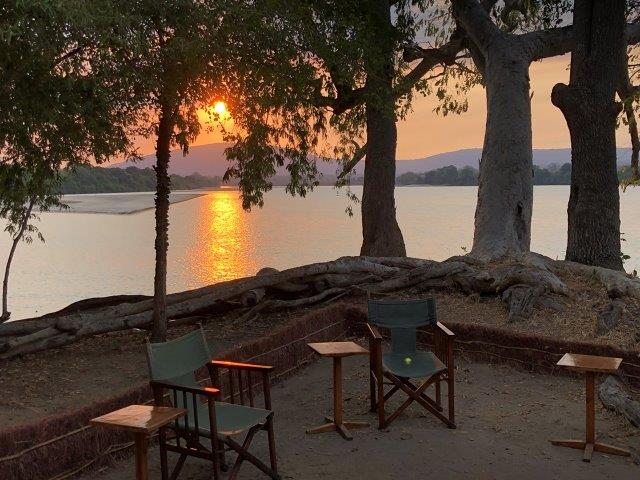