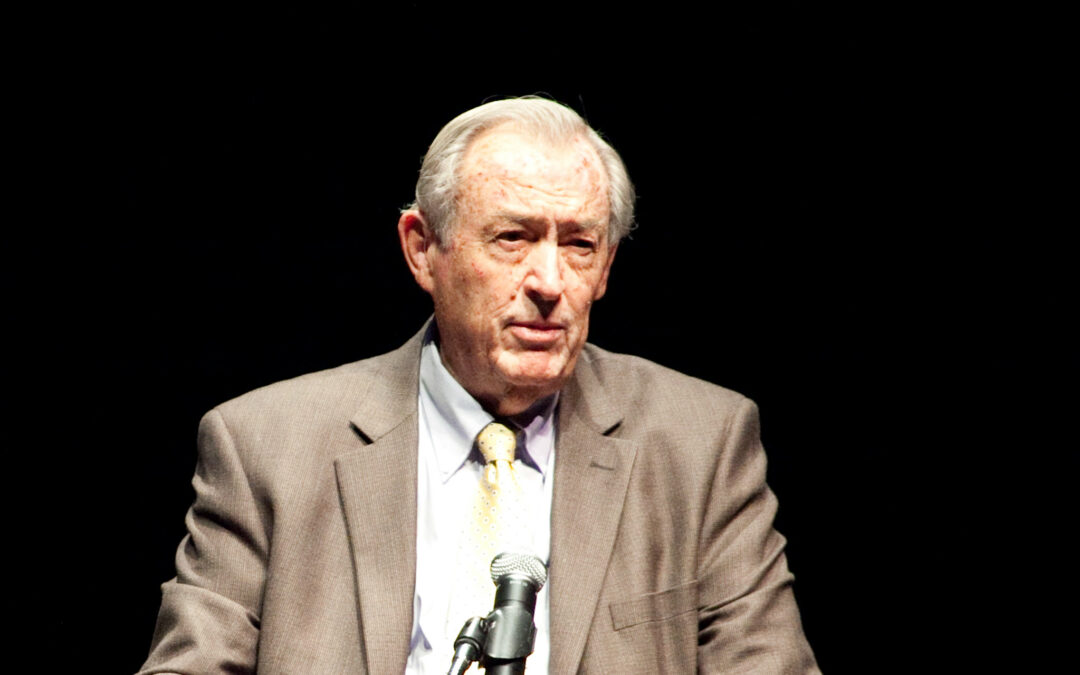 One of Africa’s most colourful conservation personalities passed away on 2 January 2022 having lived a full life: “But what a life he had: in a career spanning more than half a century Leakey transformed himself from a fossil hunter, who became a bestselling author and television star – and made a seminal documentary on human evolution for the BBC – to a pioneering conservationist with the hide of a rhinoceros.”

The quotation above comes from Graham Boynton’s tribute in the Daily Mail where he also describes him as “The fearless fossil hunter who saved Africa’s living treasures: TV star, ladies’ man… and a swashbuckling adventurer who lost his legs in a plane crash. Richard Leakey – who has died at 77 – was like a real-life Wilbur Smith hero.”

Renowned Kenyan palaeontologists, Louis and Mary Leakey, had three sons who grew up in Nairobi, where they attended the private Duke of York School. Jonathan, the eldest, Richard, and Philip, the youngest, spent their holidays with their parents on paleontological digs around Lake Victoria and Olduvai Gorge in Tanzania.

Richard and his brothers lived in tents in the bush, became fluent in Swahili, and spent nearly all of their time with the black workers on their parents’ field expeditions. Philip was quoted as saying, “We were different. We grew up in an environment where our father was considered far more African than European. We were misfits among our white peers because we identified more with all Kenyans than they did.”

After leaving school, Richard started doing his own fossil-hunting, and in 1964, at the age of 19, he discovered a 1.4 million year old human jawbone on his first independent dig, at Lake Natron in Tanzania. He decided not to go to university and instead pursued palaeontology as an independent researcher. In 1968 he received a $25,000 National Geographic Society grant to work on the eastern shore of Lake Turkana. Three years later he achieved global prominence when his team unearthed a well-preserved 1.9 million year old skull of Homo habilis, an early hominid first discovered by his parents.

Graham Boynton: “In two books written with science writer Roger Lewin – Origins (1977) and People Of The Lake (1978) – Leakey argued that his discovery proved that Homo habilis evolved into Homo erectus, the direct ancestor of Homo sapiens, or modern human beings. His find saw him ending up on the cover of Time magazine and becoming something of a cult figure, the first pop paleo”.

Although the scientific establishment regarded him as an upstart, Leakey was undeterred. Origins became a best-seller that introduced ‘palaeoanthropology’ to a broad audience. In 1980 he produced The Making Of Mankind, a major BBC documentary about human evolution, viewed by millions of people.

During the 1970s and 1980s, Leakey cemented his standing as a Kenyan patriot, both as chairman of the East African Wildlife Society, and as head of the government-run Kenya Museums. His tenure at the EAWS came under criticism as poaching, particularly of elephants, started becoming a serious issue, and yet the Society made little or no effort to bring this growing crisis to the attention of the world. His critics said Leakey was too loyal to the Kenyan government to rock the boat.

Kenya’s President, Daniel Arap Moi, finally took action in 1986, by which time the elephant population had declines by 85% and tourism to his country started to dry up [it was widely alleged that members of the President’s family were deeply involved in the ivory business]. Moi appointed Leakey to take over the running of 52 parks by the organization that would in 1990 be consolidated as the Kenya Wildlife Service. By this time most of the parks were being decimated by poachers.

“That Leakey arrested the decline and set up an outstanding conservation and policing programme is now a matter of public record. How he did it – by turning the KWS into a paramilitary unit, hunting down the poaching gangs and introducing a highly controversial shoot-to-kill policy – reads like a 20th-century African thriller.” writes Boynton.

Leakey raised millions of dollars for the KWS both from foreign government grants and from the animal rights movement, who applauded his success in combatting the elephant poaching in Kenya. But he made a lot of enemies in the process, where he was seen as setting up his own empire or ‘parallel government’, and he also became involved in conflicts with Maasai leaders over wildlife issues. Outside Kenya, he annoyed the southern African conservation community, where wildlife utilisation policies and hunting were espoused by many governments.

The southern Africans were particularly outraged when Leakey staged a massive publicity stunt by burning at least three million US dollars’ worth of ivory and rhino horn, an event specifically aimed at prime-time television audiences in the USA. This act was followed by several more in different countries, often generously funded by the animal rights movement. The southern Africans said this sent a signal to Africans that their wildlife was of no financial value, whereas those countries in which wildlife utilization through game ranching, wildlife harvesting, and hunting were showing that wildlife could successfully compete with livestock and crop-farming, thus making biodiversity conservation more viable.

On June 2, 1993, Leakey and four passengers took off from Nairobi’s Wilson Airport for a trip to Lake Naivasha in his Cessna 206, a personal gift from a wealthy American businessman. The engine quit shortly after take-off, and the plane crashed into the bush. The passengers were unhurt but the engine crushed both Leakey’s legs below the knees. After unsuccessful treatment in a Nairobi hospital, he was flown to England, where both legs were amputated.

In October 1993 Leakey returned to Kenya on artificial limbs, to find that in his absence his adversaries had moved against him and KWS was in disarray. He had made enemies in government by his management style and by flaunting his wealth – because of generous donor funds, his KWS senior staff earned far more than other public servants, and this caused jealousy and an opportunity to put a knife into his back. After first resigning, then being re-appointed, Leakey finally turned his back on the KWS.

So was Richard Leakey a conservation hero or a zero? I met him at an elephant conference in Nairobi in 1990, and again a few years later in Cape Town. He was a nice enough fellow in public, but he could be quite guileful in choosing his words to suit his audience. He befriended Dr Robbie Robinson, then Head of the South African National Parks, and elephant culling in the Kruger National Park was stopped. Currently this flagship of South African conservation is fast approaching the inevitable situation of too many elephants, with the looming impact of biodiversity loss.

Kenya’s continued wildlife policies of non-utilization and a ban on hunting have created a rift in relations with the southern African states, and Kenya’s wildlife populations are currently in decline. In the time that Namibia’s wildlife increased from about half a million head to 2 million (from about 1970 to present day), Kenya’s wildlife declined from about 1.5 million to half a million. The animal rights movement is relentless in its attempts to belittle Namibia’s community conservation success story, which includes hunting in its suite of wildlife management policies. The animal rights movement lauded Richard Leakey and showered him with financial largesse. At the end of the day, the welfare of wildlife, biodiversity and rural communities will be a true measure of his legacy.