This antelope has a relatively long-haired and shaggy coat; both sexes have white chevron between eyes. The bushy tail is brown above and white below, and have longer hooves than any other antelope (to 1 cm/7.0″). The extremely long hooves, capable of splaying widely, are an adaptation to assist walking on mats of floating vegetation and soft mud. When walking on hard ground they appear clumsy and vulnerable. Only ram carries the long, lightly spiralled horns. A number of subspecies are recognized. The western race (T. s. gratus) within Congo Basin has both sexes with abundant white spots and striping, eastern T. s. spekei rams have little or no white markings, although ewes are reddish with numerous white spots and stripes. The southern, or Selous’s sitatunga (T.s.selousi) have few white body markings in either sex. 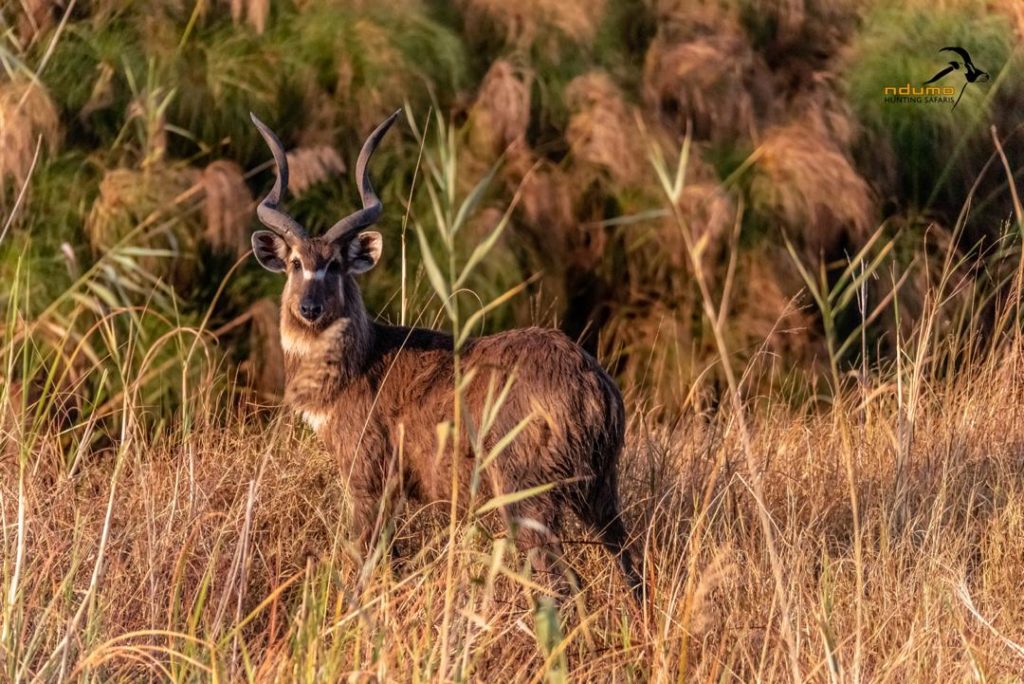 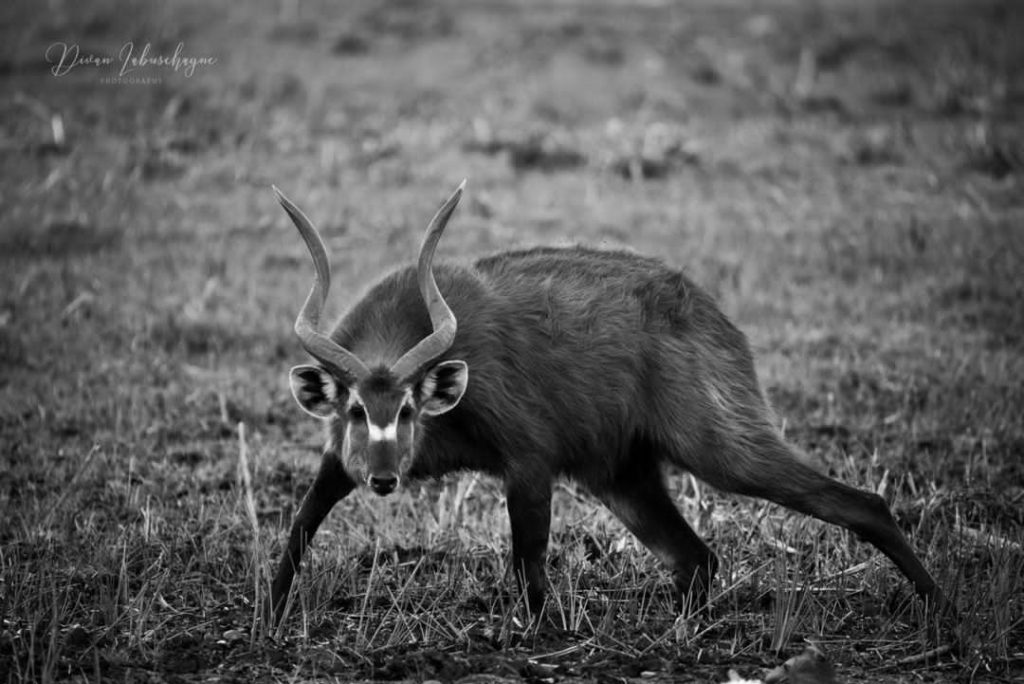 Northern race centres around the Congo Basin with a few outliers in West Africa, eastern race is in the Victoria and upper Nile Basin, southern race in the basins of Bangweulu, Zambesi and Okavango rivers. Hunting can be undertaken in Botswana, Zambia, Tanzania, CAR, Congo Brazzaville and Cameroon.

In some areas they reach high densities, such as Bangweulu (>10 000) and Kasanka of north-east Zambia, Botswana’s Okavango Delta and northern Congo Brazzaville. West African and Kenyan populations generally considered threatened. In some areas they are heavily hunted and in some countries, such as DR Congo, they occur frequently in the bushmeat markets. Frequent burning of reedbeds has also resulted in the disappearance of, or major declines in, some populations.

Dense reedbeds and well vegetated aquatic environments, but move into adjacent woodlands to feed. In some areas make greater use of woodland and known as woodland sitatunga. 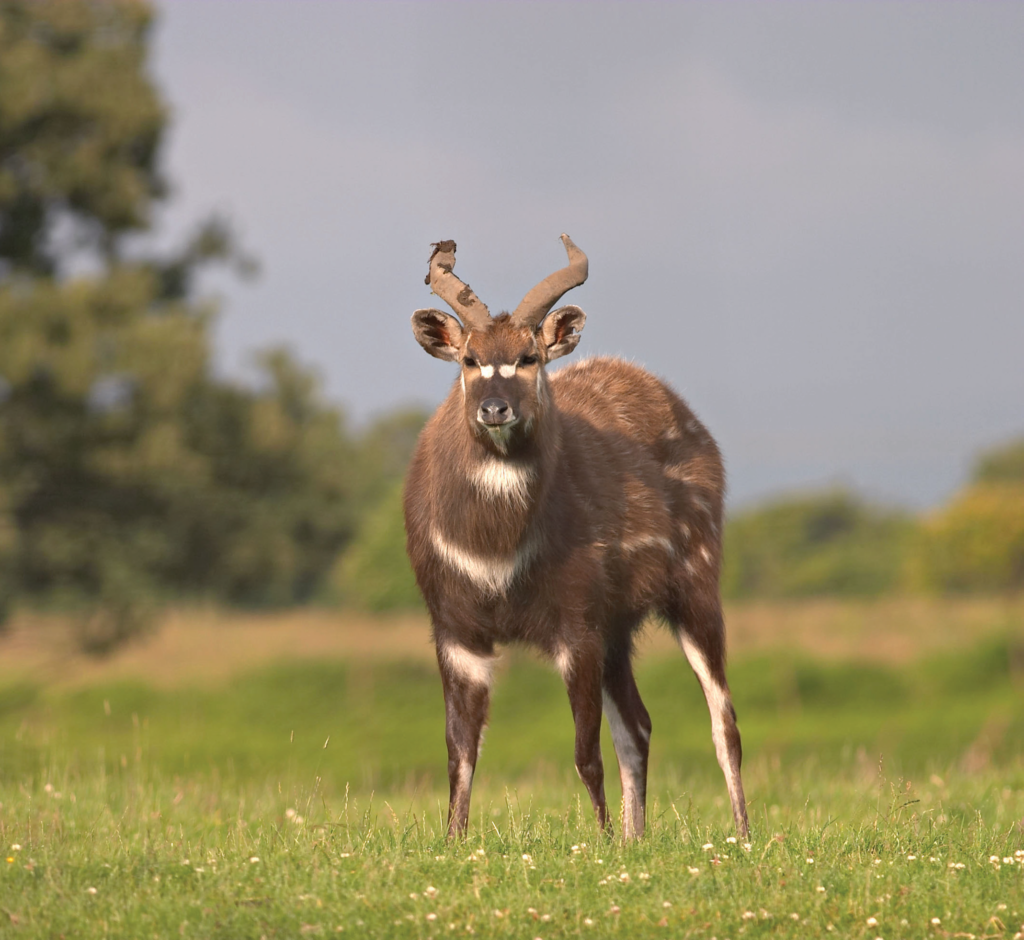 Form loose groupings and not cohesive herds of one adult ram with several ewes and their young, averaging six animals. Solitary animals, especially rams, common, as are groups of young animals of mixed sex. Mainly day active, but usually only feed in woodland at night. During hottest hours lie up in the cover of reedbeds. If disturbed, or threatened, they take readily to deep water, and can swim well. Home ranges small because of abundance and richness of their food. Can reach high densities, for example in the Okavango it was estimated that there were 234 sitatunga in just 300 km2 (116 mi2), and even higher densities in Kasanka and Bangweulu. 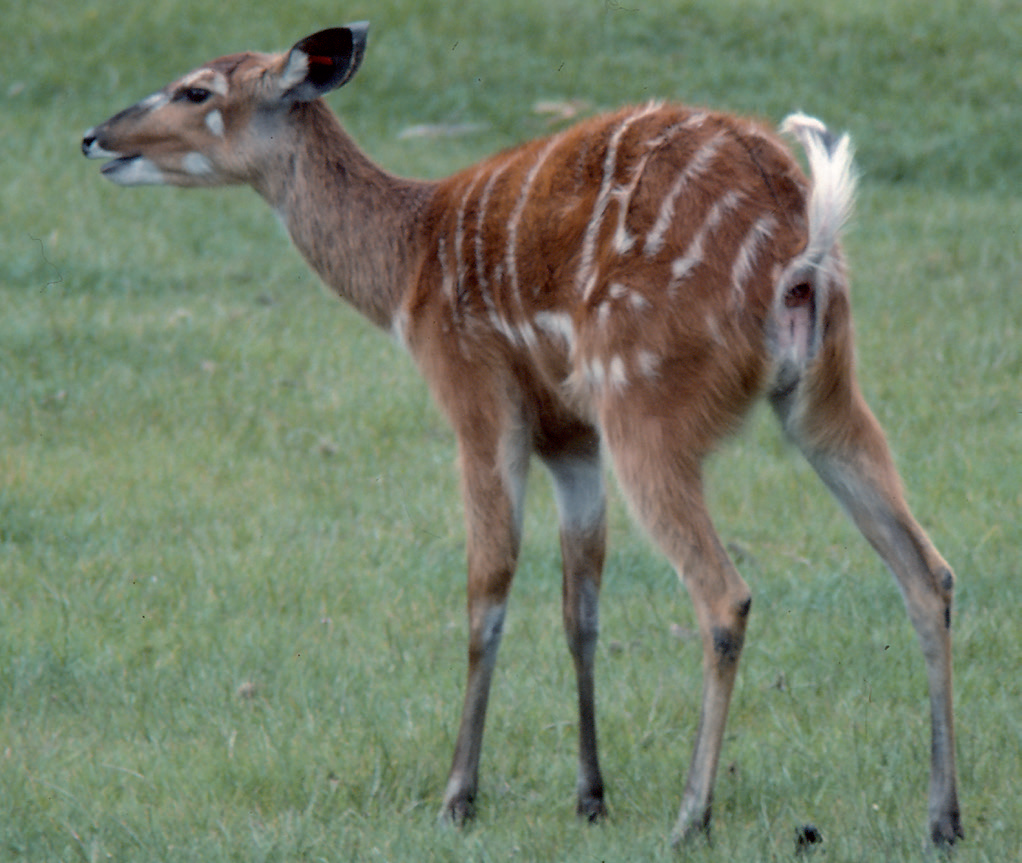 The western race of the sitatunga, here an ewe, is more distinctly marked than other races. 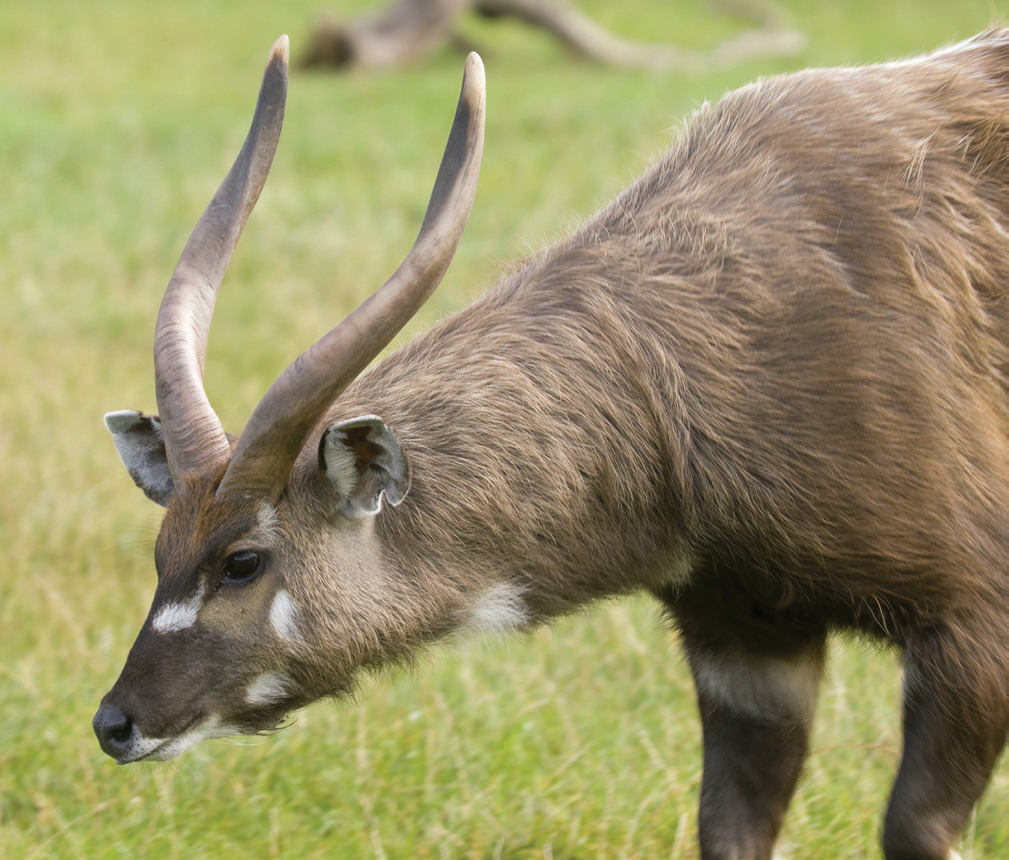