There is No Climate Emergency 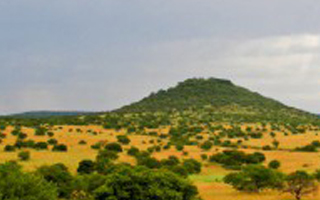 Readers will have noticed a recent massive surge in alarming international news about the climate. This is an organised, contrived campaign to draw attention to the forthcoming United Nations climate conference to be held in Glasgow, Scotland in November. The UN Intergovernmental Panel on Climate Change has carefully chosen this time to release part of its Sixth Assessment Report, and the so-called ‘Summary for Policy Makers’. Media all around the world are giving maximum coverage to the report, which has been dubbed as ‘Code Red for Humanity’.

Evidence for a ‘contrived, organised campaign’ is that more than 460 news and media partners claiming to represent 57 countries and a ‘reach’ of two billion people have signed up to “ten tips of best practice to get the climate story right”. The ‘partners’ include various universities, newspapers, and non-governmental organisations, but also Agence France-Presse, Bloomberg and Reuters. Other signatories are Al Jazeera, Rolling Stone, Teen Vogue, Scientific American, the Mail and Guardian in South Africa, and Huffington Post.

The ‘best practice’ list is the handiwork of Covering Climate Now (CCN), founded in 2019 by the Columbia Journalism Review and The Nation, with The Guardian as the main partner. The Guardian has abandoned the term ‘climate change’ for ‘climate emergency’. CCN seeks to collaborate with journalists in forging “an all-newsroom approach to climate reporting”. Read more about this co-ordinated propaganda campaign at https://dailyfriend.co.za/2021/05/17/a-climate-change-propaganda-handbook/

Is there anything new or really terrifying in the latest UN/ IPCC propaganda? Absolutely not. The ‘global warming’ scare story has been around for 33 years since 1988, and there is really very little to be worried about in the observed features of the climate during this period, or indeed over the past 100 years. The IPCC bases much of its dire warnings on computer models about the future, which are highly unreliable, to say the least.

Because of the CCN propaganda participants, you will not hear any counter-views from the many scientists who do not agree with the predictions of the IPCC. But to give readers an idea of what is out there if you look properly, here is the World Climate Declaration (2021) signed by a number of international scientists and professionals from many countries.

There is no climate emergency

A global network of 900 scientists and professionals has prepared this urgent message. Climate science should be less political, while climate policies should be more scientific. Scientists should openly address uncertainties and exaggerations in their predictions of global warming, while politicians should dispassionately count the real costs as well as the imagined benefits of their policy measures.

Natural as well as anthropogenic factors cause warming

The geological archive reveals that Earth’s climate has varied as long as the planet has existed, with natural cold and warm phases. The Little Ice Age ended as recently as 1850. Therefore, it is no surprise that we now are experiencing a period of warming.

Warming is far slower than predicted

The world has warmed significantly less than predicted by IPCC on the basis of modelled anthropogenic forcing. The gap between the real world and the modelled world tells us that we are far from understanding climate change.

Climate models have many shortcomings and are not remotely plausible as global policy tools. They blow up the effect of greenhouse gases such as CO2. In addition, they ignore the fact that enriching the atmosphere with CO2 is beneficial.

CO2 is plant food, the basis of all life on Earth

CO2 is not a pollutant. It is essential to all life on Earth. Photosynthesis is a blessing. More CO2 is beneficial for nature, greening the Earth: additional CO2 in the air has promoted growth in global plant biomass. It is also good for agriculture, increasing the yields of crops worldwide.

There is no statistical evidence that global warming is intensifying hurricanes, floods, droughts and suchlike natural disasters, or making them more frequent. However, there is ample evidence that CO2-mitigation measures are as damaging as they are costly.

There is no climate emergency. Therefore, there is no cause for panic and alarm. We strongly oppose the harmful and unrealistic net-zero CO2 policy proposed for 2050. If better approaches emerge, and they certainly will, we have ample time to reflect and re-adapt. The aim of global policy should be ‘prosperity for all’ by providing reliable and affordable energy at all times. In a prosperous society men and women are well educated, birth-rates are low and people care about their environment.

The World Climate Declaration (WCD) has brought a large variety of competent scientists together from all over the world (and it is not the number of experts but the quality of arguments that counts). The considerable knowledge and experience of this group is indispensable in reaching a balanced, dispassionate and competent view of climate change.

This group now functions as the ‘Global Climate Intelligence Group’. The CLINTEL Group will give solicited and unsolicited advice on climate change and energy transition to governments and companies worldwide.

You can read more about CLINTEL and the full list of signatories at https://clintel.org