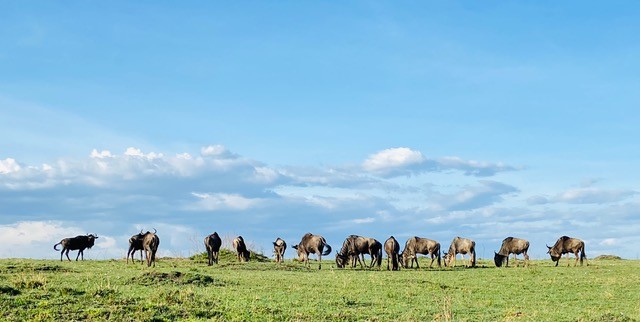 I was born in Kenya in 1965, a turbulent time in this part of Africa with the uneasy onset of the “winds of change” sweeping the continent, with all sorts of upheaval and uncertainty. Very few countries in Africa escaped this; some emerged pretty much unscathed, others today still bear the scars of this tumultuous change. Writers like Robert Ruark romanticised this time and period with novels like Horn of the Hunterand Uhuru, still two of my all-time favorite novels! Other classics and favorite reads that bring this period in Africa to life are the works of Izak Denisen, Bartle Bull’s Safari and Markham’s West with the Night to mention a few.

Kenya, too, went through its fair share of upheaval and growing pains, but it has put its hand up as one of the top safari and wildlife destinations on the continent. It certainly has the many famous and world-renowned areas like the Maasai Mara, Mount Kenya, the Aberdares, Tsavo, the Ngong Hills and Mau Forest, Lake Turkana (the Jade Sea) and then, of course, Amboseli at the foothills of Kilimanjaro, Africa’s highest mountain. Many of these unusual and distant names were made household names and put on the map by the early hunters and explorers that graced these inhospitable lands (the personalities and list is endless, from Stanley, Burton and Speke to “Karamoja Bell”, Finch-Hatton and Selous). They not only carved a name for themselves but for Kenya too. They created history, started the first safaris, and ventured into the most exciting and unexplored realms, giving birth to what Kenya truly is today, a spectacular land of wildlife, landscapes and tribal culture.  Many of Kenya’s tribes still live their lives relatively unchanged by man and the modern world, offering an insight into a bygone era of African myth and legend…the Masai, the Samburu, the Turkana, the Pokot…the list goes on!

Jumping to the present, I really believe that safari and travel to Africa through much of the last century was often seen as a type of fashion statement, something for the trendy and rich and famous! This was before Meryl Streep and Robert Redford brought Kenya and the era of safari travel alive again on the big screen with Out of Africa. The film was a massive hit, and even today I recommend it to would-be clients and prospective safari-goers. It truly embodies so many things about a very special place and a very special time.

A private safari to Kenya is a must for any keen traveler and wildlife enthusiast – it offers some of the greatest photographic opportunities in Africa, both wildlife and people. The land has so many varied landscapes and regions of natural beauty, some of the best coastline on the African continent, from world-class accommodations and facilities to the rugged semi-desert regions on Northern Kenya, inhabited by tribes that have not changed for hundreds of years. Some still warlike and proud, they have carved their own unique existence and niche in some rather inhospitable places. Other tribes are more approachable and amenable to tourists and visitor interaction. The Samburu and the Masai with their splendid, colorful “shukas” offer a wonderful distraction from game viewing and wildlife. This is one of the last places in Africa where one can have a truly interactive experience with the original native tribespeople in their natural state.

The beginning of any journey through Kenya starts with Nairobi, a city that is now one of Africa’s hubs. It bustles with life, color and sounds, and names like the Norfolk Hotel with the famous Lord Delamere room will ring bells. Today there is a myriad of choice and options. A particular favorite is The Giraffe Manor. This stylish and exclusive property offers something incredible unique. Whether dining or relaxing surrounded by Africa’s tallest mammals, it is not unusual for an inquisitive giraffe to put its head through the window and inspect one’s table!

If time permits, a visit to the Daphne Sheldrick Wildlife Orphanage is an inspiring and worthwhile way to spend some extra time in Nairobi.

The annual migration, or rather the “Great Migration” as it is more commonly referred to, meanders its way between Tanzania and Kenya in an endless cycle of movement and drama, from the birthing of the wildebeest calves on the short-grass plains of the Serengeti to the crossing of the Mara River into Kenya and the onset of the first rains. It is a miracle of nature, a magnificent and breathtaking journey, and something I believe everyone should try to see once in their lifetime at least. The Maasai Mara is wildlife-rich and possibly one of the greatest ecosystems and wildlife areas on the planet. It has diversity and beauty, teems with game, and has a rich make-up of predators. Lion, cheetah and leopard are all abundant, as are elephant and even black rhino in certain areas.

There are some wonderful safari combinations with the Maasai Mara, including conservancies to the north, such as Laikipia, Borana, Loisaba and Mugie, with sweeping views of the Aberdares and Mt Kenya (Africa’s second-highest mountain). These gems are now at the forefront of successful wildlife conservation. With community buy-in and support, they are leading the field in so many areas. Lewa is another conservancy that ranks among the best destinations on the continent, with many black and white rhino on the savanna plains. Other exciting wildlife areas in Kenya include Tsavo, the scene of the infamous man-eating lions at the turn of the last century.

Follow in the footsteps of those early adventurers and see for yourself. It will be a journey you will never forget!

Ian was born in Nakuru, Kenya in 1965. He spent the early years of his life in this incredible and varied land before his parents moved to Rhodesia, now Zimbabwe. Ian completed his schooling in Zimbabwe at Prince Edward High School for Boys before going to University where he attained an Honors Degree. He also spent a number of years in the South African Army in the 1980’s, part of a very interesting ‘life experience’ as he puts it!
Ian began his work in the safari industry in 1991, he started out as a trainee canoe guide on the Zambezi River and worked his way up through various positions and companies. He was a Game Ranger at a private reserve in South Africa and then went on to hold the Senior Guide position in a company in Malawi & Zambia. In 1996 Ian moved to Tanzania, initially managing an exclusive new safari camp and then later guiding private and exclusive safaris throughout Tanzania for a leading American owned company. He worked, lived and guided in east Africa for the next 14 years.
Ian is a qualified and experienced professional; holding both a PH and Professional Guide License in Zimbabwe and has a very strong conservation and wildlife centric background. A keen wildlife Photographer who loves to share his knowledge with his guests. Today he runs with his wife, Nonnie a successful safari operation, ‘Upmarket Safaris’ offering 50 odd years of combined experience – specializing in private guided journeys for the discerning traveler. They can be contacted at: ian@upmarketsafaris.net; nonnie@upmarketsafaris.net; www.upmarketsafaris.net 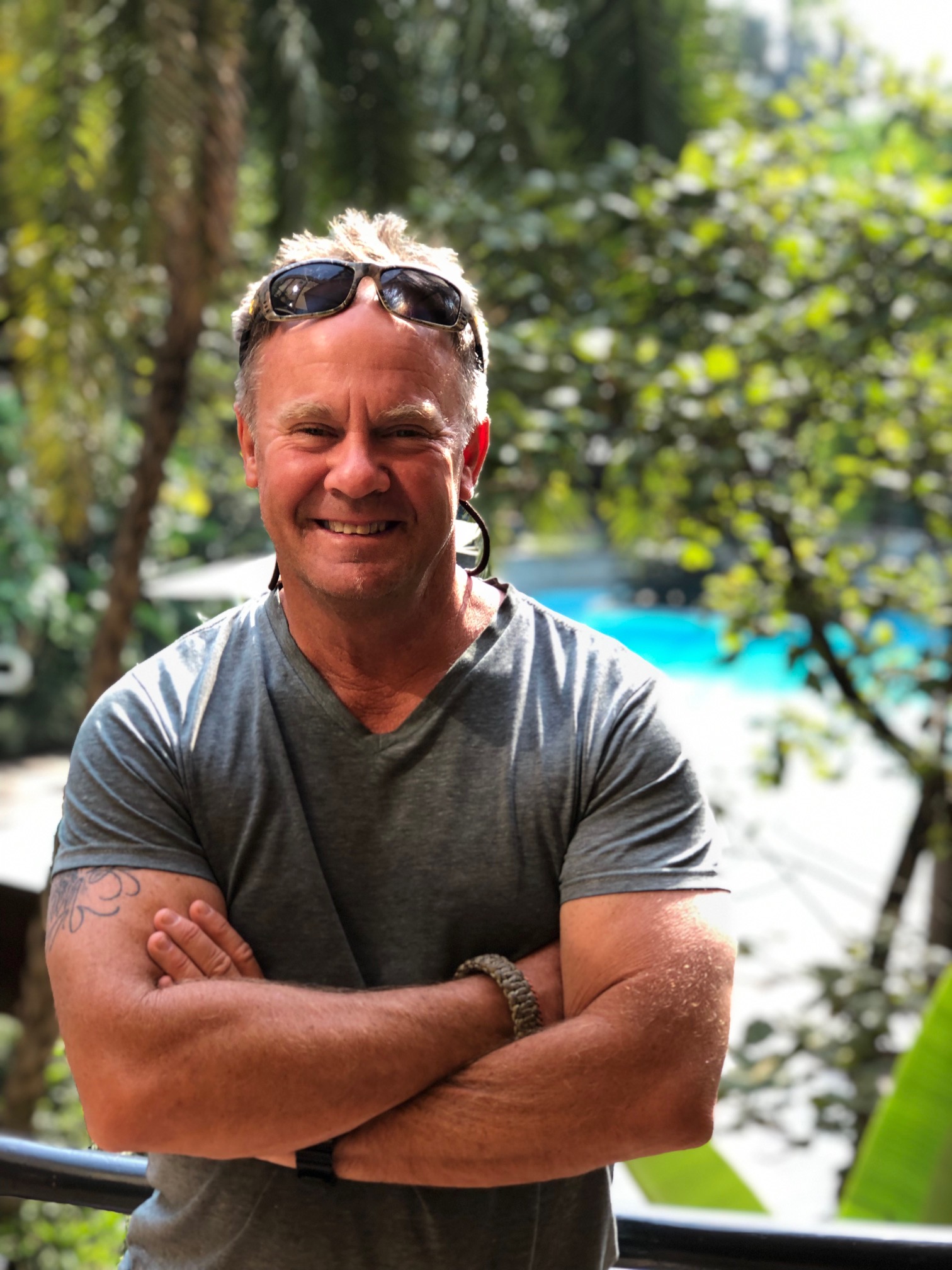