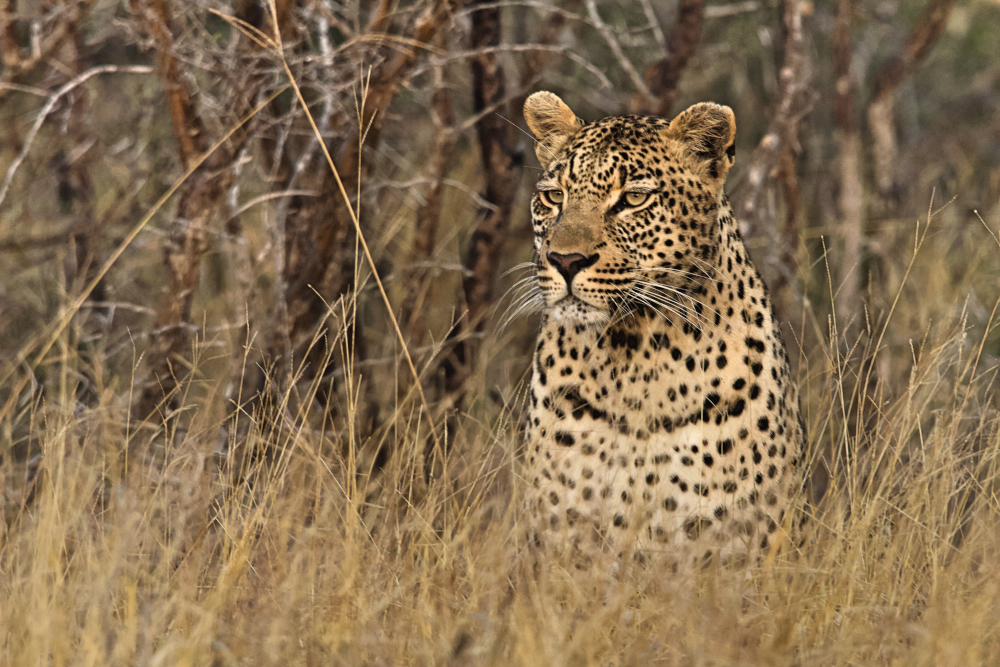 All around the world, the practice of turning to the courts has increasingly become a tactic used by activists of all kinds to stop practices of which they disapprove. This has been used by anti-fossil fuel activists to stop coal-fired power stations and off-shore seismic surveys in South Africa. Now the animal rights movement has been granted an interdict by the Western Cape High Court to prevent the hunting of Leopard, Black Rhino and elephant in terms of quotas issued by the Department of Forestry, Fisheries and Environment (DFFE).

There is a saying that goes “The Law is an Ass”. Here is the derivation of that phrase:

“This proverbial expression is of English origin and the ass being referred to here is the English colloquial name for a donkey, not the American ‘ass’, which we will leave behind us at this point. Donkeys have a, somewhat unjustified, reputation for obstinance and stupidity that has given us the adjective ‘asinine’. It is the stupidly rigid application of the law that this phrase calls into question.

“It is easy to find reference works and websites that attribute the phrase to Charles Dickens, who put it into print in Oliver Twist, 1838. When Mr Bumble, the unhappy spouse of a domineering wife, is told in court that “…the law supposes that your wife acts under your direction”, replies: “If the law supposes that,” said Mr Bumble, squeezing his hat emphatically in both hands, “the law is an ass – a idiot”.

“Whoever the (original) author was, we can be sure it wasn’t Charles Dickens. However, it was Dickens who brought the phrase to the general public. Oliver Twist was an enormous success when it was first published as a serial and has become one of the world’s best-selling novels.”

In a statement on 25 February 2022, announcing hunting quotas, the DFFE said that regulated and sustainable hunting is an important conservation tool in SA as it incentivises the private sector and communities to conserve valuable wildlife species and to participate in wildlife-based land uses, ultimately contributing to the conservation of the country’s biodiversity. Income generated by trophy hunting is especially critical for marginalised and impoverished rural communities.

The DFFE had earmarked ten leopards, ten Black Rhino and 150 elephants for trophy hunters in 2022, but the Humane Society International/Africa (HSI/Africa) went to court to seek an interim interdict to prevent this from happening. In its application for an interdict, the organisation said the Minister of DFFE, Ms Barbara Creecy, did not comply with the consultative process prescribed by the National Environmental Management: Biodiversity Act before making her decision, which meant it was invalid and unlawful.

The matter was complicated by the fact that the Covid-19 pandemic had prevented the issue of hunting quotas for 2021, and these were ‘carried over’ to 2022, which was a point of contention.

HIS/Africa said the economic and conservation benefits of trophy hunting are “materially overstated”, adding: “It is not true to assert that without trophy hunting revenues, conservation in SA would be unfunded. More beneficial, transformational long-term alternatives to the killing of threatened, vulnerable and endangered animals for fun already exist. Everyone has the right to have the environment protected for the benefit of present and future generations, through reasonable legislative and other measures that promote conservation.” 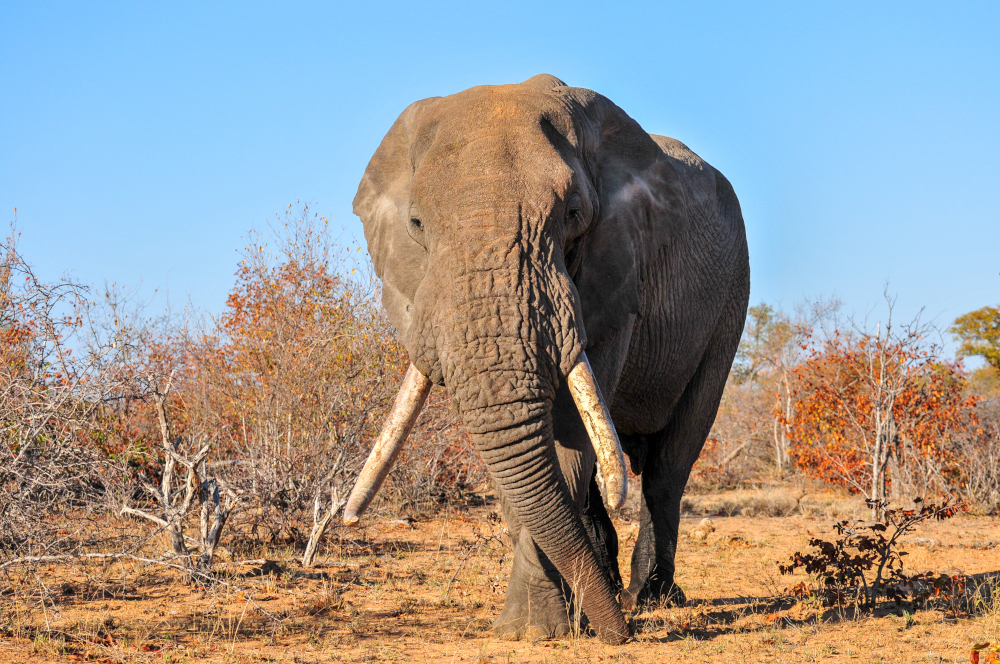 The judge granted the interim interdict, details of which may be found here:

“Where people have heavily invested and taken the trouble to protect and breed any species, there is no valid reason to interfere with the harvesting of them, especially if that’s done sustainably,” it said.

“SA is one of many countries that implement a sustainable offtake of elephants, black rhino and leopard. This is aligned with the best available scientific information on their conservation status and ensures hunting of these animals does not have a negative impact on the wild populations of these species”.

All this takes me back 33 years to 1989, when the Endangered Wildlife Trust supported two Danish researchers, Hans Hansen and Hanne Lindemann in conducting a black rhino monitoring project in the Pilanesberg National Park. By 1991, they had identified every one of the 34 animals in the population, marked them with ear-notches, and compiled a photo identity handbook for the park rangers. The researchers noted that the sex ratio was increasing in favour of males. The problem here is that the younger males fight for the territories of older males, which usually results in the death of the latter. The fighting also interferes with breeding behaviour, as a result if which fewer calves are born.

In an article in 1992 (Endangered Wildlife 11: 9-12) Hans and Hanne suggested that an old, post-reproductive male be auctioned for hunting, which would have raised a considerable amount of money for rhino research and conservation. This caused a controversy, with the uneducated public, the media and the animal rights people shouting “You can’t kill an endangered species!” While this uninformed squabble continued, the old rhino was killed by another male. In 1992 another old male, the one-eared ‘Van Gogh’ was found in poor condition outside his normal range, and the Parks Board agreed that he could be offered for hunting. The media sprang into action again, causing an outcry, and before hunting permits could be issued, Van Gogh was vulture food, instead of a valuable asset that could have raised much-needed funding.

It is beyond “shocking’ that in 2022 a judge can support animal rights activists in interfering in an activity which is based on hard-won scientific evidence and knowledge about Black Rhino biology and behaviour. All the ten rhinos that the DFFE had on their quota are old, post-reproductive males. Sound management practice makes it advisable to remove these males for the benefit of the populations. By offering them to hunters, significant funds can be raised to assist in management and anti-poaching activities that will benefit Black Rhinos and their custodians. Let’s look at some of the statements made by the judge:

“It is convenient to consider these criteria together. In the event that no interdict is granted pending finalisation of the review proceedings, of the order of 170 animals will be hunted during 2022, their respective trophies mounted by local taxidermists and thereafter exported overseas. The primary beneficiaries of these killings will be the wealthy, foreign hunters who may wish to adorn their homes, mancaves, offices, club houses and the like with the hubristic consequences of their expensive forays into the wilds of southern Africa. If the interdict is granted, those animals will be spared death at the hands of the hunters. The irreparable harm is thus the difference between life and death. It is, to use the vernacular, “a no brainer” in the test for an interdict pendent lite.“

Does this sound like the remarks of an objective, open-minded person charged with making a fair decision about the appropriate management of Black Rhinos?

“And, in any event, as I have said, if the review is unsuccessful, the desire of the fortunate few who can afford to hunt protected animals exclusively for the purpose of transporting their trophies for display overseas will not have been lost, only delayed. So too the much-vaunted inflow of foreign currency into South Africa’s hunting industry.”

The need for surplus Black Rhinos to be removed for sound management reasons does not seem to temper the judge’s apparent animal rightist views, and his clear disdain for ‘wealthy, foreign hunters’. In Namibia such individuals are welcomed with respect and gratitude, for they are in fact ‘conservation hunters’. In this case one is sorely tempted to conclude that the law really is an ass.