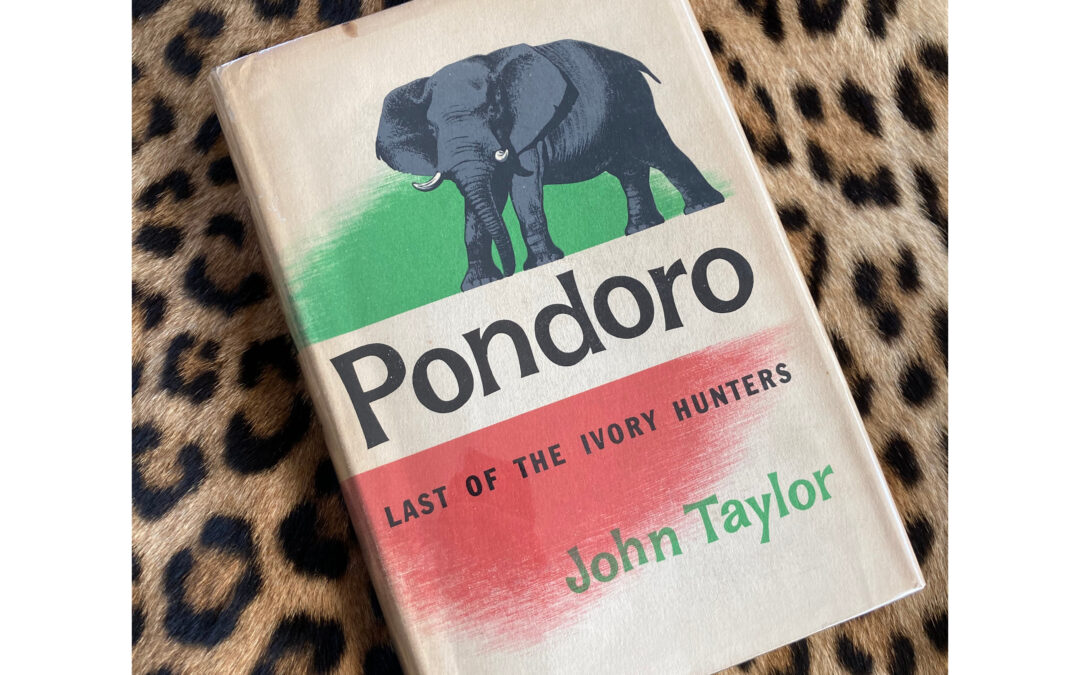 Pondoro: Last of the Ivory Hunters

It had been many years since I’d read this book when I dusted it off again last month and, truthfully, I’d forgotten what an interesting and informative read it is. John Taylor, or “Pondoro” as he was called by the natives when he first hunted Africa on the lower Zambesi, a name meaning “lion” in Chinyungwe, is probably best known for his writings on cartridges and bullets. His books Big Game and Big-Game Rifles and African Rifles and Cartridges are seminal works on the subject of cartridges, calibres and ammunition suited for African hunting. And his development of the Taylor Knockout Factor in 1948, a mathematical approach for evaluating the stopping power of hunting cartridges, is still valued by some more than 70 years later. Unlike his gun books, Pondoro is a narrative of his years as a hunter and a poacher across eastern and southern Africa in the first half of the 20th century. Some have described it as an autobiography, but it really isn’t an autobiography so much as a peak into the journals he kept when afield.

Fully a quarter of the book describes his elephant hunting adventures; he estimates taking 3,000 tuskers, 75% of them poached. Taylor makes no apologies for his poaching ways and, while that behaviour is certainly untenable today, as it was then, you can’t help but find yourself admiring his brutal honesty. In fact, the plain truth, at least as he knew it, permeates the book. He acknowledges his weaknesses as a hunter, isn’t shy about acknowledging hunting styles or game animals with which he has little experience, and is generous with praise for those hunters he sees as superior, including Percival, Corbett and Bell.

The writing throughout is matter-of-fact; he doesn’t go out of his way to glamorize his experiences or accomplishments. And while there are tales of charging elephants, buffalo and lions here, they aren’t written in a self-aggrandizing style; he believes every animal deserves to be shot well, and a wounded animal capable of charging represents a mistake by the hunter.

Taylor’s pedigree is beyond reproach. Aside from the elephants he shot for their ivory, he estimates he shot 1,500 buffalo and hundreds of rhino, along with numerous lions, leopards and countless plains game. His voice is clearly one founded in experience. As well it should be, as he spent the best part of 35 years wandering the plains and bushveld, with his safaris often extending to two and three years. Any hunter wanting to learn the ways of African hunting rather than just reading tales of hunting exploits, owes it to themselves to read Pondoro. The text is chockfull of tips, tricks and best practices that will serve today’s hunter as well as they did Taylor himself.

One aspect of Taylor’s text that falls a little short are some of his interpretations of the life history and behaviour of the animals he describes—several are rooted in myths and legends that have since been disproven. That’s a minor complaint, to be fair, and pales in comparison to his descriptions of first-hand experiences not only with the Big 5, but with a wide array of African game. Whether you want to read about hyenas, kudu, snakes or gerenuk, Taylor has hunted them all and willingly reveals his knowledge and experiences.

A rough-and-tumble type, Taylor was a man’s man, both literally and figuratively. Accusations of homosexual behaviour resulted in his persecution and, coupled with his poaching habits, led to him becoming persona non grata in Africa. Worse yet, he couldn’t shake the accusations back home in England, couldn’t find meaningful work as a result, and died a poor man in London in 1969.

Taylor’s legacy lives on in his books, however, and if you want to be both educated and entertained, Pondoro should be on your reading list.