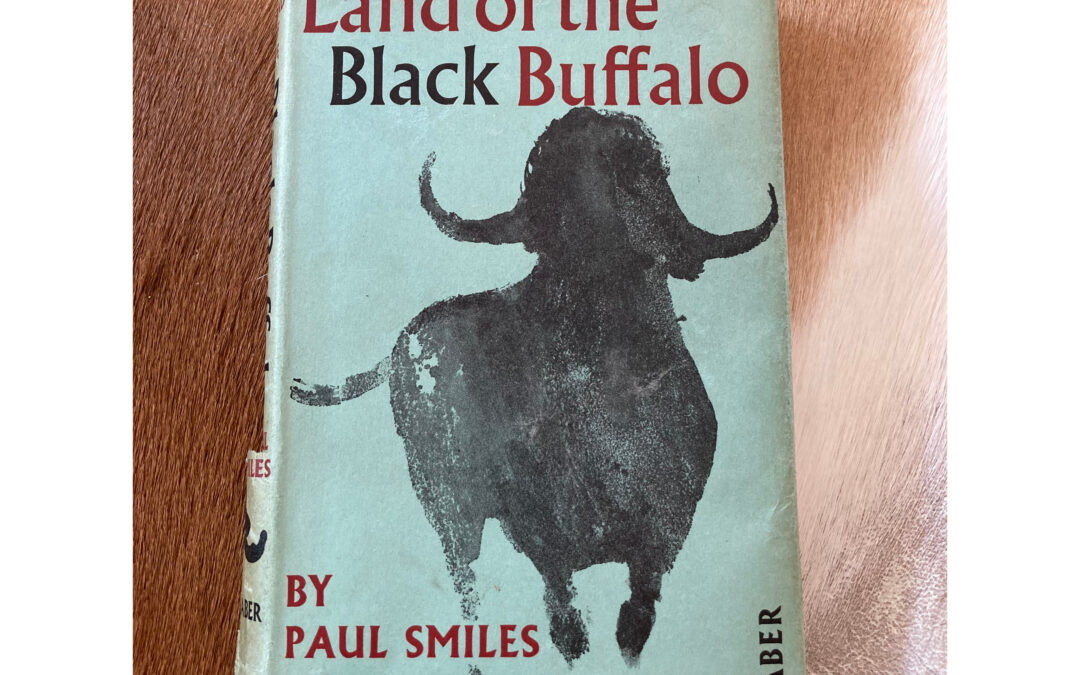 Land of the Black Buffalo

On a comparative basis, there is very little in the way of classic hunting literature focussed on what is today’s Botswana; professional hunting wasn’t prevalent there through the golden years of East African hunting. Paul Smiles’ autobiographical Land of the Black Buffalo is one of the few available books dedicated to this wonderful game land.

In 1948, after serving in WWII, Smiles took on the job of game ranger in northeastern Bechuanaland, in what became Botswana following its independence in the mid-1960s. He lived in a camp called Chuchubegho, which was little more than a small two-room house and a couple of outbuildings in a grove of trees, from where he and his small staff had responsibility for a vast and remote region. His job was twofold – to rid the area of tsetse flies and, concurrently, of buffalo. Tsetse’s and the sleeping sickness (Trypanosomiasis) they carried were a threat to the emerging cattle industry, and buffalo were prime hosts of the disease. Land of the Black Buffalo details Smiles’ time battling these two disparate animals in a linear area created by the establishment of two miles-long fences that separated the “settled” area from the game area.

As one might expect, the book describes his many harrowing encounters with buffalo in the thorn veldt, but he gives equal billing to his efforts to eradicate the tsetse, and the reader is sure to learn plenty about the ecology of tsetse flies and their impacts on game, cattle and people. Did you know, as an example, that tsetse flies don’t lay eggs? Instead, as Smiles describes, they extrude nine or 10 grubs, or larva, that they hide in rock piles and under logs. There the larva pupate before eventually emerging as adults, winged marauders that live on blood and potentially transmit a disease that can be fatal to people and livestock, but to which game is immune. And they aren’t born carrying the parasite that causes sleeping sickness, but pick it up when feeding on the blood of animals carrying it. It was for that reason that his orders were also to wipe out any buffalo between the fences.

In Land of the Black Buffalo, Smiles also describes his encounters with elephants and giraffe that were notorious for destroying the fences, along with his many confrontations with lions, one of which had severely mauled his predecessor.

What’s particularly enjoyable about Smiles’ book is how well it’s written. He was clearly well-educated and crafts a sentence well. His writing is descriptive but down-to-earth, not the stuffy writing you find from many Englishmen of his era; it’s an easy and enjoyable read that should be in everybody’s library of African hunting literature.