Crisis in the Cradle of Rhino Conservation 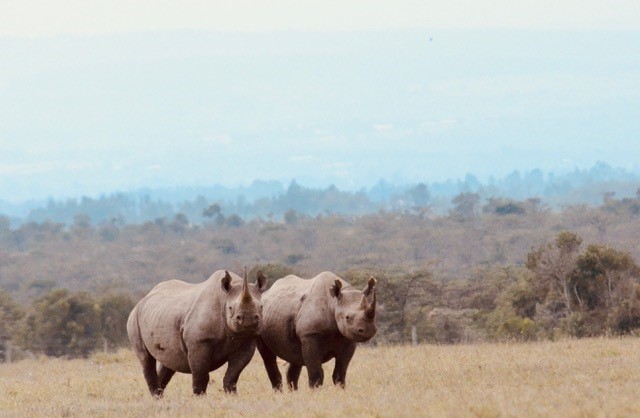 The Natal Parks Board was once upon a time one of the most effective and admired conservation organisations in the world. With its neatly dressed, disciplined and highly motivated staff, these men epitomised the popular image of the ‘Game Ranger’, and I remember as an infatuated schoolboy writing a letter to the NPB asking how I could also become one of these superheroes. I received in return a polite typed note on an NPB letterhead, suggesting that I should go and study Zoology, which indeed I did, but my career moved in a different direction after that. The Natal Parks Board with its legendary Dr Ian Player, was responsible for saving the Southern White Rhino from the brink of extinction. So successful were they that surplus animals were spread across Southern Africa and the world. Private owners acquired breeding stock, and trophy hunting ensured that rhinos were valuable and valued animals, and their numbers continued to increase.

But the iconic Natal Parks Board is no more. The advent of a democratically elected government in 1994, and the replacement of the NPB and its senior staff by a new breed of South Africans, many motivated for all kinds of reasons other than a love of wildlife and a passion for conservation, has resulted in an organization that is mired in controversy, and a cradle of rhino conservation that is now a bloody killing ground. Now known as Ezemvelo KZN Wildlife, the parks under its control have been facing an unprecedented level of poaching of both the critically endangered Black Diceros bicornis and the White Ceratotherium simum Rhinos. The onslaught has been so intense that rhino once again face extinction in this once-secure corner of Africa.

So far this year a total of 123 rhino have been poached in the province. The rhino poaching syndicates are extremely well organised, and move their operations around the country, apparently in response to intelligence about where anti-poaching activities are slack. After mainly targeting the Kruger National Park, the rhino poachers met increasingly stern resistance from the KNP’s well-organised and fortified anti-poaching staff, equipped with sophisticated remote sensing devices, helicopters, trackers and dogs. Then followed a shift to the rhino populations in the Eastern Cape, but since 2012 the KZN parks, particularly Hluhluwe iMfolozi Park (HIP), have been targeted. Numbers have escalated since 2012 (50 killed), 2014 (100 killed), 2016 (150 killed) and 2017 (200 killed).

Back in 2016, a task team was commissioned by the former KZN premier, Willies Mchunu, to investigate issues around rhino poaching and related criminal activity in KZN, including the role of provincial and national government departments and bodies dealing with such matters. The team comprised representatives from the following organizations:

Curiously, the representatives of the South African Police Services and the State Security Services were withdrawn at an early stage, and no support was received from the Directorate of Public Prosecutions. This contributed to a significant delay in the remaining members finalising this report, which was delivered to the current provincial premier, Sihle Zikalala, more than two years ago. There was considerable public interest in the findings and recommendations of the task team, but its members were forced to sign non-disclosure agreements and were sworn to secrecy.

Eventually, in May 2022, after the Democratic Alliance had made a court application for public access to the document, Premier Zikalala released Part 1 of the report. It is a shocker, and a serious indictment of Ezemvelo and its Board and senior staff members. Too long to report on fully here, a few extracts will help convey the contents of this report.

The Rhino Security Manager, while based in Durban, was appointed to manage and co-ordinate all rhino poaching matters…(he) had no control or command over other resources deployed on the ground, and in particular had no authority over any staff in the Reserves.

We were advised that Ezemvelo has its own internal Wildlife Crime Investigation Team, however Rangers that we interviewed reported that they had no interaction with this team, and as such could not express any opinion or sense of confidence in them. This lack of co-ordination appeared to us to be a major gap in anti-poaching efforts.

Of particular concern is that the most qualified and experienced investigator was withdrawn from rhino crime investigations and is now based in the Ukhahlamba Region. In the light of the poaching crisis it would be common sense for the most experienced and competent investigator to be deployed where his skills would be of most benefit.

It was also noted with concern that due to the change of companies procured for helicopter services, experienced pilots who had an intimate knowledge of the terrain were changed for new pilots who would have to gain the necessary experience.

During the investigations of the Task Team it was evident that challenges in leadership and management had a direct impact on the efficacy of anti-rhino poaching activities. Poor management practices has led to a breakdown of morale in the organization, this being felt acutely by rangers on the ground who are the mainstay of anti-poaching activities within the boundaries of the various parks.

The CEO also indicated that the working relationship between him and the Board was poor, causing adverse consequences to the wellbeing of the organisation generally. One of the complaints of the CEO, echoed by various levels of management, was that certain Board members frequently meddled in operational activities, by becoming involved in the day to day management of the organisation and directly interfering with the work of the CEO and management.

A startling example of the Board exceeding its mandate was its involvement in a potential agreement between The Royal Rhino and Elephant Reserves of Southern Africa (Pty) Ltd. Effectively, this agreement would have outsourced nature conservation in the KZN reserves to the abovementioned corporation, the Board would have abdicated its statutory obligations to protect and manage protected areas within the province, to a private company with vested financial interests.

Other leadership challenges involved the concentration of senior staff at head office in Pietermaritzburg who would be responsible for all procurement and other major decisions.

It was apparent to the Task Team on its visits to the reserves that the standard of tourism facilities had dropped significantly. In the Hilltops Resort, maintenance issues on buildings were the subject of frequent complaints by international tourists.

Until recently the Park Manager of Hluhluwe-iMfolozi Reserve did not reside in the reserve but in fact lived in Durban some 300 km away from his area of responsibility. This anomaly was allowed to continue even though this was contrary to policy which required that the Park Manager resided in the park.

The previous Conservation Manager for iMfolozi Reserve, although he did have a residence in the Reserve, reportedly was seldom found to be in the reserve and spent most of his time living outside the area.

The Conservation Manager for Hluhluwe was reported to be often absent from his post.

And so it goes on and on about a provincial conservation agency in disarray, failing in its responsibilities to safeguard the biodiversity of South Africa, in accordance with the requirements as a signatory to the Convention on Biodiversity. The low morale of the men on the ground, a park manager who did not even live in his park, the general breakdown of discipline and pride: these are fertile grounds for disaffected employees who will pass on information to the poaching syndicates, sweetened by some welcome cash, perhaps? And shipping your most experienced rhino crime investigator to the Drakensberg where there are no rhinos? Just to make it a bit easier for the poaching syndicates, perhaps?

And the early withdrawal of representatives of the South African Police Services and the State Security Services from the Task Team? Well now, there’s a thing… could it be that the poaching syndicates are so powerful that they hold influence over both organizations? It would appear to be the case, judging from an exposé on Al Jazeera television news showing camera footage of a former Minister of State Security in apparent possession of a poached rhino horn.

And surely the national Minster for Forestry, Fisheries and Environment should be taking a strong interest in this festering sore in our national conservation matrix? Well, no, she seems to be very busy with her draft Climate Change Bill, which has been described as “a monstrous absurdity”.

With a cast of characters like this holding the future of a critical rhino population in their hands, what hope is there for their future prospects? Not much, I fear…