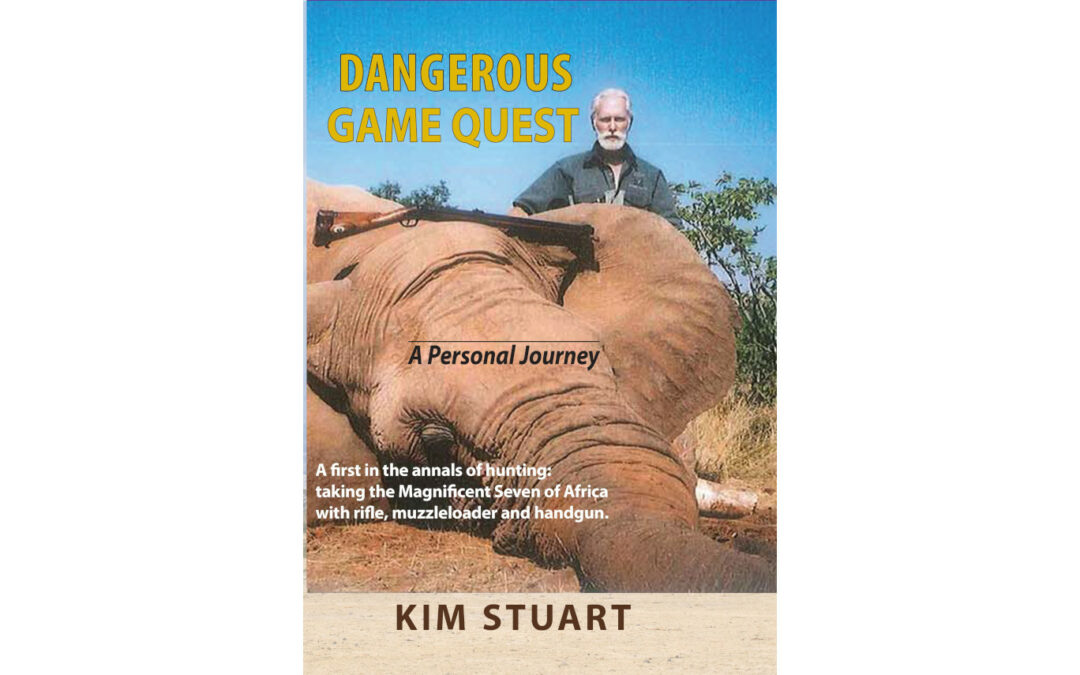 Unlike the months-long safaris of the past, the opportunity to be challenged on an African safari nowadays has become a rare one. In an effort to find a demanding and unique challenge, the idea of taking the Magnificent Seven dangerous game animals of Africa with a muzzleloader built by a friend becomes a paramount hunting pursuit for Kim Stuart.

Sharing the challenge with Kim from the second safari to the last is his good friend and blackpowder rifle builder, Jim Gefroh.

Along the way, they have the honor of meeting some wonderful and courageous men – professional hunters whose incredible skills and expertise keep Stuart and Gefroh relatively safe and out of danger on some amazing safaris, tracking the world’s most dangerous animals.

The quest becomes a life-changing experience for Stuart and Gefroh, and their passion and excitement for the adventure is riveting and compelling.

Kim Stuart and his wife of 39 years live on a small horse property in Northern California. They contribute to a number of health and educational projects in Africa and Asia. As a member of the Outdoor Writers Association of California, he has published numerous articles about hunting in Africa. Stuart is also a member of the African Big Five Hunting Society and the Safari Club International Muzzle Loading Hall of Fame.

“One Man’s Quest opens the door to the world of big game hunting, as seen through the eyes of someone to whom the trip is more than half of the pleasure. Mr. Stuart’s book is a must for anyone willing to reach beyond his own horizons.”

Andre Le Gallo is a retired senior CIA officer and author of The Caliphate and Satan’s Spy.

“I know you will enjoy Kim’s writing. He is colorful and a bit crazy (I think shooting a 4 bore is crazy, as is chasing a tuskless cow elephant – but I’d do that). He’s honest, self-deprecating, and loves all things animal.”

“Thankfully Kim has written this book, so that now all of us can share these adventures…from the safety of our homes!”