It was just over 20 years since I last sat down and had dinner with Johan after his life-altering buffalo attack.

Much has changed in Johan Calitz’s life since then; and what a treat to catch up and spend five whole days with this extremely impressive, but unassuming member of the hunting and tourism industry. “I owe everything to the elephants,” is something Johan said in our time together. Even the logo of the luxury photographic camp, Qorokwe, was what he specifically wanted incorporated, subtly paying tribute to these African wonders of nature.

Johan started hunting because of his father who was, and remained, a passionate hunter. Johan shot his first elephant at 14, and then by 19 he had taken the Big Five. Whether that is something the average teenager can even comprehend, let alone absorb and appreciate, is debatable. What is not up for debate, is how that laid the foundation for his future career. Johan has gone on to respect and revere these creatures more and more, eventually running Africa’s greatest elephant hunting operation along the way. This kind of success could understandably go to one’s head – over 120 bulls in one season when at its peak. Hunting Africa’s greatest animal, the ultimate in big game, certainly in age and size, was something Johan took in his stride, while remaining the humble person he always was.

And then it stopped. 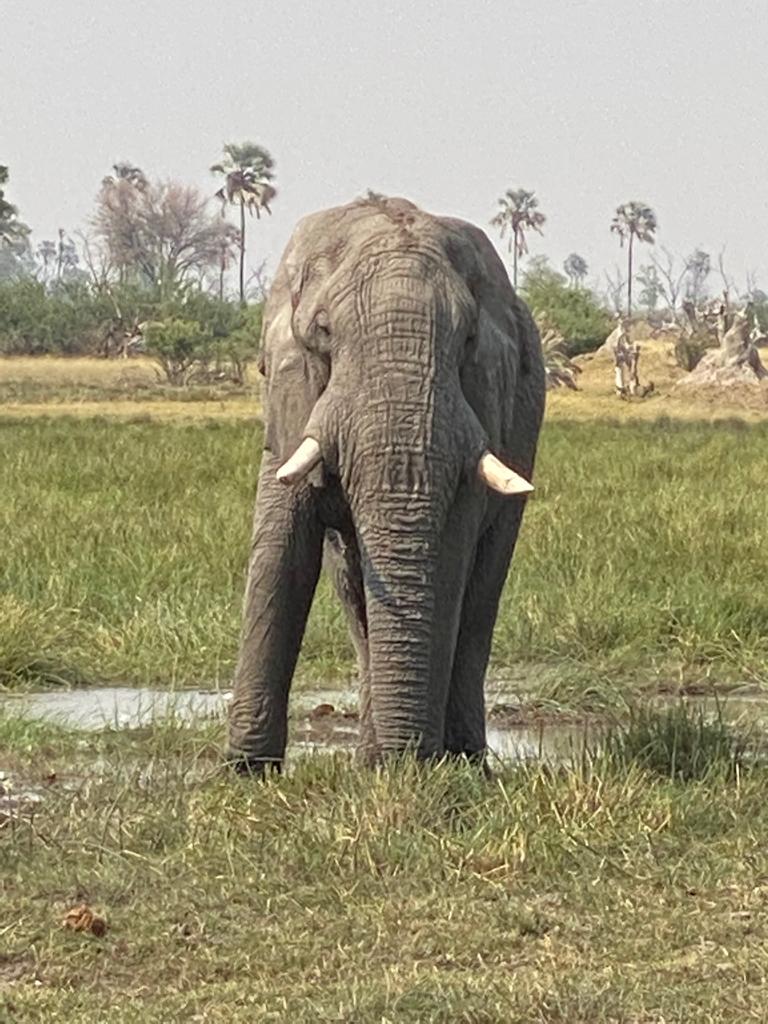 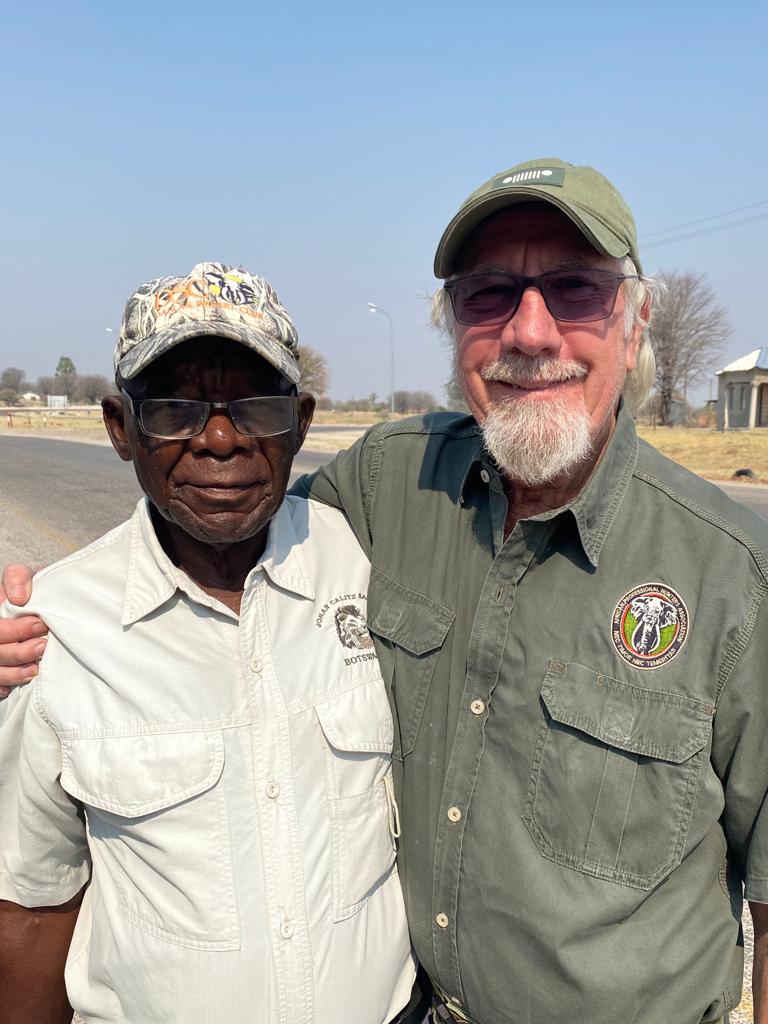 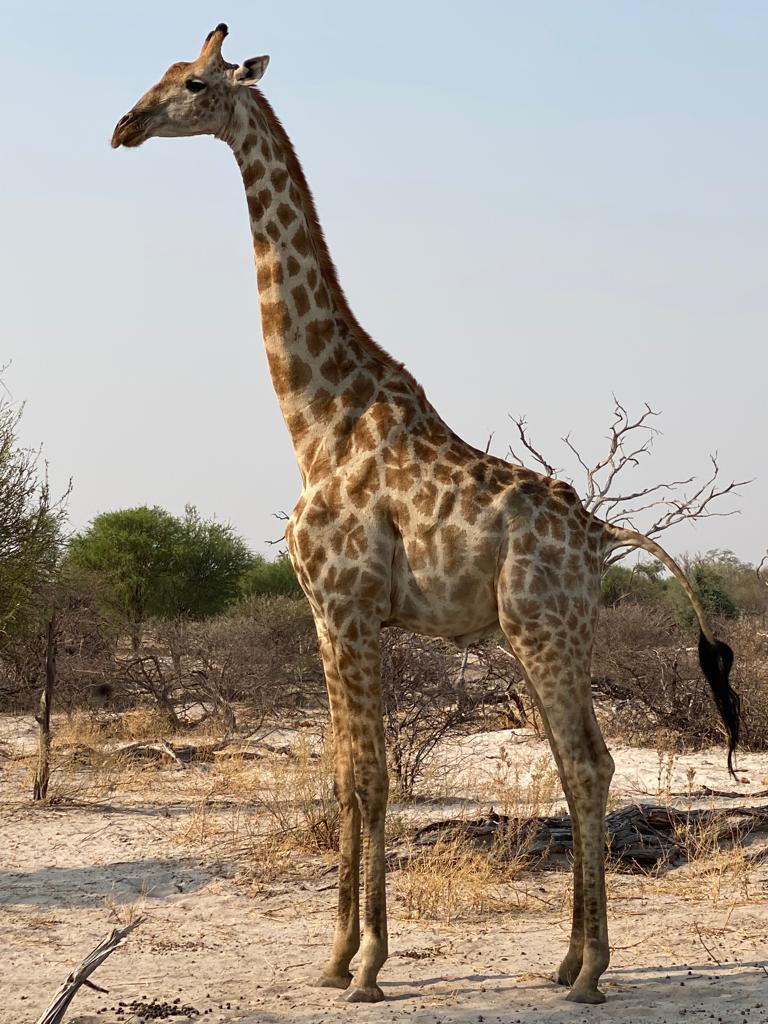 An area Johan had had since 1999 was, fortuitously, ideal for photographic safaris. And as the industry has grown and evolved so, too, was the timing right for change – in particular, given the then President’s stance on hunting. The opening of Qorokwe in 2019 was something of what dreams are made. A truly magnificent camp that is simply impossible to describe in the limited space – but this link will give you an idea of what I am talking about.

This, ladies and gentlemen, is heaven on earth.

Johan’s son, Cobus has hung up his rifle after 20 years with his father and is now spearheading the growth and expansion of Qorokwe. And to cater to different opinions (those of hunters and of photographic / eco- / non-consumptive tourists) – father and son are not mixing businesses, and so Johan is focusing on where it all started for him – the hunting aspect.

What Johan is most excited about is that of the community upliftment in his Mababe Depression area. Few people even knew of the area he hunts, let alone realized its potential. Sometimes a person has a vision of what could be, and only afterwards others see in hindsight it all come together. This was Johan’s talent. And this year, this Calitz Safaris hit the Holy Grail of elephant hunting, not once, but twice. However, we saw the challenges faced announcing such achievements. 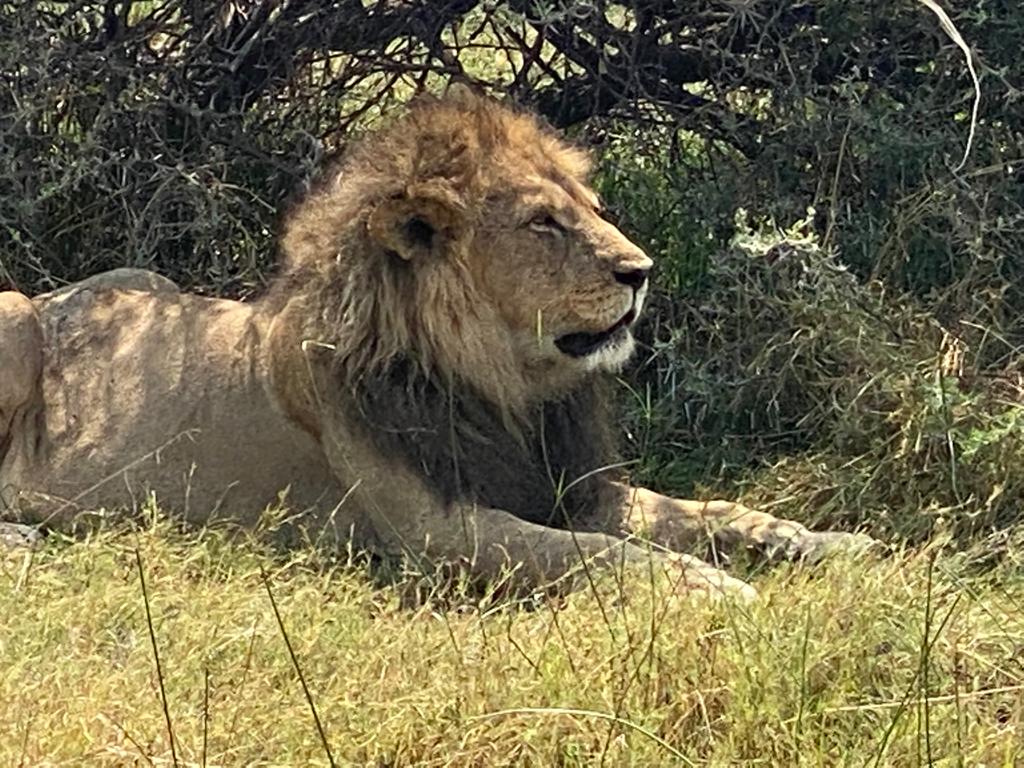 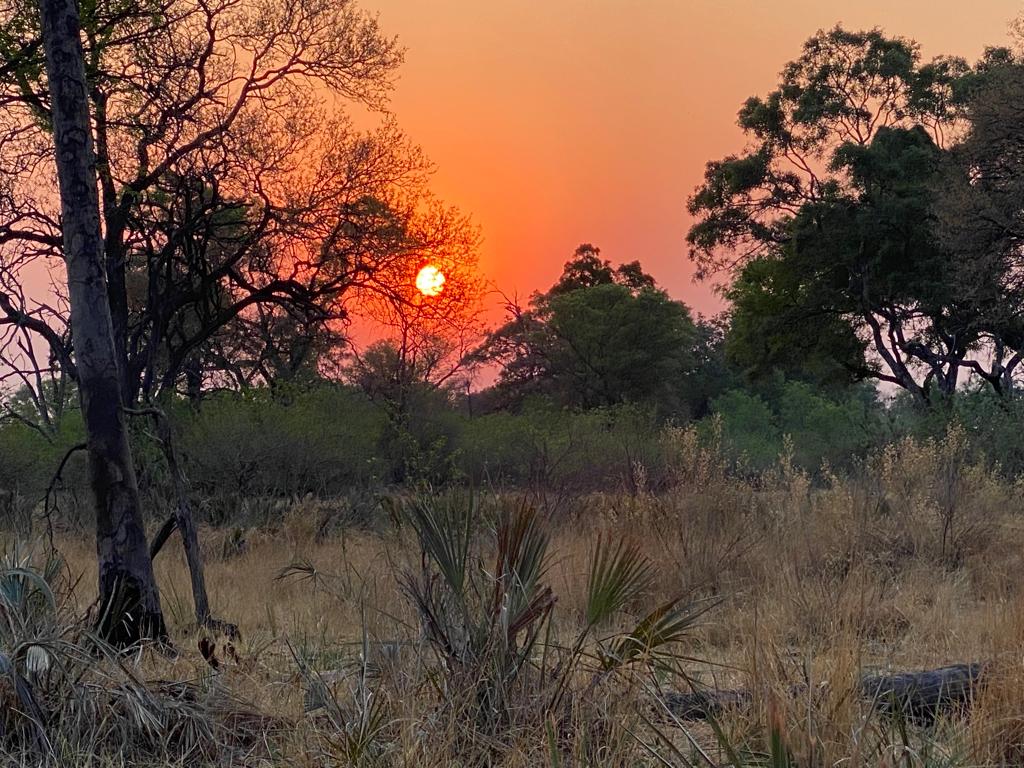 It is a pity that we cannot explain exactly what this means for fear of repercussions, such is the sensitivity around this matter. Rival photographic companies in Botswana do their best to malign and publicly crucify this gent. They use expressions like “iconic elephant being hunted” yet both tusks of these animals were broken despite their weight! And it was in an area no tourists go. Furthermore, a photo tourist in the back of a Land Cruiser would not even know what is or isn’t “iconic”; they expect to see beautiful, long well-matched tusks. These tourists cannot estimate the weight of an elephant tusk, especially when broken. Come to think of it, many professional hunters struggle to judge accurately. The majority of people are unaware that elephants will die of starvation after their sixth set of molars have worn down.  And in a land of more than 150 000 elephants and with rural communities on the starvation line – it is a complicated situation.

However, the photographic wonderland of the Delta is still there intact! We saw it all. The Mababe Depression, along with the positive benefit of a tectonic shift a few years ago, is now an absolute Eden, with water where little to no water 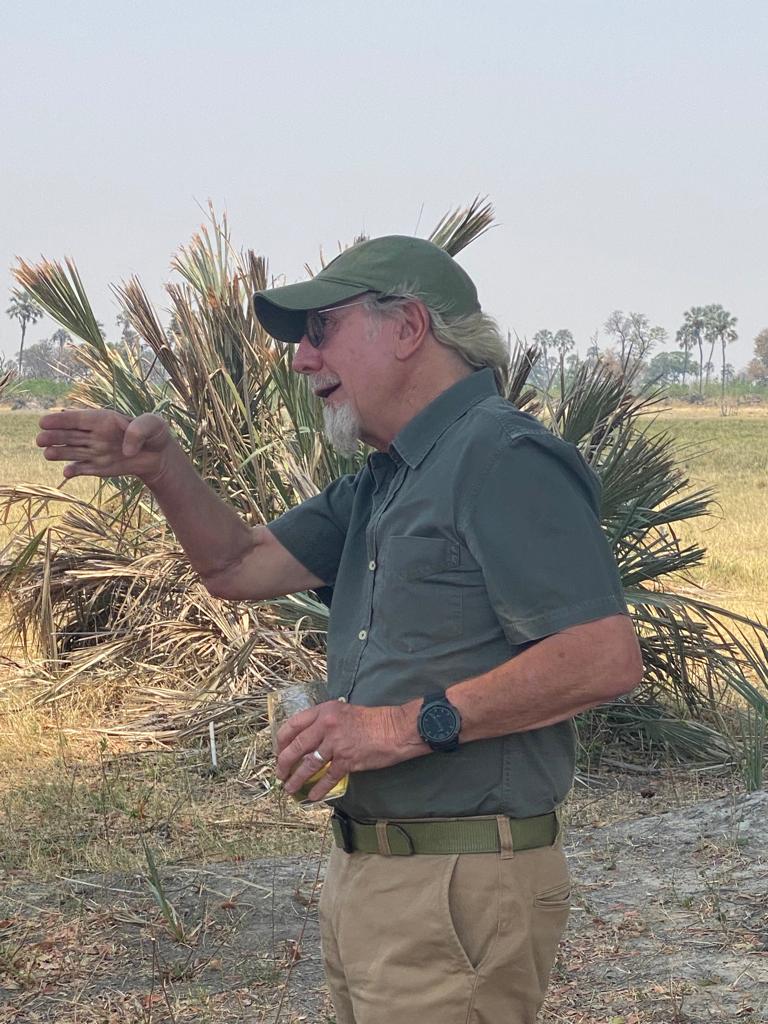 had flowed till then. Horizon-to-horizon waterfowl; buffalo and elephant by the thousand, literally everywhere. We passed one herd of around 800 buffalo – it spanned about a solid kilometer. Lion, elephant, eland – and the eland are enormous there. It was simply an absolute abundance of everything.

Deeply spiritual, and a humble man is Johan. Whether it has been the sixty-plus years of life and what that’s thrown at him – nearly being crushed to death by a buffalo; seeing his business go from being the greatest on the continent for African elephant, only to have some laws passed to force a change, either way, his slightly stiff, somewhat beat-up body – courtesy of that buffalo – is his reminder of how fortunate he is to be alive to appreciate each day. Having supported the community for so long, it is obvious everyone loves him. He is employing second-generation staff, transporting stranded pedestrians like one old lady who needed to get to Maun… you get a sense of what this man believes in.

His photos do the talking. His record and experience speak volumes. The results, while no guarantee of what could happen when you book with him, certainly give one a sense of extreme comfort. They set this man and his operation completely in a league of its own.

To use a cliché – for me, it truly was a once in a lifetime experience.

Calitz Safaris is an African Dawn member, and you can contact Johan directly johan@calitzsafari.com 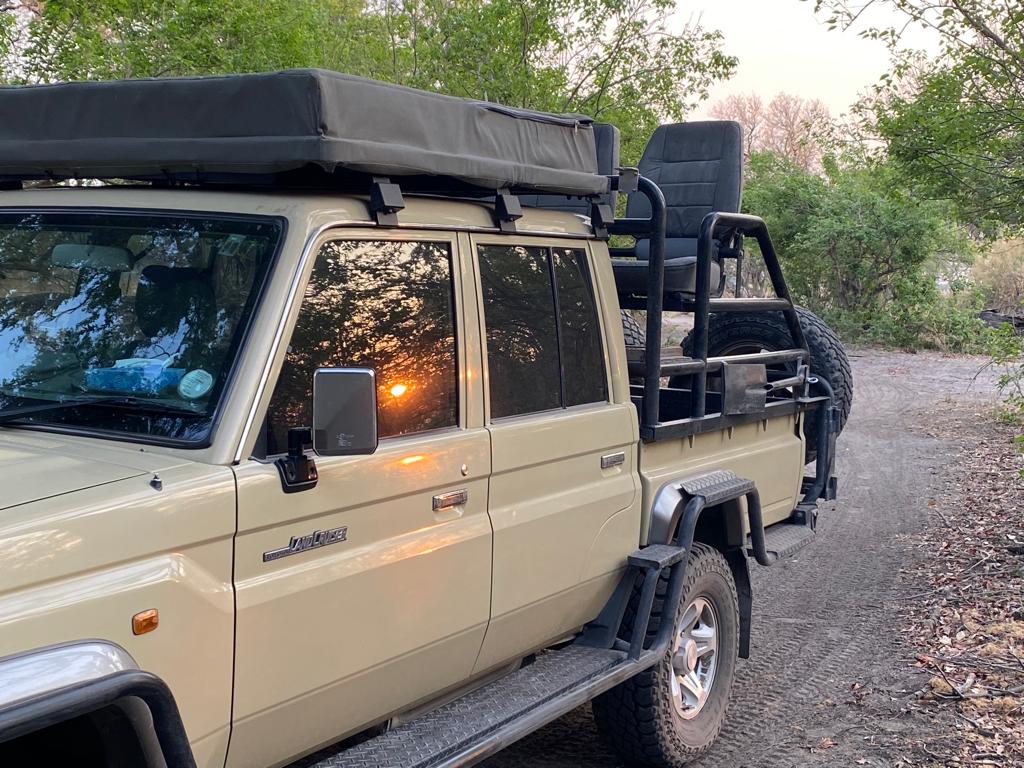 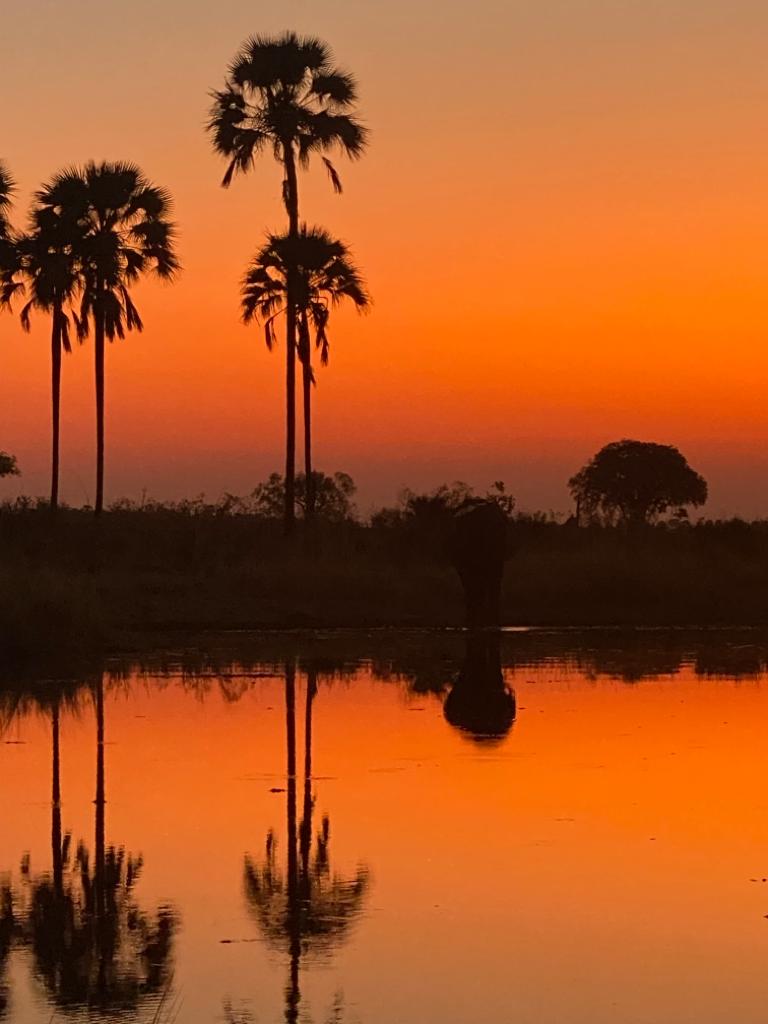 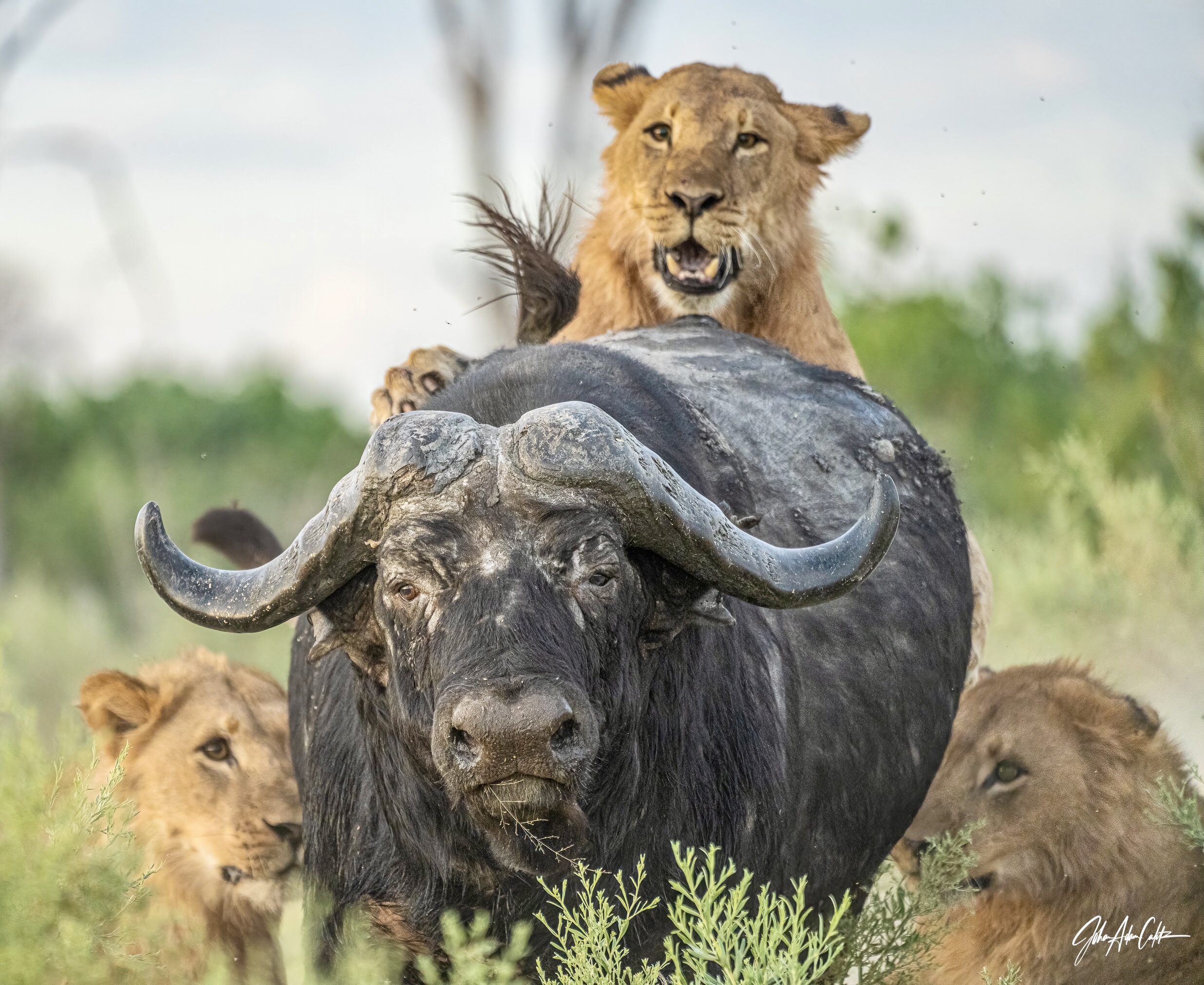 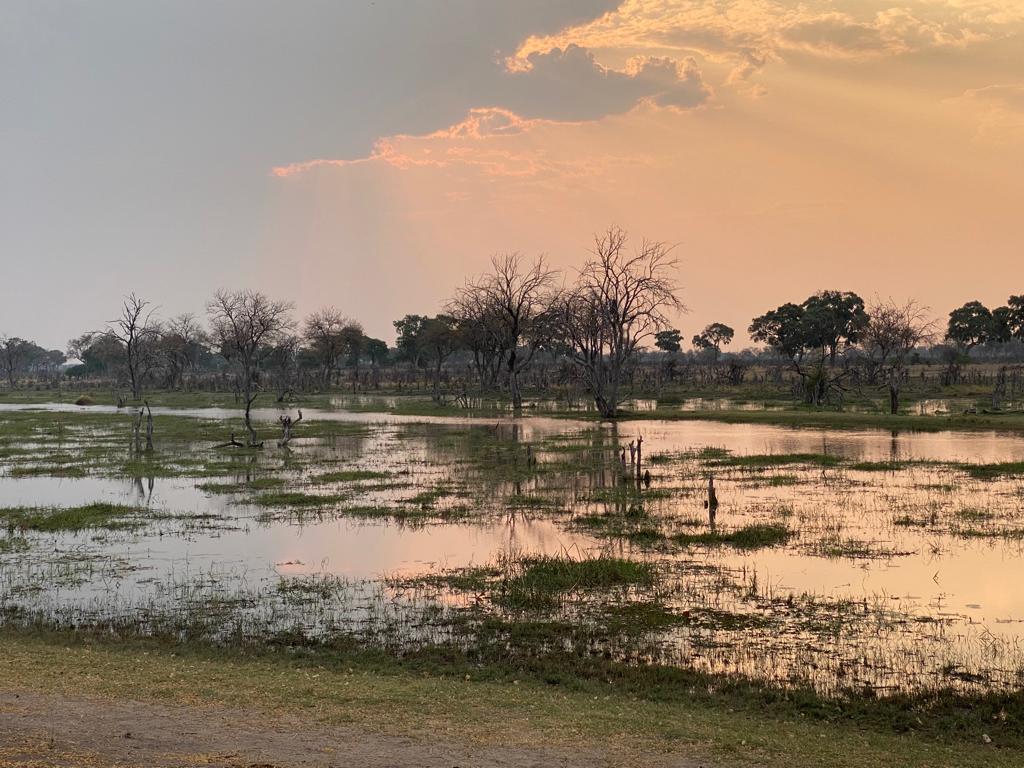 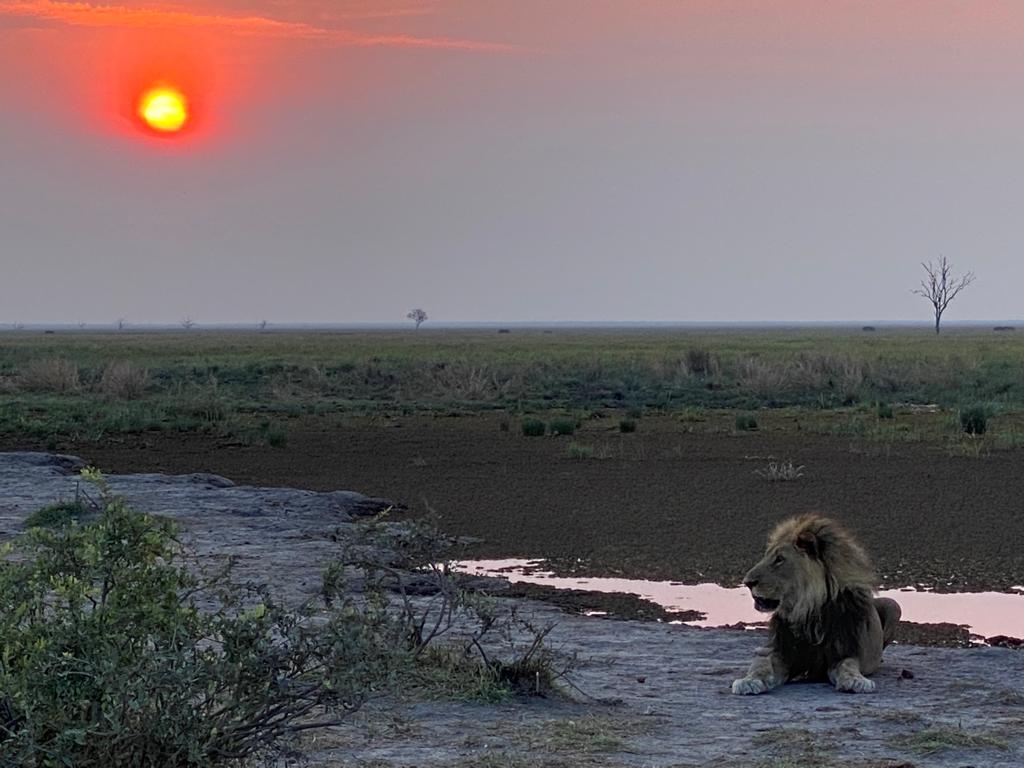 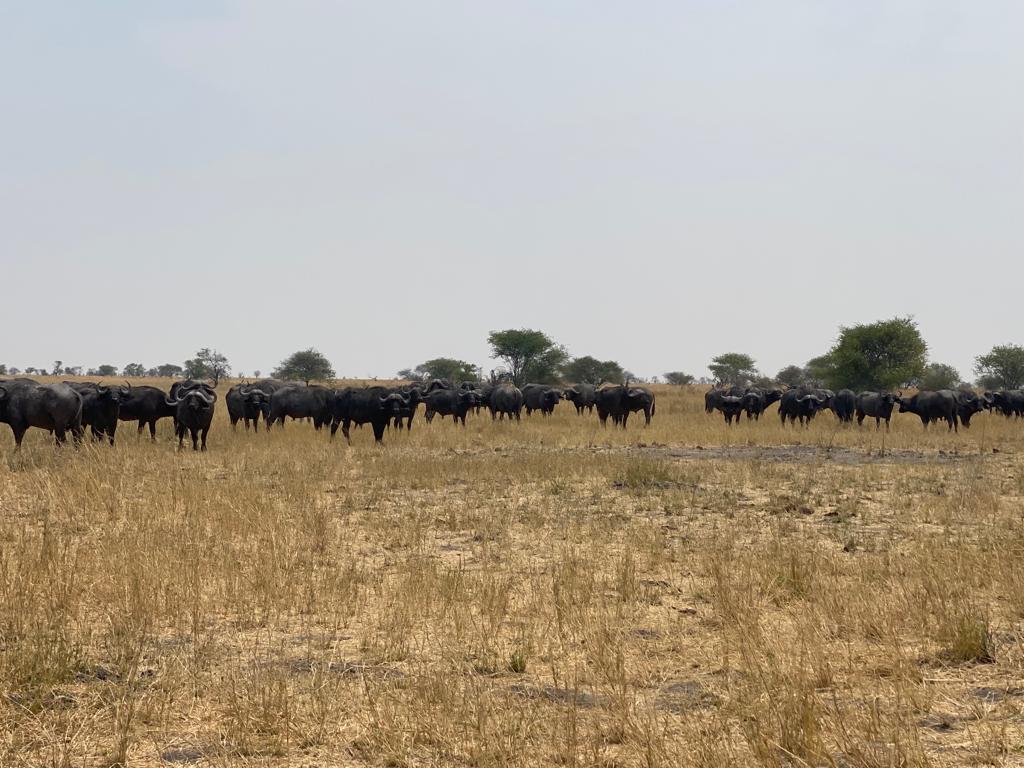 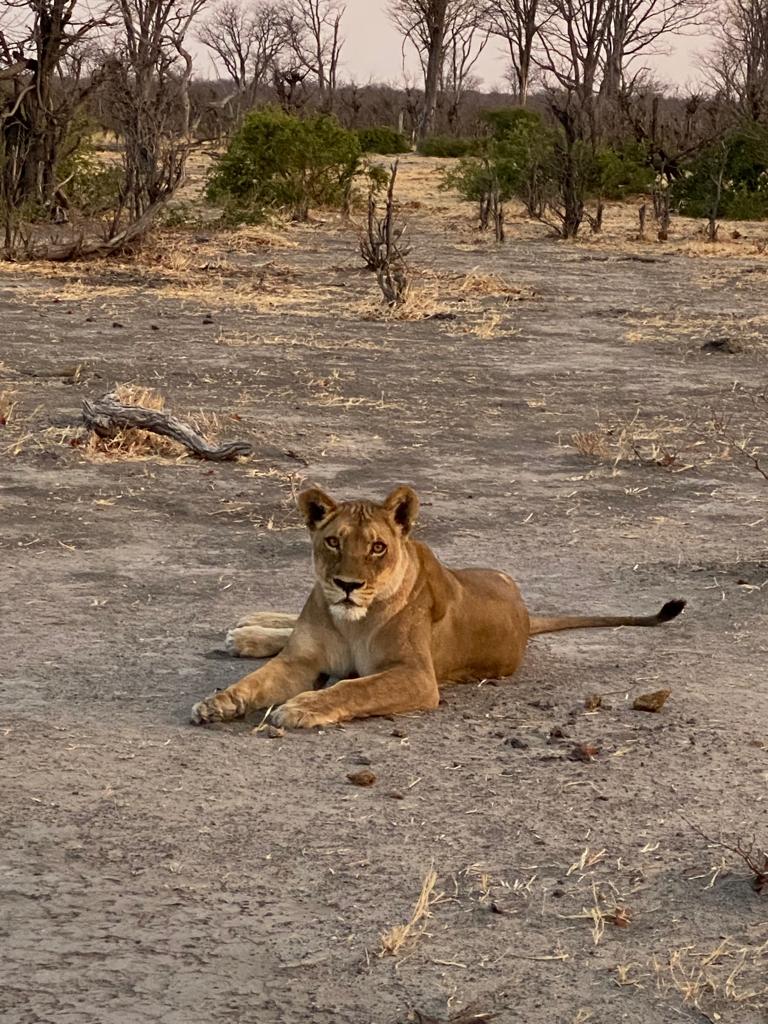 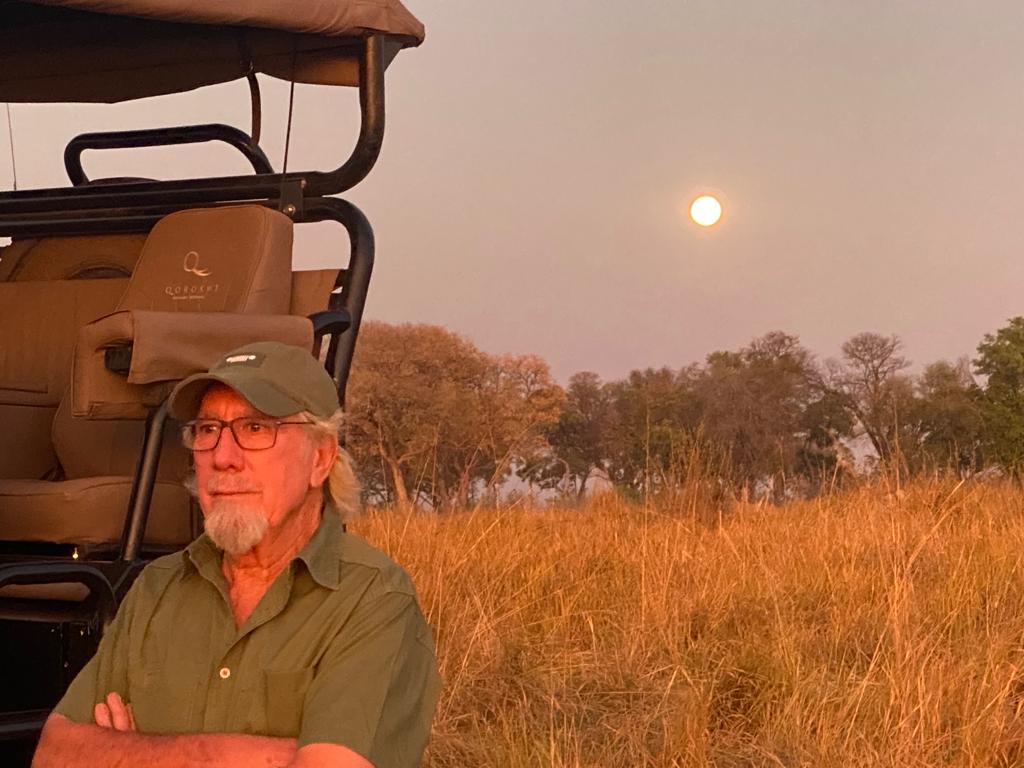