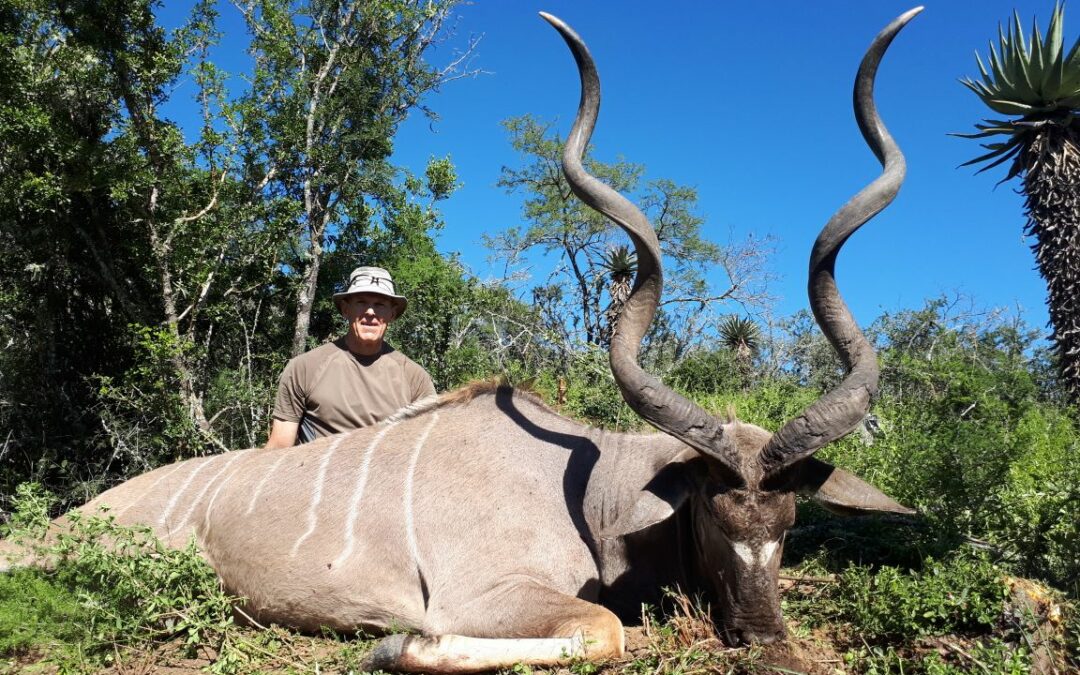 The biggest kudu we ever shot in the Eastern Cape was a 63-inch kudu, shot 3 or 4 years back. Still the biggest kudu to come out of the Eastern Cape. And it was an interesting hunt, an enjoyable hunt. The terrain is challenging. And this kudu had been known about for a good number of years. They’ve been trying… the owners told me that for 4 years they’ve tried to shoot this kudu, and there are a lot of kudu on this place, and quite a lot of good kudu – but nobody could get a shot at this kudu, for whatever reason. I had a very good client with me, and the guy could shoot pretty well. I just put it in the back of my mind. I didn’t even know if we’d see this animal, but I put it in the back of my mind then, that really, I would like to get this kudu if we could.

We started hunting, and I always try and get on very well with the staff, wherever I am. And in chatting with the tracker, local tracker from the place, I said to him, this kudu bull, that everybody’s talking about, does he still live in this area, general area? And he said, yes, still in the same general area. So I knew where the area was. The owners had told me where the area was. I said, well, how do you people actually hunt this kudu? And he said, the way we all hunt kudu – we go out in the morning, and we find some vantage points, we sit in that area and we look for 2 to 3 hours, and if we don’t see the thing, then we move off. We carry on hunting something else, come back in the afternoon any time from half past 3, 4 o’clock until dark, we sit there and we look for this kudu bull – and we never see it. And I said, so how do you know it’s still alive? He said to me, because in the off-season we see it, when nobody is hunting – Christmas time we’ll see it. I figured, okay, fair enough. Thank you, that’s the information I need. I thought well, so how do I find this kudu and get a shot at it? 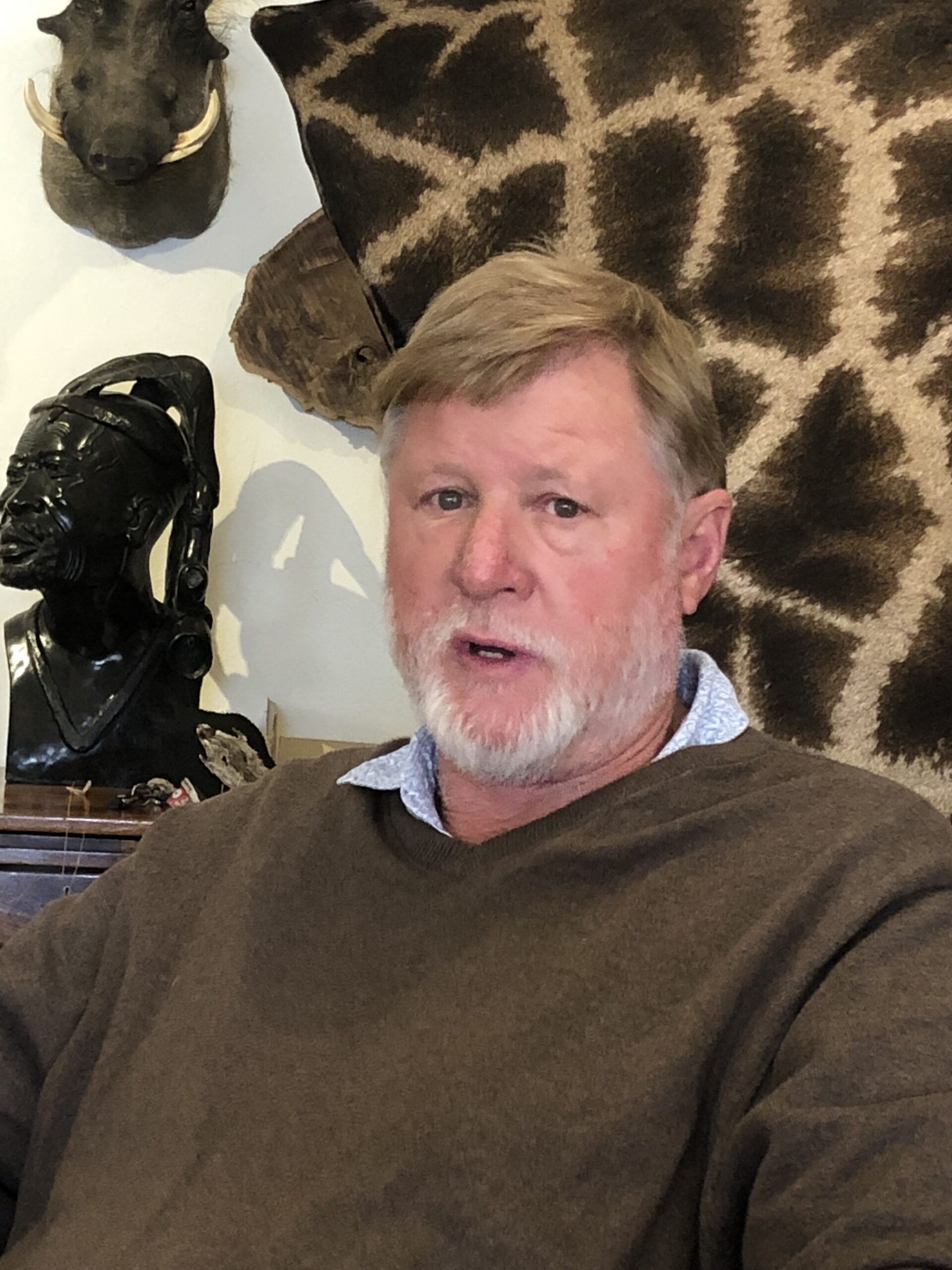 At quarter to 11 we got back into the Toyota and off we went, and in the general area I went and I parked, hid the pickup in some brush and there was this one particular valley that I wanted to look in, and then just over the rise from the pickup there’s another valley, and I said, you people head into that valley, there’s a nice vantage point from which to look around. I’ll catch up with you guys probably in about 15 minutes. And off they went. I then went and sat quietly in the shade, in some brush, and I just kept still. And I was just literally getting up to move when this bull showed himself. So I snuck out of there, went back up to the client, left the trackers and everybody trying to keep still, went back there, and we couldn’t get close to it. We had to shoot across the valley, and it ended up a 350-yard shot to be, and he hit it. And that kudu bull, clearly, every morning, every afternoon people were hunting – he knew. And he could see them out of the brush and things like that. So in the middle of the day, when there’s nobody hunting, is when he showed himself and that’s how we managed to get it.