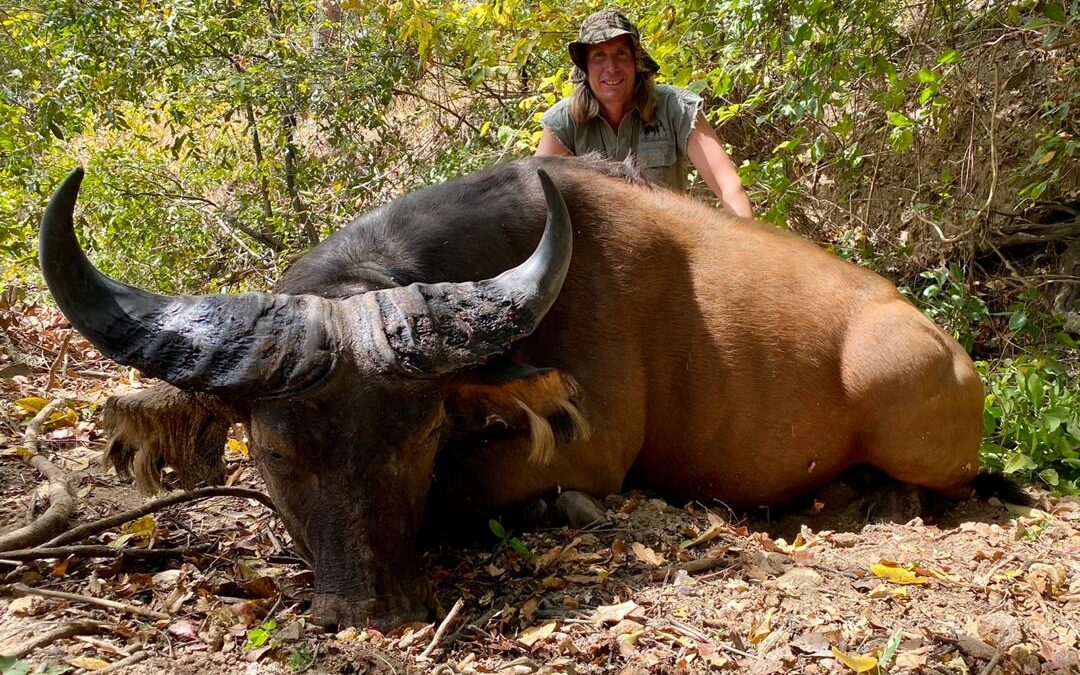 We started to hunting the Savannah again in January and actually it was only July that we finished our forest season – with the same (and in some cases, better) level of success as always. We saw to it that our areas were not abandoned during the pandemic. And although fewer hunters than normal, all of our usual PHs were guiding. However, where we could, we deployed them to different areas in order that everyone could at least get some work during the season.

Having fewer hunters gave us more time to give attention into the important areas that in busier times sometimes get less attention. Renovating camps, and for some, even moving the entire camp to brand new areas. Opening roads, exploring remote areas that we have not hunted and establishing new salt points. All in the interest of future success. So, while a stop in the hunters in 2020, we managed to set the foundation for this year. The result was very positive as it helped us prepare really well. Friends desperate to get traveling came to help. They were tired of being “prisoners” at home.

The cancellation of the hunting shows, which coincides with our main savannah season, also gave us the opportunity, especially to my father and I, to travel to more of the savannah areas than we have in the past. We could also dedicate more time (to our staff, the authorities, and to the areas and camps. It is always a challenge because while it would be great to have PHs at the shows, when they are at the shows, talking with potential clients, they can’t be in the savannah hunting with existing clients.

A negative aspect of the pandemic was the shortage of food and this meant more poaching – which needed more anti-poaching from ourselves. We hired team leader Greyling Van der Merwe a young enthusiastic ex-military South African from the French Foreign Legion who is now overseeing the anti-poaching. He could combine the French-Cameroon style of our local staff with the South African and Zimbabwean/Tanzanian style of our PHs. Poaching is not a quick battle – but rather a long war. We are already starting to appreciate the changes in our areas and I’m sure we will notice more from his work next season.

So, in summary, we took a positive approach from this pandemic and from the trophies you see – the areas, the camps, the staff – we have all delivered – and for the past year’s clients – we say thank you.