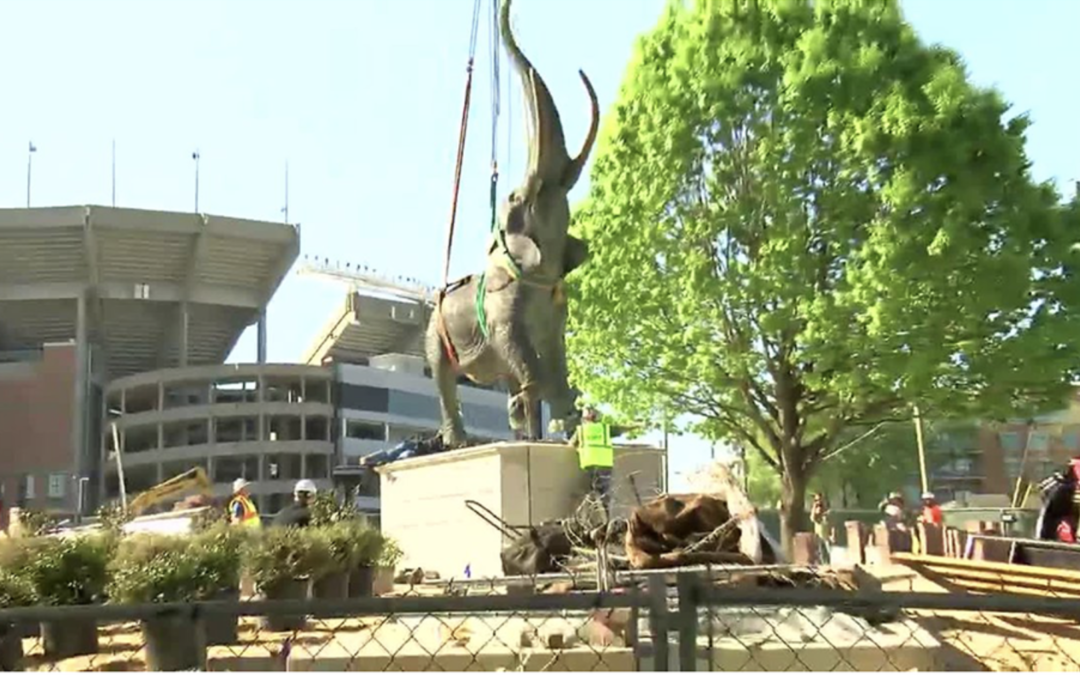 You haven’t lived if you haven’t been to a Durty Nelly’s Irish Pub sing-along in the company of Africa’s PHs (professional hunters).

“Back in the days,” the biennial Game Conservation International convention (a.k.a. GAMECOIN) in San Antonio drew sportsmen and outfitters from all over the world.  The venue was equally appreciated by a generation of wildlife artists, such as Bob Kuhn, Guy Coheleach, and Terry Mathews, whose early fans and customers were the welcoming, well-heeled members of the international hunting fraternity.

It’s noteworthy that Mathews is one of the few individuals in Africa who could attend such conventions as either – or both – PH and artist. (Zimbabwe-born sculptor John Tolmay would be another.) In fact, he attended GAMECOIN’s second conference as a PH, and started exhibiting his sculpture in 1971.

Not surprisingly, his is an interesting story, for Mathews was born in England (1931); raised in the Uganda Protectorate in the company of the country’s highly esteemed Chief Game Warden, Captain Charles Pitman; and educated in Kenya where he still lives today.

Mathews dreamed of following in his mentor’s footsteps and becoming a game warden in Kenya.  But life was such that he became a survey cadet and married man instead.  And then, like other young men determined to make a life in the bush and earn a living, Mathews joined the legendary safari outfitter, Safariland, in 1955, before moving on to Ker & Downey Safaris a year later.

This was the era of PHs whose names still sing “safari”:  J.A. Hunter, Tony Archer, Tony Dyer, Harry Selby, John Sutton, and Eric Rundgren, to name a few. It was also the era of movies and their stars coming out to Africa, first for filming and then for big-game hunting.  Think Hatari and Hardy Krüger.  Already as a trainee hunter, Mathews was “the wildlife man” for the film Safari, starring Victor Mature and Janet Leigh.  Other “credits” include Call Me Bwana with Bob Hope and Anita Eckberg, and Africa–Texas Style with Hugh O’Brien.

His clientele would include Stewart Granger, Robert Montgomery, and Bing Crosby who hunted seven times with Terry, as well as Texas governor John Connally, and Philip Morris CEO Joseph H. Cullman who returned a dozen times.

Many did not suspect that this white hunter’s hobby was sculpting animals in clay and latex.  Hunting the Big Five, confronting them, understanding shot placement, field dressing and skinning them for taxidermy were all great classrooms for studying animal behavior and anatomy. Still, Mathews says his work is “not strictly representational.” The artist is as interested in moods and movement as in tail length and bones.

By 1967, he and his wife, Jeanne, had formed Mathews Safaris – still in the family today – organizing both hunting and photographic safaris.  But art overtook pursuing dangerous game with dangerous clients when a wingshooting accident in 1968 left him blind in his master eye.  His American hunter had swung and shot at a francolin that flew behind the advancing line of drivers and guns. Although he saw it coming and covered his face with his hands, Mathews was hit by 39 pellets, including the one that reached his eye.  His black eye patch would become as notorious as Moshe Dayan’s.

Mathews listened to Major W. G. “Johnny” Raw, manager of Rowland Ward in Nairobi and early compiler of its Records of Big Game, when he suggested the artist start casting his sculpture in bronze.  Mathews’s first bronze-cast sculpture, Striding Out, was already of an outraged elephant.

Within a few years, with the hunting community as his springboard, Mathews was a success.  His works have been shown in over 30 exhibitions on three continents.

In the late 1990s, Tuscaloosa, Alabama businessman, Jack Warner, commissioned the artist to sculpt his biggest work: the monumental bronze elephant – 24 feet from the tip of its raised trunk to its human heart-sized toe – that would be baptized Tuska.  It took Rungwe Kingdon’s fine-art foundry in England six weeks to cast in bronze the 11 pieces that comprise Tuska, the heaviest weighing two tons.

In September, 2000, Mathews and one of his five sons spent 10 days in Tuscaloosa to complete the installation and attend the unveiling of the seven-ton, 19-foot-tall statue at the city’s NorthRiver Yacht Club, where Tuska remained for more than 20 years. They attended a football game at the University of Alabama’s Bryant-Denny Stadium, although Mathews didn’t understand much, despite American GIs showing him the game when he was a youth in England during World War II.  In a recent interview, he recalled Southern hospitality and Southern cuisine.

The Westervelt Company recently gifted Tuska to the U of A’s stadium and its Crimson Tide team, specifically, to the front of the stadium on the southeast corner of University Boulevard and Wallace Wade Avenue.  The $415,000 project, paid mostly from donated funds, includes new sidewalks, landscaping, and lighting for viewing the sculpture after dark.

You can watch a short film on the elephant’s 10-mile “move” on YouTube.

At 90 years old, I wonder whether Terry Mathews, a British-born African sculptor, could ever have imagined that his African elephant would become the icon of an American football team!

I wish there were a YouTube of even 10 minutes of an after-convention evening at Durty Nelly’s, before the hairy-chested Southern African PHs got notoriously out of hand; more than one ended up in the San Antonio River.  I see myself in the old mirror over the piano, carrying a black leather purse that was an actual working clock with Roman numerals.  When it struck midnight, it was time to take off the glass slippers and go home.

As the wife of professional hunter Rudy Lubin, Brooke Chilvers attended international hunting conventions for 28 years, but GAMECOIN only twice.