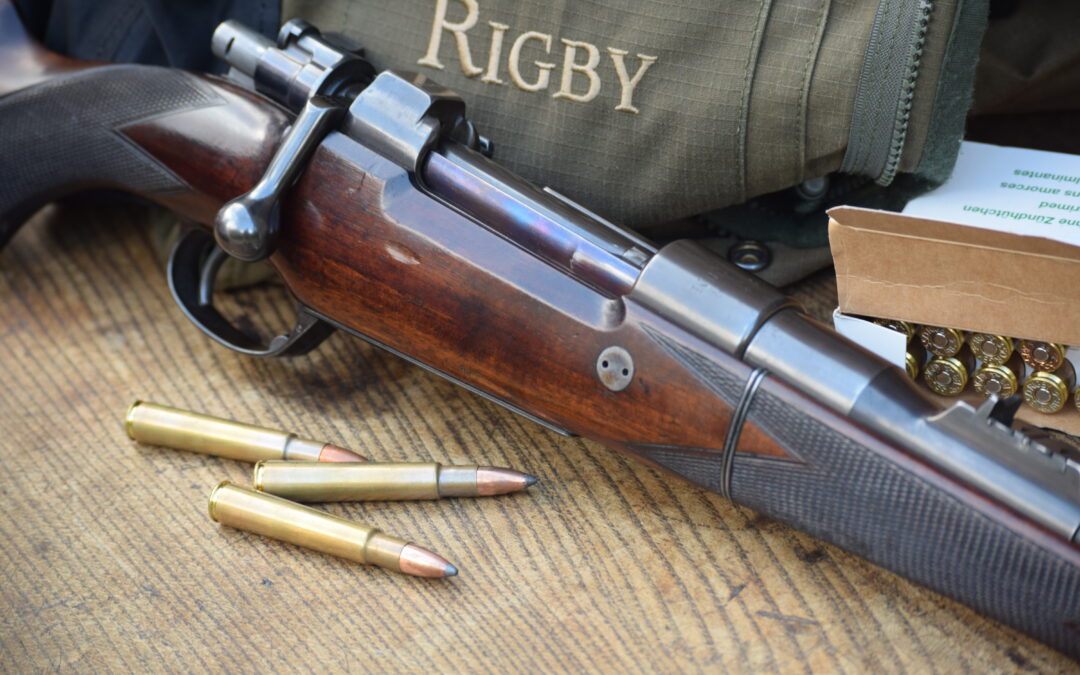 This take-down Rigby Mauser is bored for the .350 Rigby, once a popular cartridge, now upstaged

Thirty years after their first failure, Wilhelm was dead. Paul was 60 and might have quit the task.

Deeply pocked by the great hooves, the path narrowed in a thicket. We slowed, stepping sideways to limit the disturbance of our passage. Peering to either side, we could see mere feet into the bush.

It was enough. A wink of sun on a massive black boss stopped us. Crosswind, the bull faced our next step. Only a horn showed. I resisted the urge to ease the rifle up.

Seconds passed. “Too … big.” I read my partner’s silent lips, and nodded slightly to the corner of his eye. This buffalo was exceptional, not the aging, stub-horned “Dagga Boy” I sought. The decision was now the beast’s: to yield, or trigger a dust-up. At eight meters, it would happen fast.

Morning’s breeze shimmied. The bull chose well, spinning, then crashing off, gone in a blink.

With the Mauser back in the crook of my arm, we listened briefly, then turned back to the spoor.

Close shooting in Africa’s dense coverts begs a double rifle, say hunters who’ve had to fire fast, twice. After a second barrel saves you, a magazine won’t quite measure up. But for most hunting, bolt rifles beat doubles. If that were not so, the turn-bolt wouldn’t turn up on so many safaris. Its advantages include lower cost and a wide range of chamberings served by affordable ammunition. Typically lighter in weight and more accurate than a double, it’s easily scoped or fitted with an aperture sight. It carries four or five rounds, not two. The best bolt rifles deliver follow-up shots as dependably as a second, ready lock.

Legions of hunters still hail the Mauser bolt-action of 1898 as the best.

Like his stateside contemporary, John Moses Browning, young Peter Paul Mauser could “think” mechanisms onto paper and make parts that functioned as he imagined. Probably not first to use a door-latch device to seal a rifle’s breech, he developed actions around it that would establish him as Europe’s pre-eminent designer of small arms. 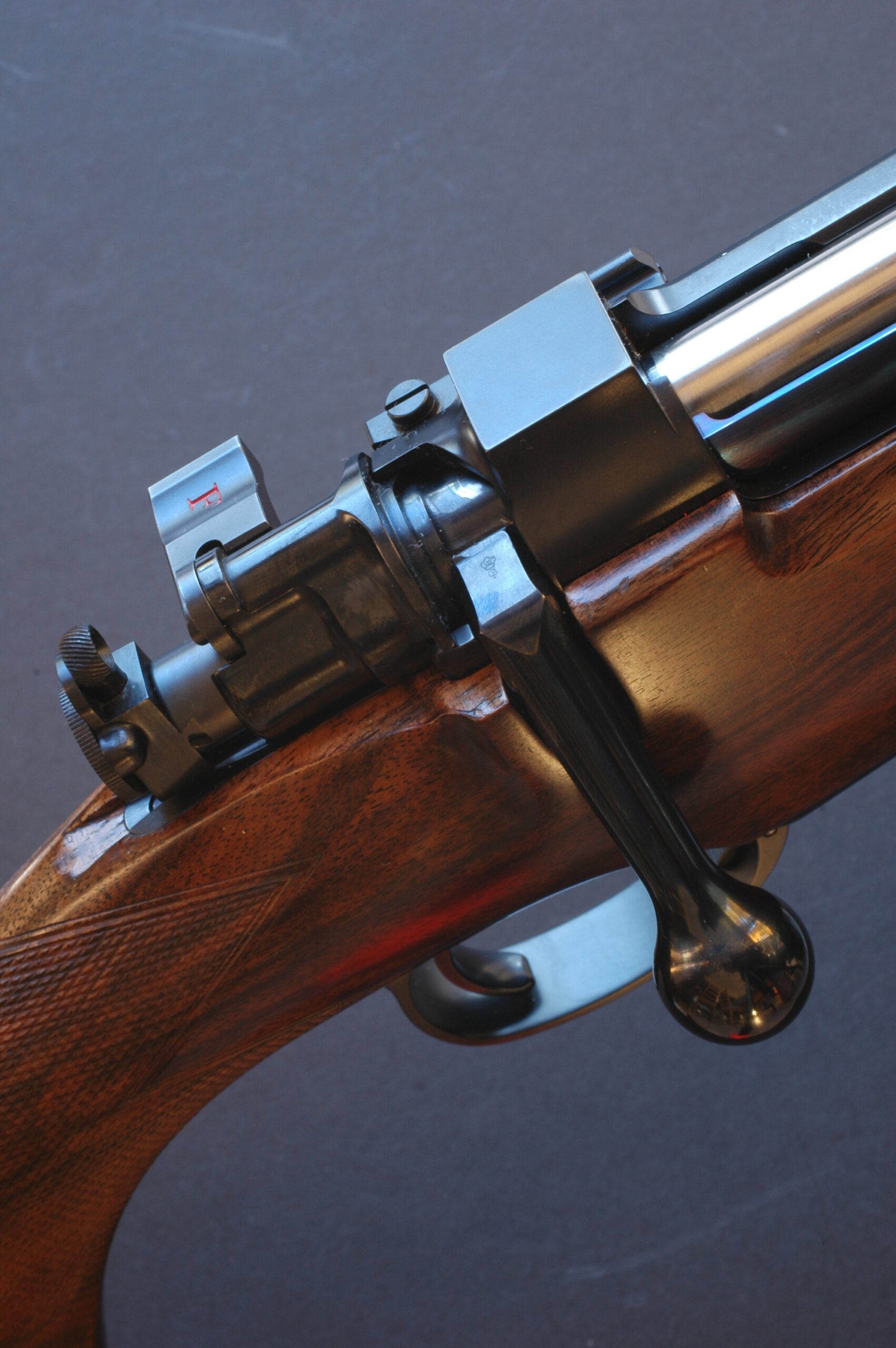 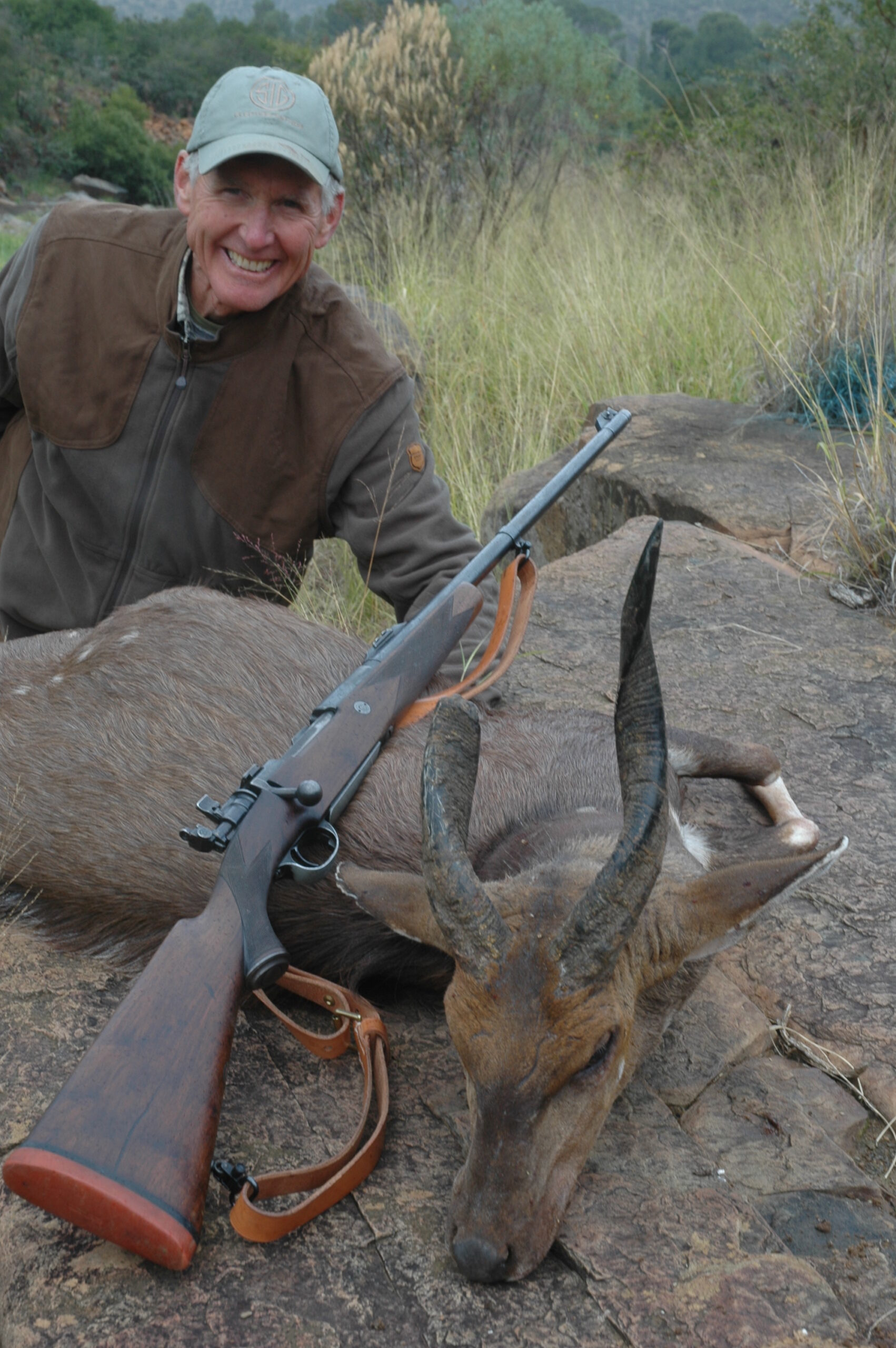 What better rifle for hunting bushbuck in thickets than an aging Mauser? (This one: a Holland in .375) 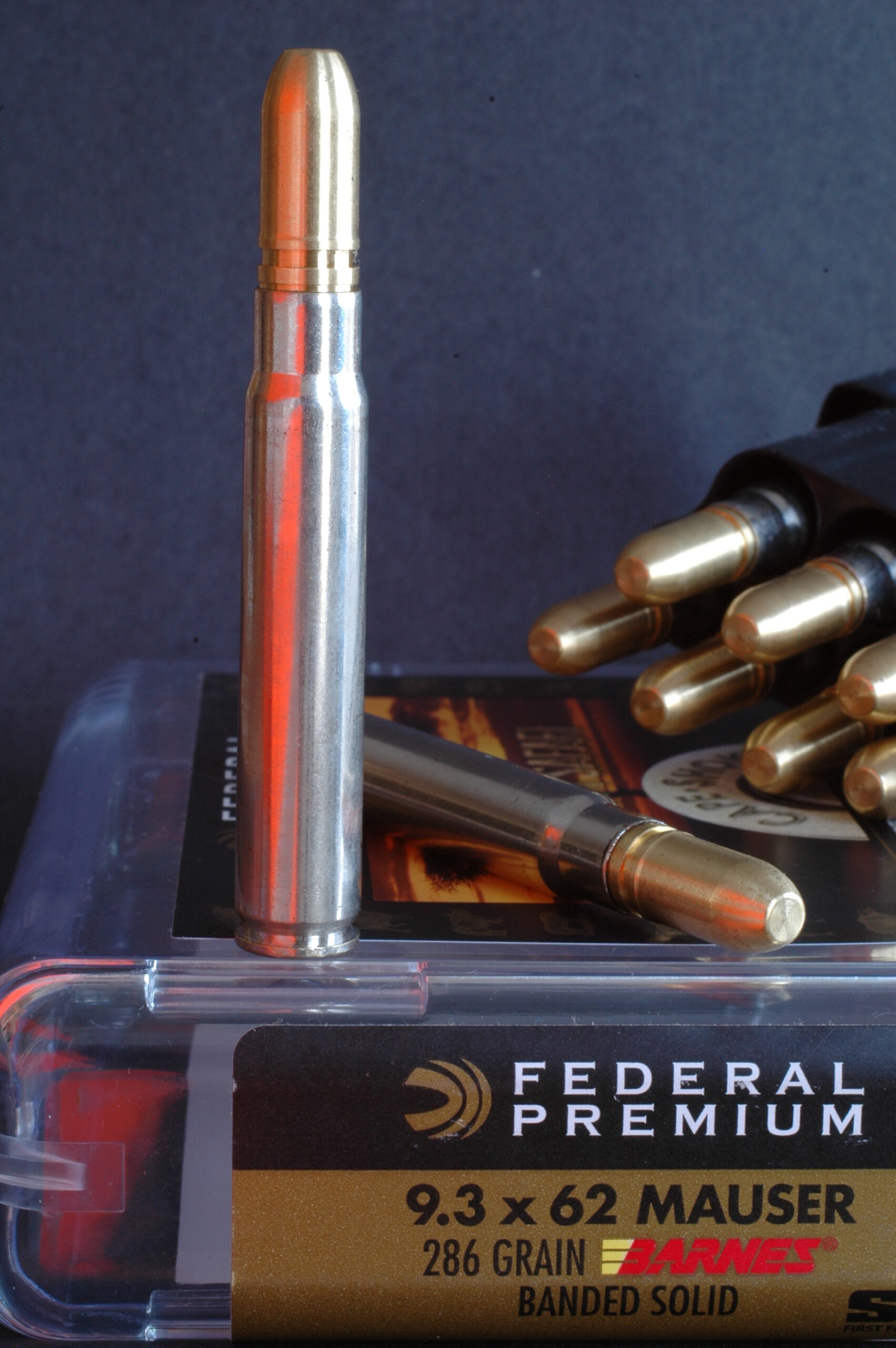 New loads have appeared for the versatile 9.3×62, long favored in Africa as a chambering in Mausers

Early in 1872 Prussia adopted Paul’s Model of 1871 as its infantry rifle. But the Prussian army paid just 15 percent of what he and his business-savvy brother Wilhelm had been led to expect for design rights. Also, the rifles would be built in government arsenals. To sustain their shop, the two men snatched a contract to make 3,000 sights for the rifle. Bavaria’s order for 100,000 sights funded a Mauser factory in Oberndorf. Then the Wuerttemberg War Ministry asked Paul and Wilhelm for 100,000 rifles. Partnering with the Wuerttemberg Vereinsbank of Stuttgart, the Mausers bought the Wuerttemberg Royal Armory. On February 5, 1874 it became Mauser Bros. and Co. After the last contracted 1871 rifles were delivered in 1878, China ordered 26,000 more.

Wilhelm died young in 1882, and Ludwig Loewe & Co. of Berlin bought controlling shares of the company. By then it was clear wars would soon be fought with repeating rifles, so Paul added a nine-shot tube magazine to the Model 1871. The 71/84 was a reliable arm; but its 11mm bullet still had a steep arc.

In 1889 Fabrique Nationale d’Armes de Guerre (FN) emerged in Liege to produce Mauser rifles for Belgium’s government. Paul’s Model of 1889, for smokeless loads, boasted a one-piece bolt with twin front-locking lugs. The magazine was charged by stripper clip. Turkish 1890 and Argentine 1891 Mausers were similar. All chambered the 7.65×53 Mauser cartridge. Notably, they shared a narrow, failure-prone extractor, and could fire with the bolt out of battery.

In his Model of 1892, Paul introduced the long, non-rotating extractor now widely considered the most reliable ever. Collared to the bolt body, its claw caught the rising case head before the bullet aligned with the barrel, controlling feed from follower to chamber. The ‘92’s bolt cleared the breech even when in the press of battle it was short-cycled. The broad claw tugged reluctant hulls from hot, fouled chambers.

The Model 1892’s single-stack magazine protruded, as had the 1889’s. But this was a fixed box. A guide rib in the left lug race smoothed bolt travel; a sear pin prevented firing if the bolt wasn’t locked; the bolt stop was independent of the magazine.

Born into a family of gunsmiths, Peter Paul Mauser began his career trying to improve the Dreyse needle‑gun, which had armed Prussian troops in the Franco‑Prussian War. His work drew no interest from Wuerttemberg, Prussian or Austrian War Ministries. But it caught the eye of Samuel Norris, an American agent in Europe for E. Remington & Sons. Norris urged Paul and his older brother Wilhelm to convert the French Chassepot to a metallic‑cartridge rifle. In 1867 the Mausers moved to Liege, Belgium, and tooled up. But when the French government demurred, Norris pulled his support. (Norris then filed to patent the Mauser design in the U.S! On June 2, 1868, it became the first patented action bearing the Mauser name.) Meanwhile, Paul and Wilhelm returned to Paul’s birthplace in Oberndorf. Fortune smiled when the Royal Prussian Military Shooting School tested a Mauser rifle. The brothers made specified changes. Result: the single-shot Model of 1871. It fired an 11mm (43-caliber) black-powder round that sent 385-grain bullets at 1,400 fps. 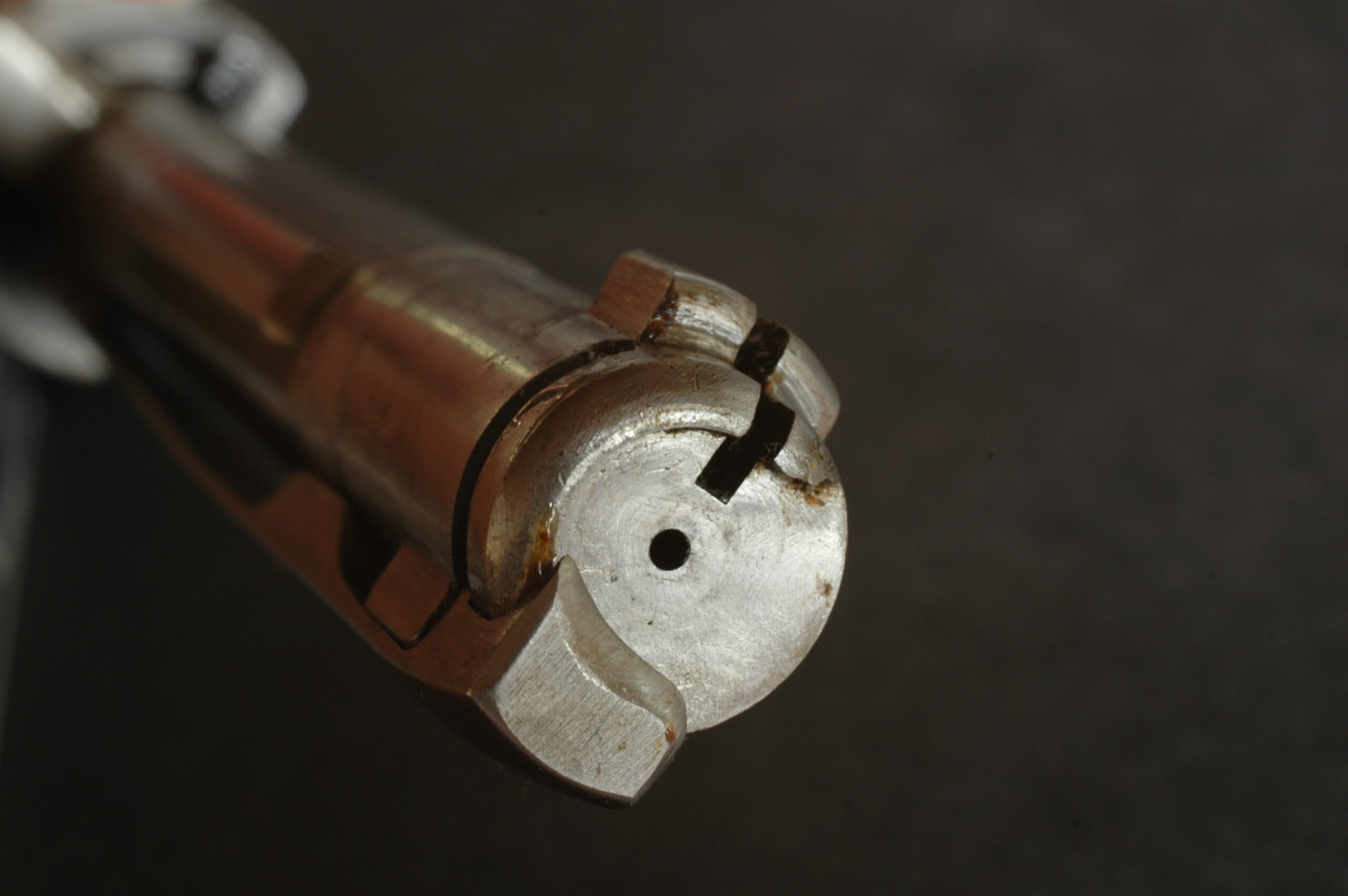 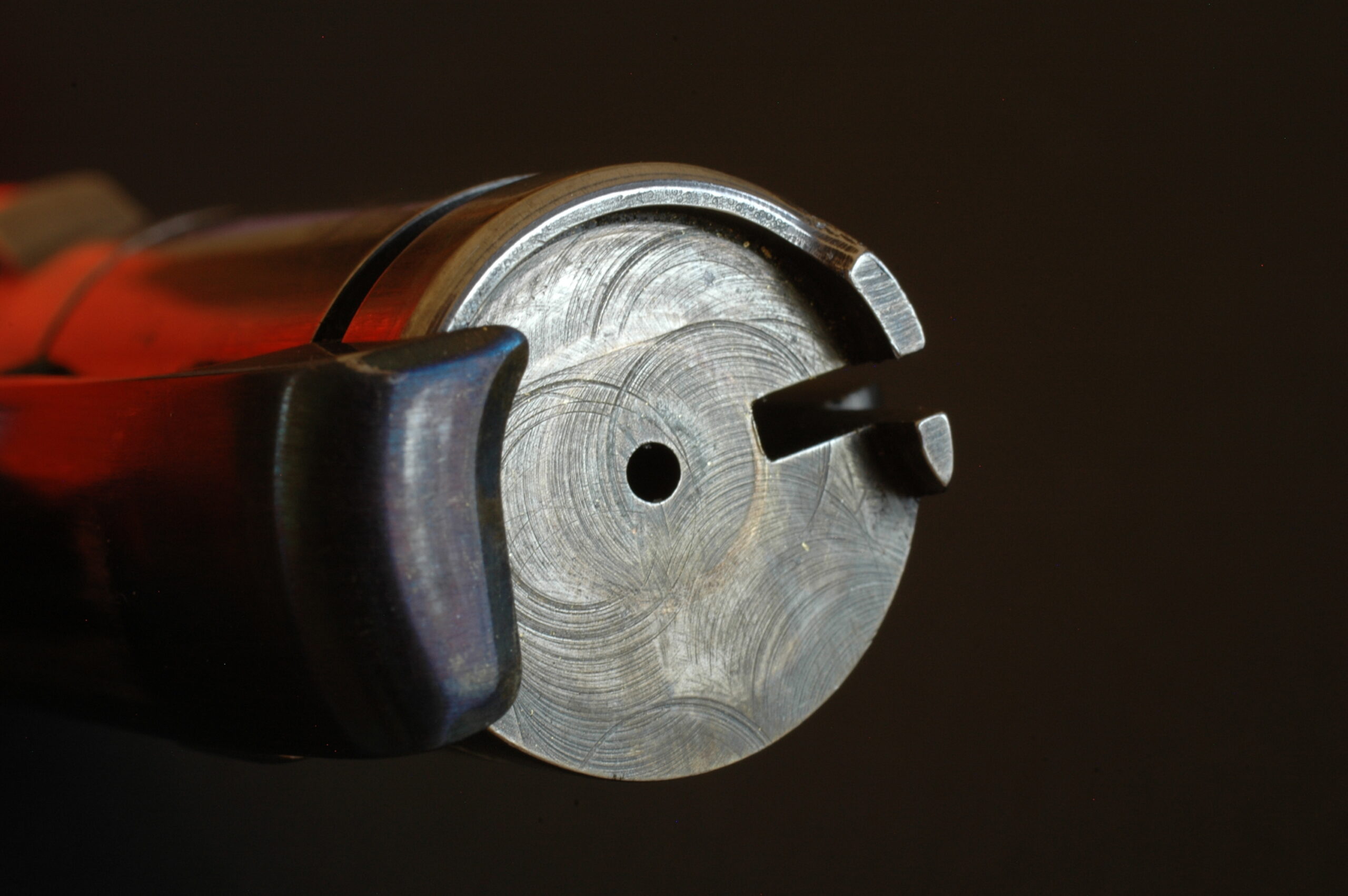 Magnum Mauser actions have the length and, here, bolt face to welcome rounds like the .416 Rigby

With these changes came a new cartridge: the 7×57 Mauser. Deadly during the Spanish-American War, it would influence the shape of U.S. infantry rounds. Among the first smokeless cartridges, the flat-shooting 7×57 (.275 Rigby, in British speak) soon became a favorite “smallbore” hunting round in Africa.

The Mauser Model of 1892, with the 92/93 Spanish Navy rifle in 7.65×53, served barely a year in uniform before Paul gave it a flush, fixed box holding a staggered column. The resulting 1893 “Spanish Mauser” was an instant hit, and adopted by armies world-wide. Its flat-belly receiver, with integral recoil lug, was machined from a steel forging. A camming surface in the bridge engaged the bolt handle base to aid primary extraction. The flag safety pivoted atop the bolt sleeve. Thumbed to the right, it locked bolt and striker. Vertical, it held the striker off the sear but permitted cycling. Left was the “fire” position. The magazine was part of the trigger bow. Pressed with a pointed bullet, a latch allowed floor-plate removal.  Bolt handles on most 1893 and 1895 rifles were straight. Turned-down bolt handles appeared on carbines.

Mauser carbines bought by Sweden in 1894 inspired Carl Gustaf’s arsenal Stads Gevarsfaktori, in Eskiltuna, to produce more. These chambered the 6.5×55 Swedish cartridge. A checkered cocking piece permitted a soldier to ease the striker down without firing. The Model 1896 Swedish Mauser was similar, but with a straight bolt handle and three gas vents in the bolt.

Improvements on the 1893 Mauser resulted in the Model of 1898, adopted by the German Army April 5 that year. It cocked on opening. Generous gas vents and a third lug engaging a bridge slot added a measure of safety. Exported to many countries, the 1898 was produced in many more. The U.S., Great Britain, France and Russia designed their own battle rifles; but none functioned more reliably, shot more accurately or endured abuse more ably than the Gewehr 98. The Boxer Rebellion drew it into service. The short Karabine 98a began its 10-year production run months later.

Paul Mauser died in May, 1914, on the cusp of conflict that would muddy and bloody battlefields throughout Europe. His 1898 rifle would serve Germany’s armies in both world wars.

In the ashes of WW II, the Mauser Waffenfabrik (arms factory) was renamed Werke (works), and its marketing re-directed to hunters. Mauser engaged U.S. agent A.F. Stoeger, Inc. of New York, to sell the brand stateside. Stoeger assigned numbers to Mauser actions. By the late 1930s, the line comprised 20 configurations in four lengths: magnum, standard, intermediate and short, or kurz. The kurz, with a small receiver ring, was factory‑barreled for only three cartridges: 6.5×50, 8×51 and .250 Savage. 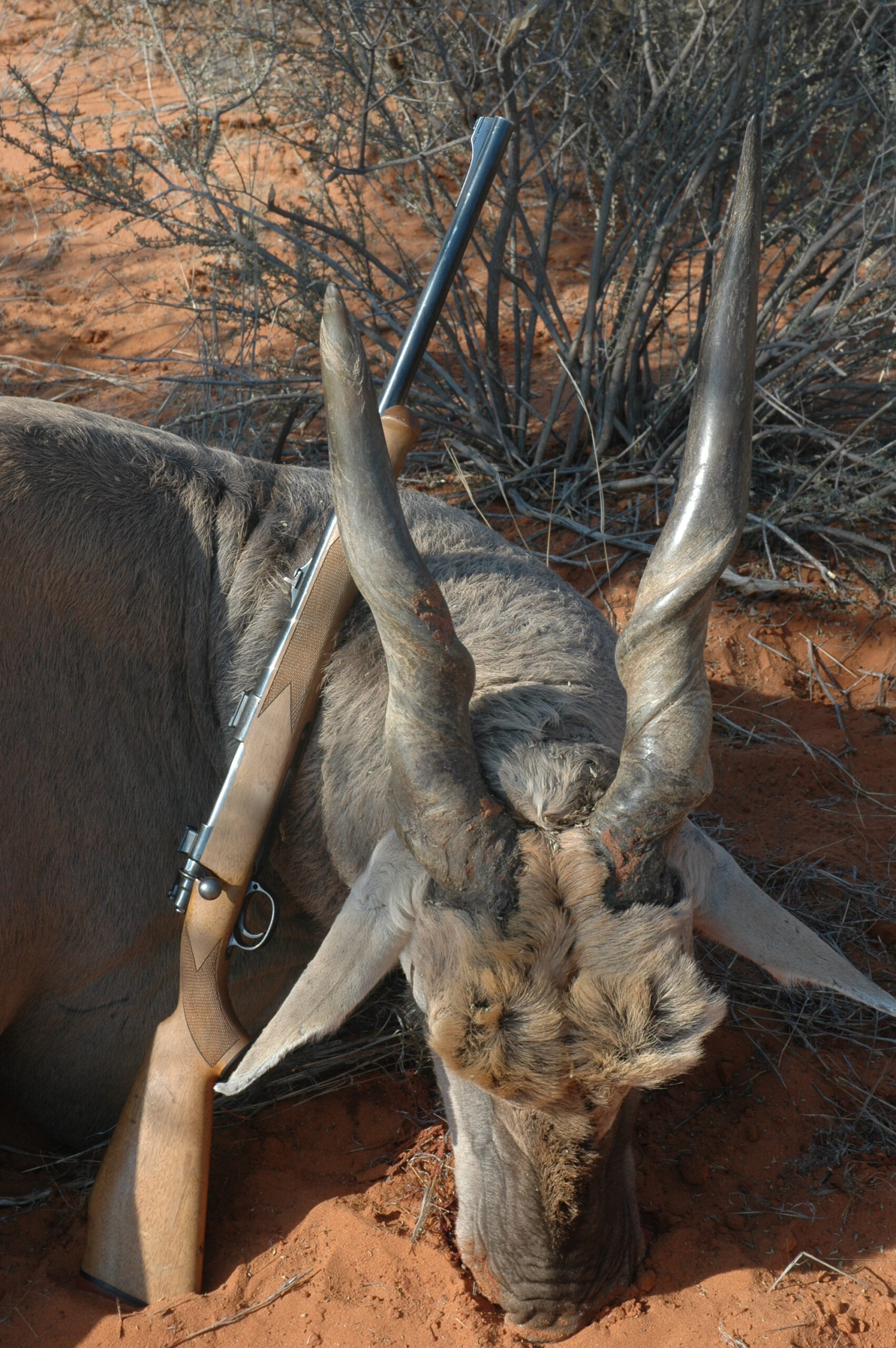 Mausers in 9.3×62 have taken not only eland and other heavy plains game, but dangerous beasts, too.

Africa’s most celebrated hunters liked the 1898 action. W.D.M. Bell was said to have owned six barreled to .275, also a .22 Savage High-Power and a .416. Later, in the commercial-safari era, PH Harry Selby kept close company with his .416 Rigby. In India, the great hunter of man-eating cats, Jim Corbett, carried a Rigby Mauser in .275.

During its military life, the 1898 Mauser action was made of tough, low-carbon steel carburized, or case-hardened, for a hard finish. In the final, frantic years of WWII, receivers showed wide variations in hardness. War-weary Mauser infantry rifles sold cheap into the 1960s. Still, they were strong. An 1898 action barreled to .270 spared a pal who accidentally fed it a .308 cartridge. The lovely walnut stock was splintered, the extractor blown off. But the bolt, frozen by the enormous pressure, held.

Even pedestrian hunting rifles on commercial Mauser actions from Oberndorf came dear between world wars. Two years after the 1937 debut of Winchester’s brilliant Model 70 at $61.25, Mauser sporters cost two to three times as much! Affordable rifles with commercial ‘98 actions followed. The Whitworth and Browning High Power, both now discontinued, still show up on safari. They’re comely, well-stocked “working guns.” Building a top-rung custom sporter on an 1898 action is now a costly project. A favored, (read: scarce) military action drains cash in machine work on receiver and bolt. A ‘98 clone from the likes of Granite Mountain Arms emerges from CNC baths a finished gem. It begs equal investment. 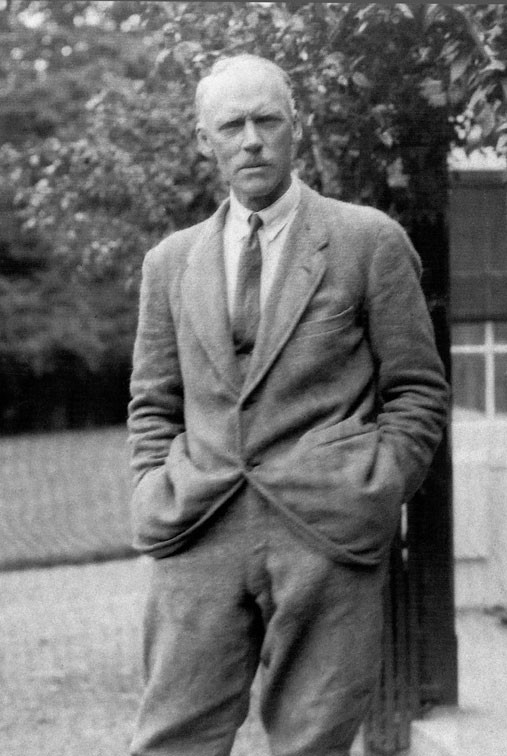 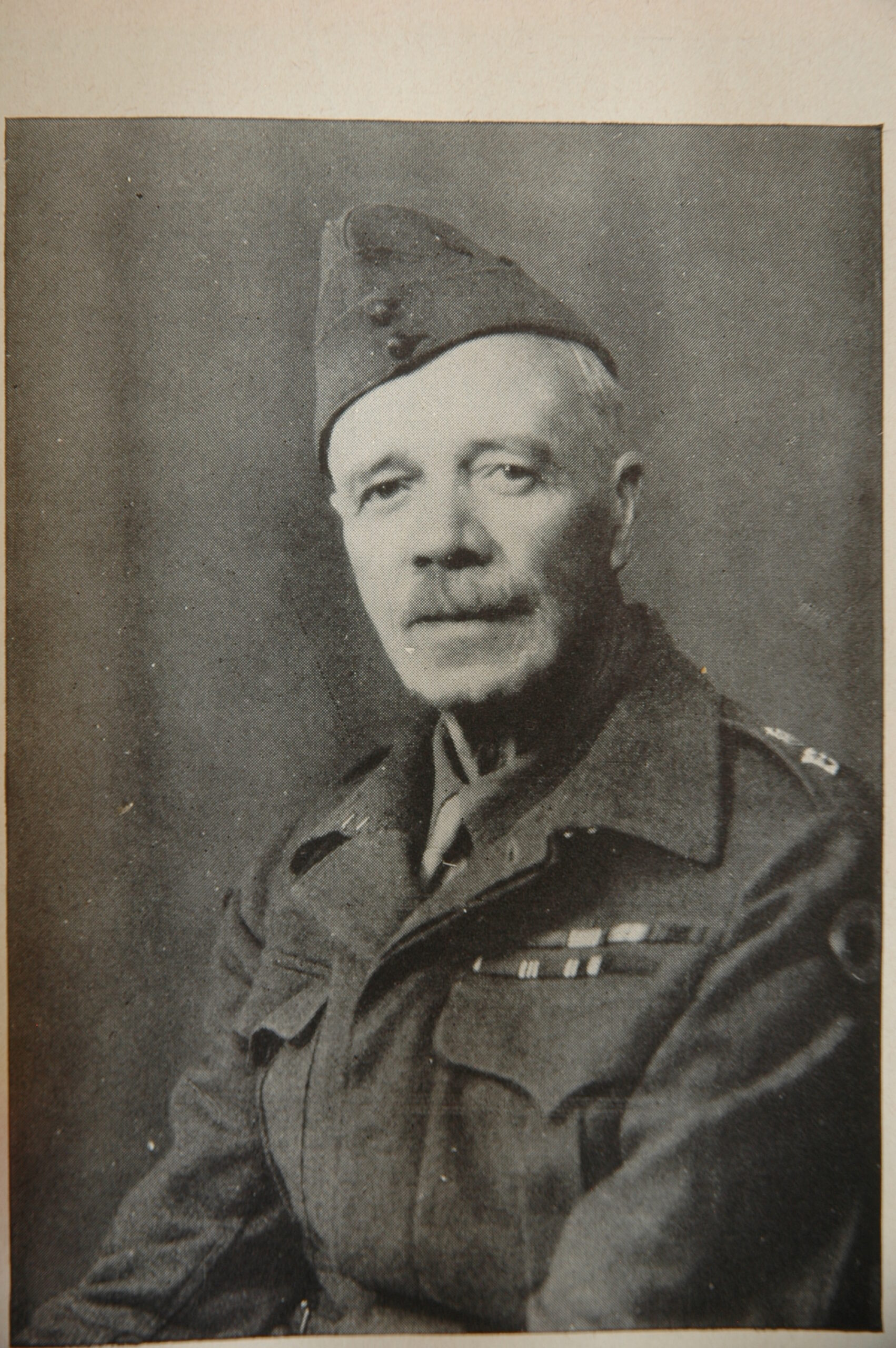 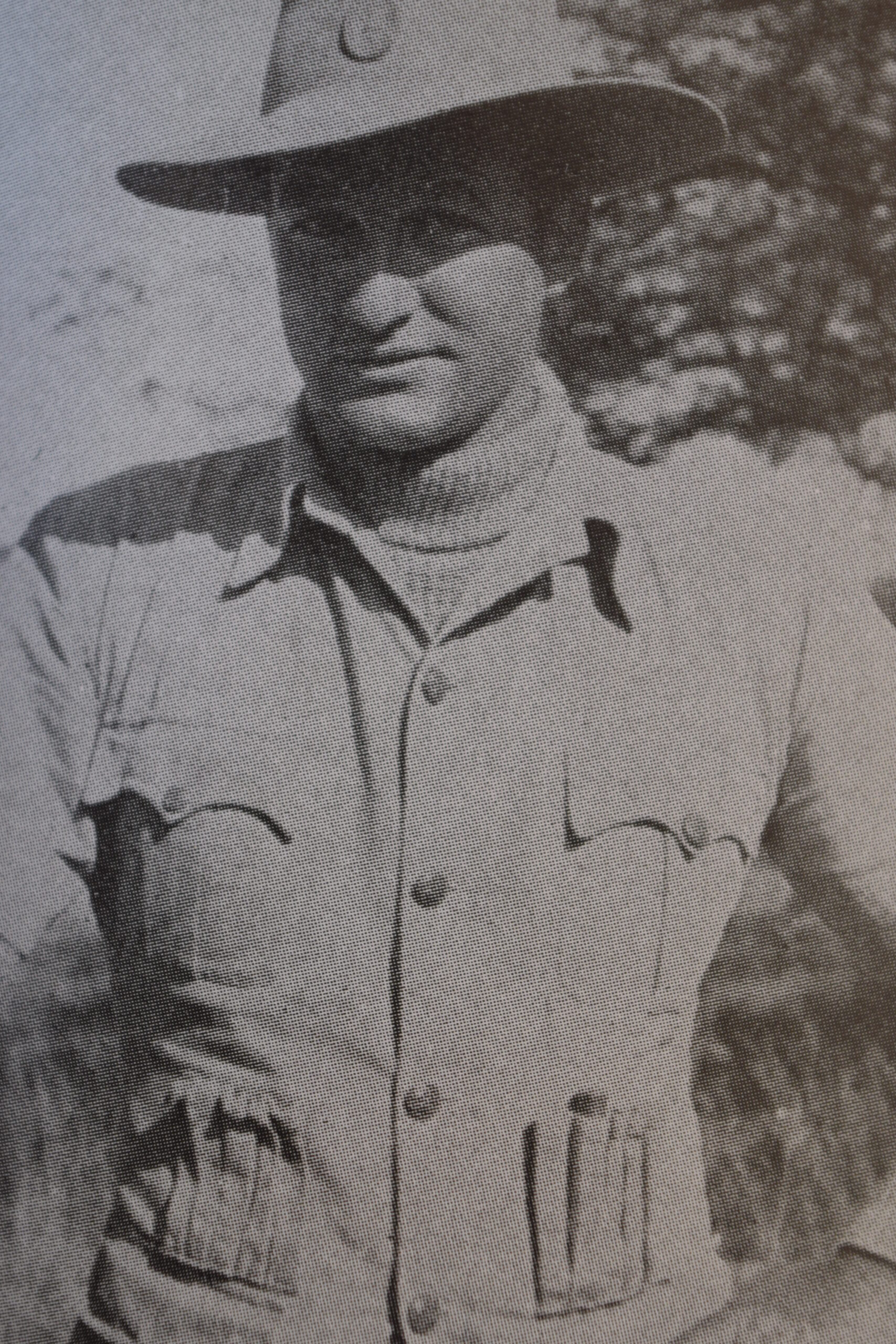 Cartridges, in uniform and out

The first Mauser 1898 rifles were barreled to the 8mm smokeless round introduced with the 1888 Commission rifle, not a Mauser. Known as the 7.9×57 or 7.9x57I (J has been substituted for I), this round sent a 227-grain .318 bullet at 2,100 fps. Germany soon developed a more potent cartridge for the strong 1898. The 8×57, with 154-grain pointed .323 bullets at 2,870 fps, appeared in 1905. Officially, the 8×57 was designated 7.9x57IS and 8x57IS. It would see German infantry through WWII. A Lange Visier sight could be adjusted to put bullets from the 8x57IS on target to 2,000 yards. After the Treaty of Versailles prohibited use of military ammunition by Germans, the 8x60S replaced the 8x57IS afield. Re-chambering turned infantry rifles into legal hunting arms

In 1911, the debut of Rigby’s .416 cartridge in a new Magnum action gave hunters a repeater with the punch of big-bore doubles. Its 410-grain bullets sent 5,100 ft-lbs out the muzzle. John “Pondoro” Taylor hailed the .416. Rigby knew it had a good thing going and initially refused to sell Magnum Mauser actions to its competition. When Rigby’s monopoly on Mausers expired in 1912, other British gunmakers scrambled to build rifles on them. Westley Richards barreled Mausers to its .318 and .425 cartridges. W.J. Jeffery used them for its .333s and .404s. Holland & Holland found the Magnum Mauser ideally suited to its belted .300 and .375, a go-to action for the .505 Gibbs.

You’d be hard-pressed to find, in the great tide of bolt-action rifles since the Mauser of 1898, any that didn’t borrow from it. Or any that have proven superior afield. 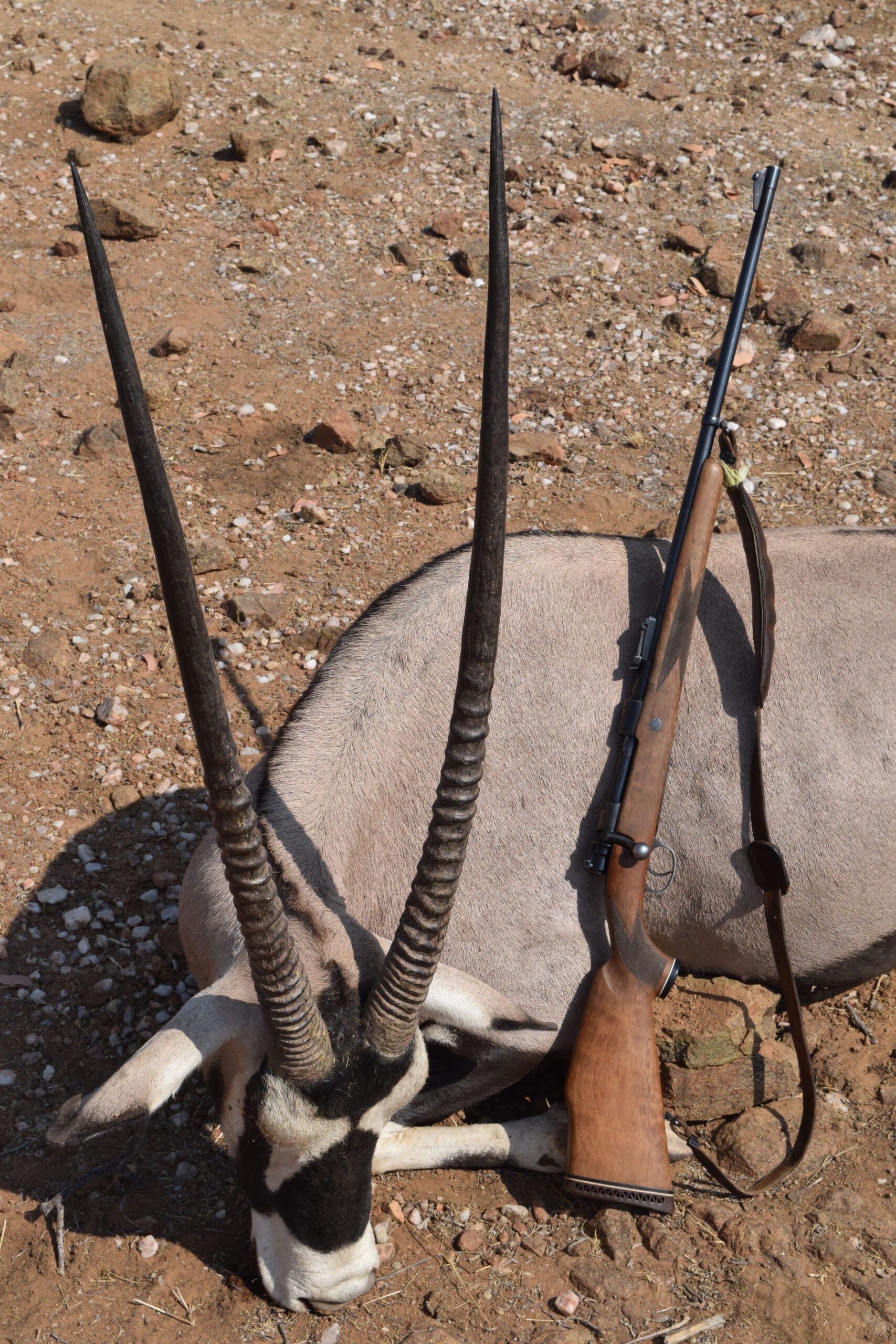 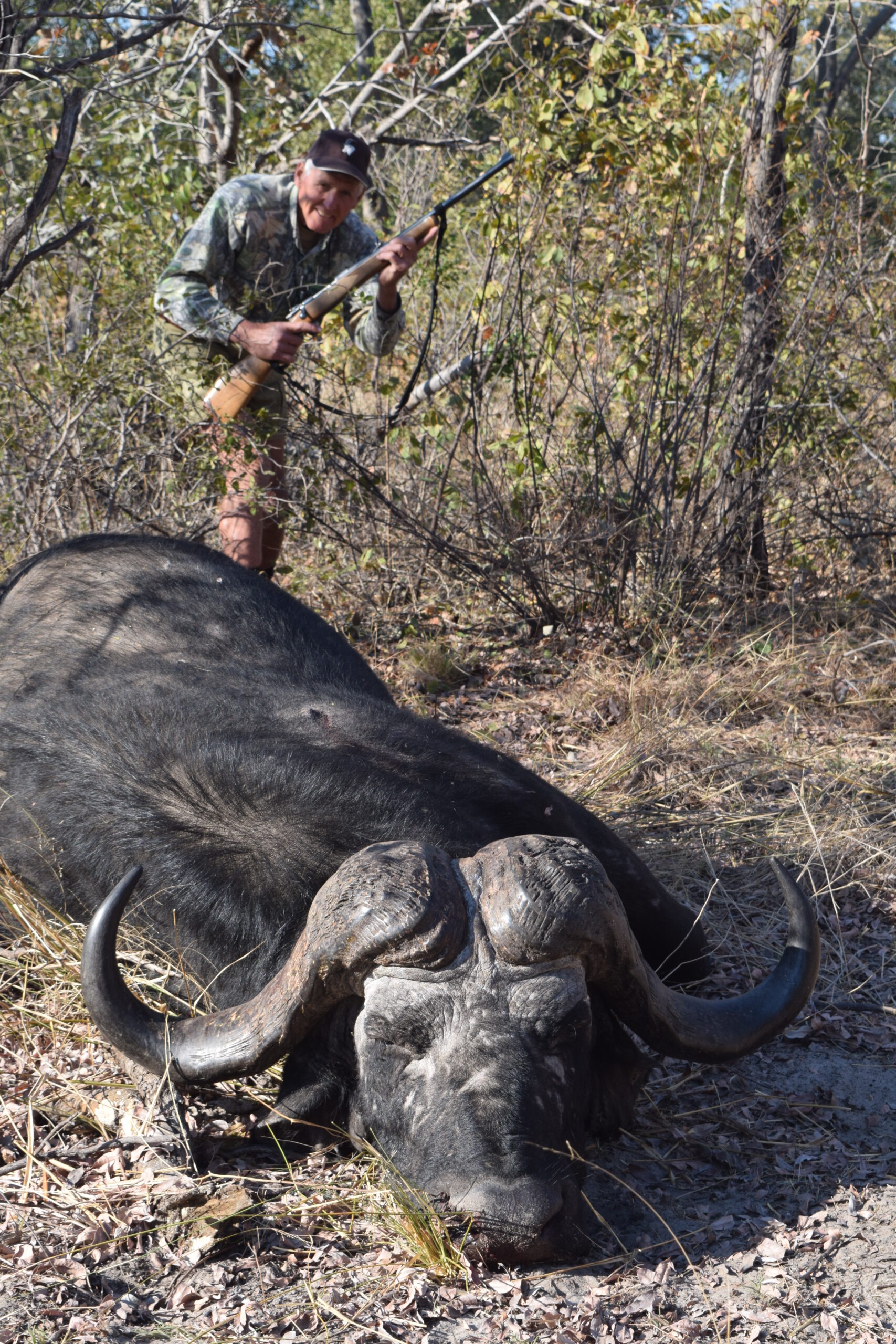 A softnose, then “make sure” solids from a Mauser in 9.3×62 downed this old “Dagga Boy” for Wayne 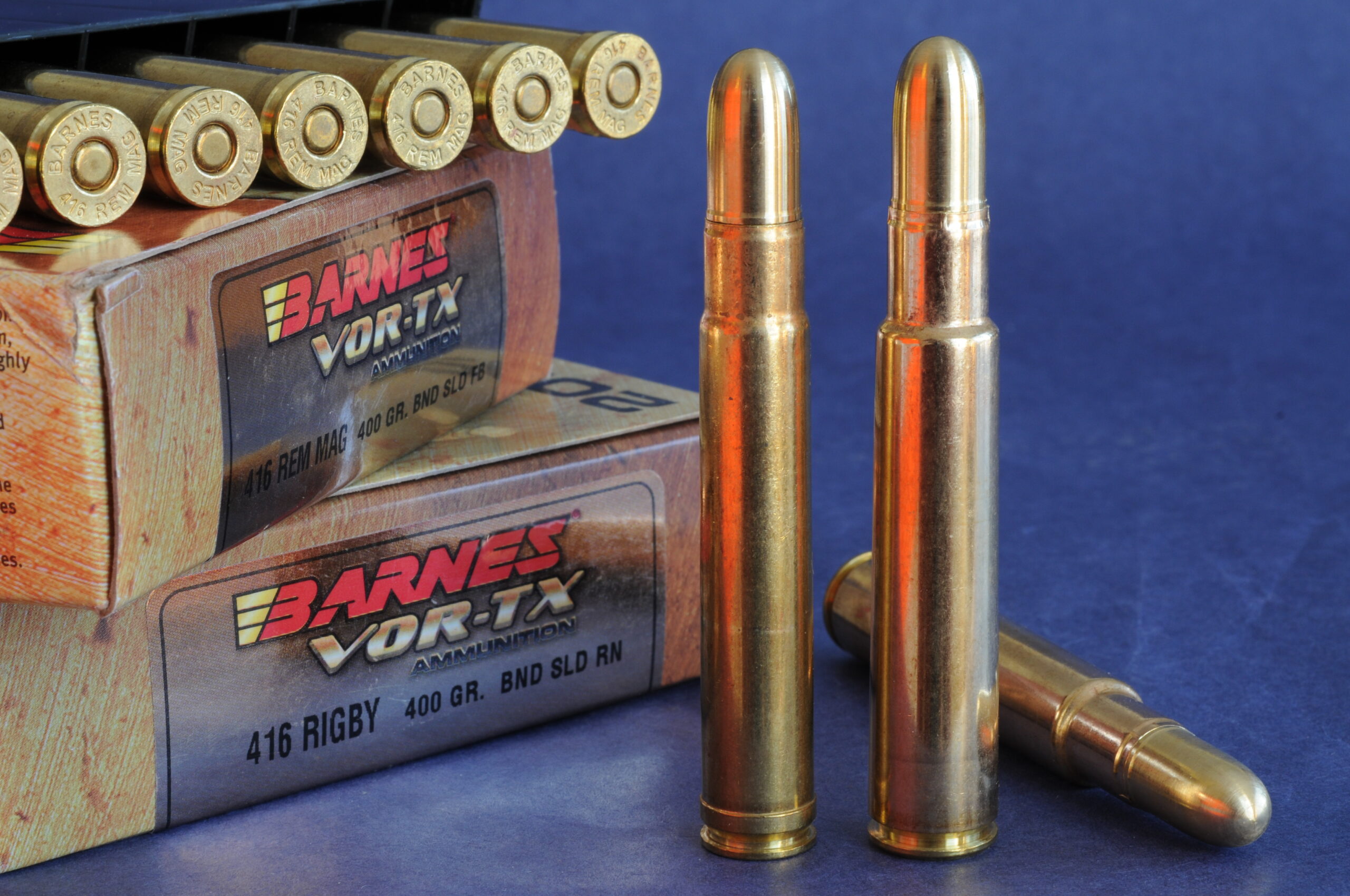 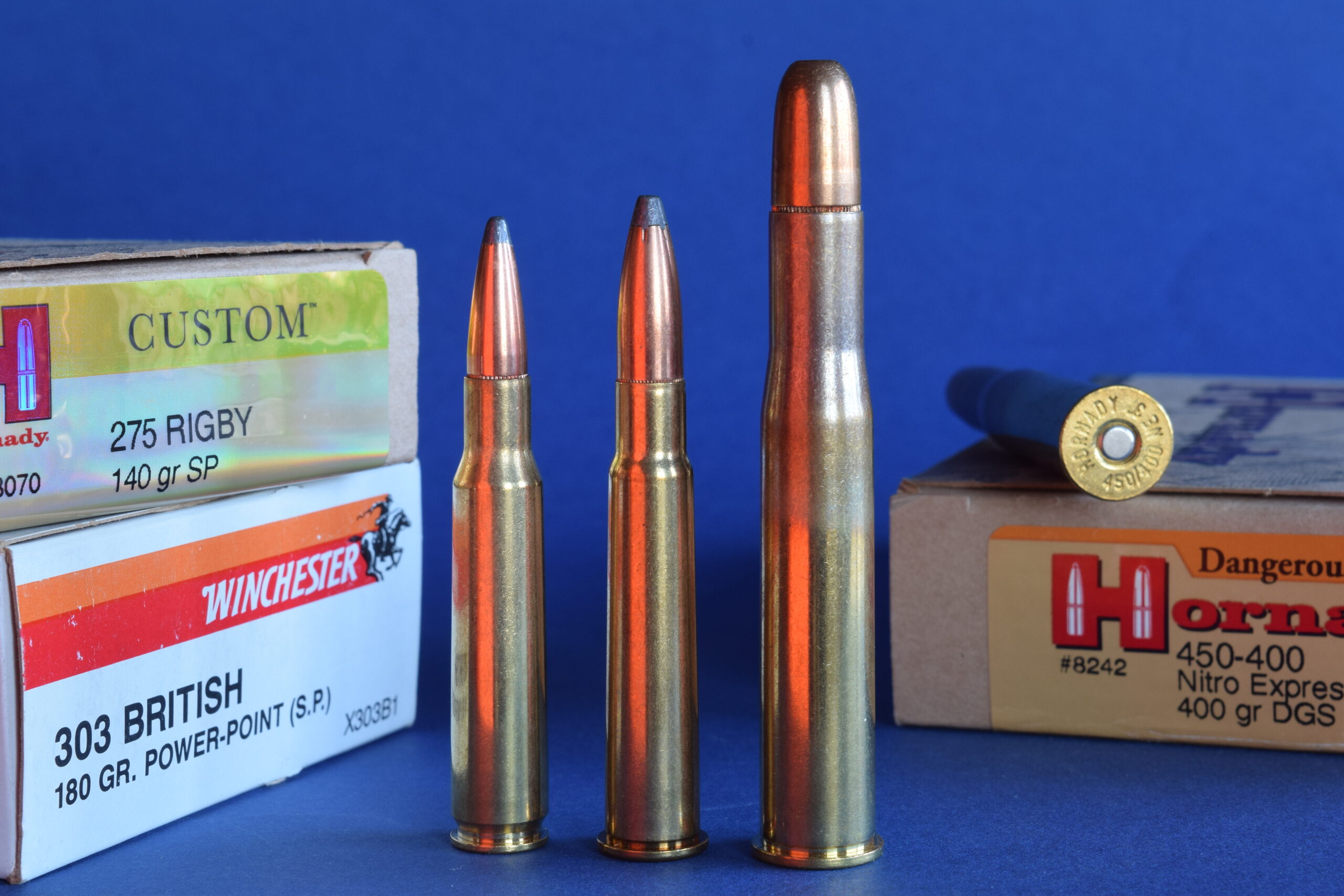 Paul Mauser designed his 1898 magazine for the 7×57. A host of measurements contribute to the original Mauser’s smooth, dead-certain feeding with that round, including, box dimensions, the follower’s step and taper, the angle between case heads in the staggered cartridge stack, the stack’s taper forward …. Even the loose fit of the follower spring to a Mauser floor-plate is purposeful; it squirms to keep the stack centered as cartridges strip from either side. Later Mauser magazines also function with cartridge families, a credit to the original design. 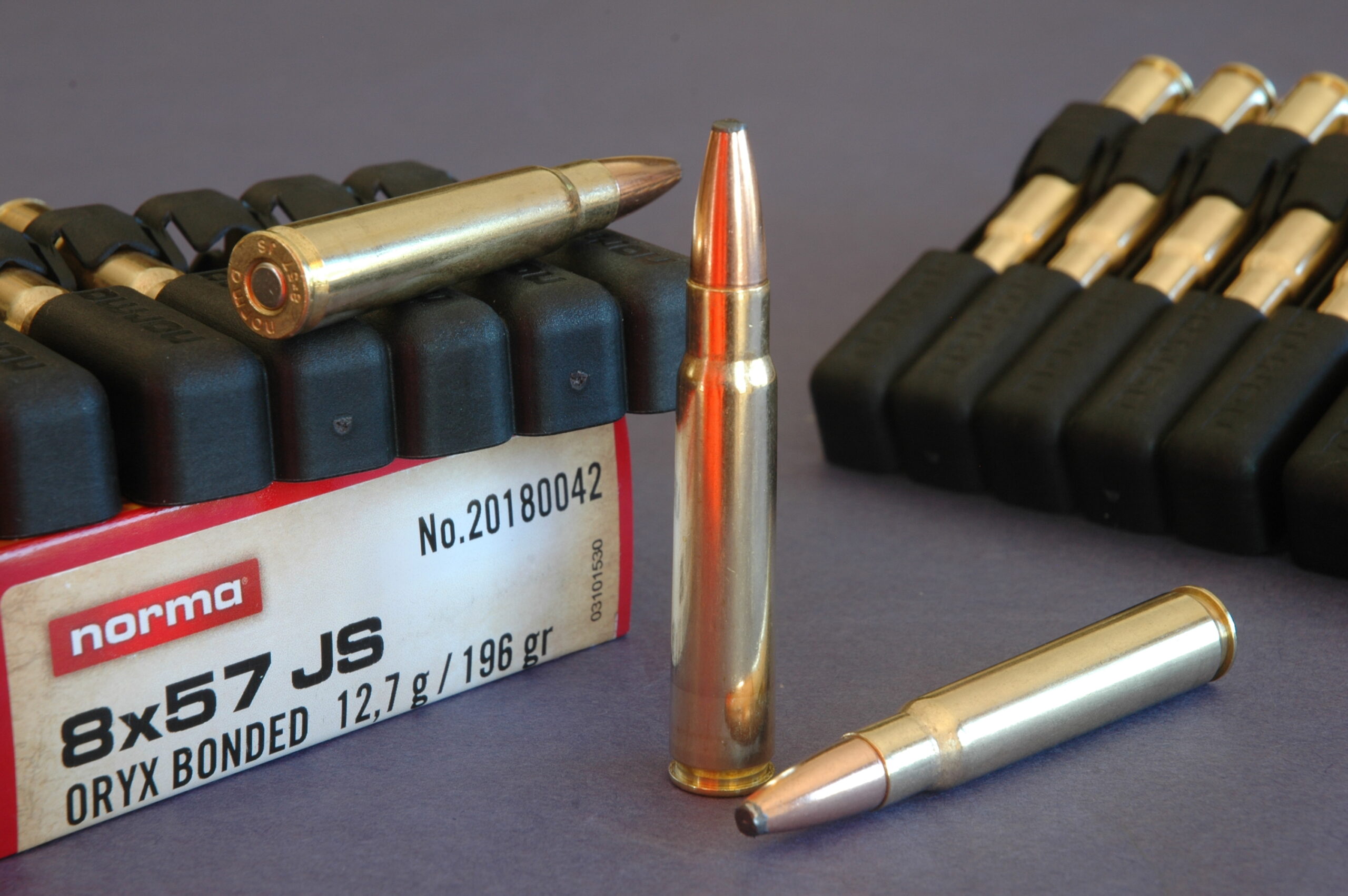 While many Mauser ‘98s were bored to 8×57, this cartridge first appeared in the ’88 Commission rifle 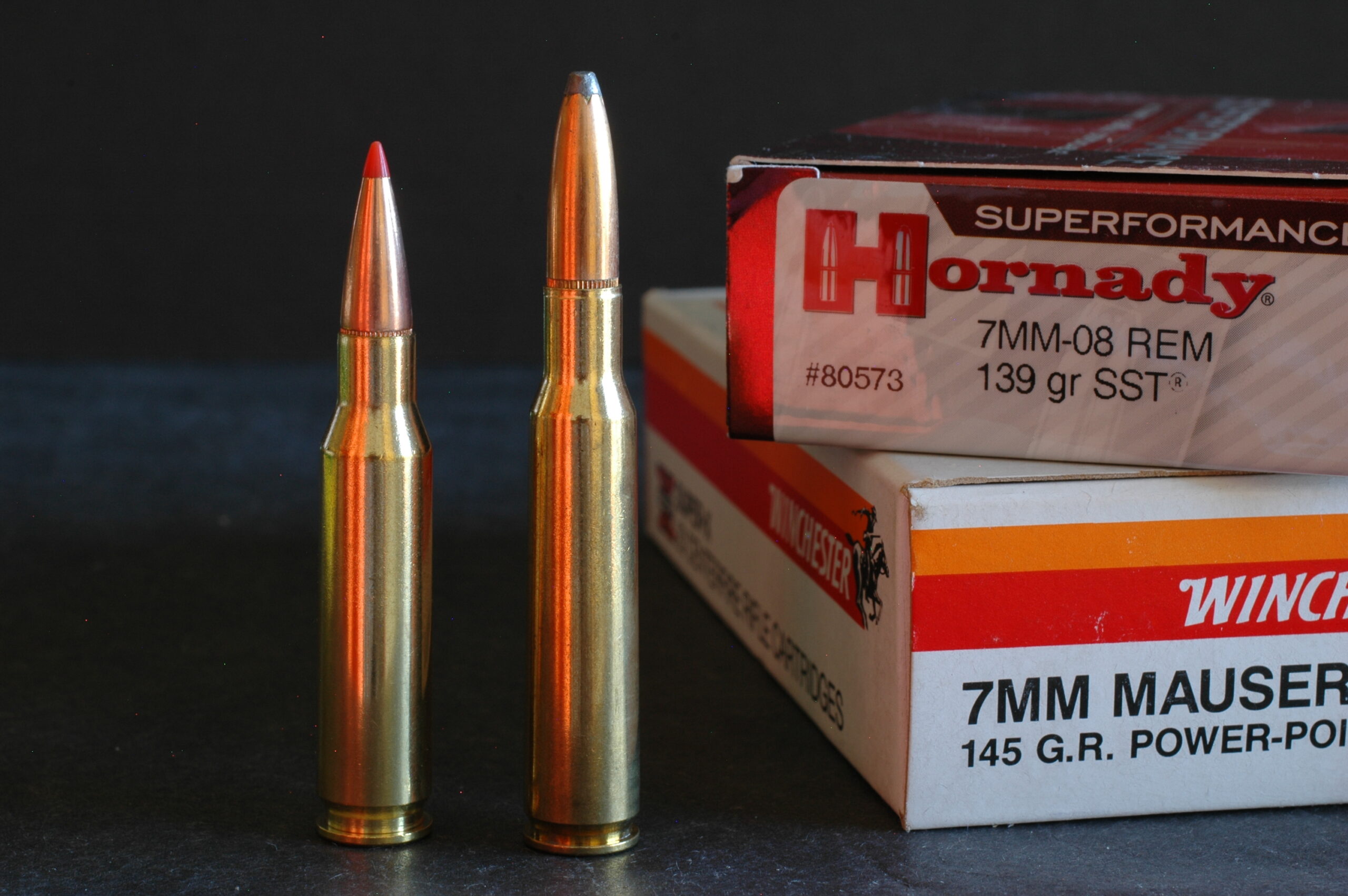 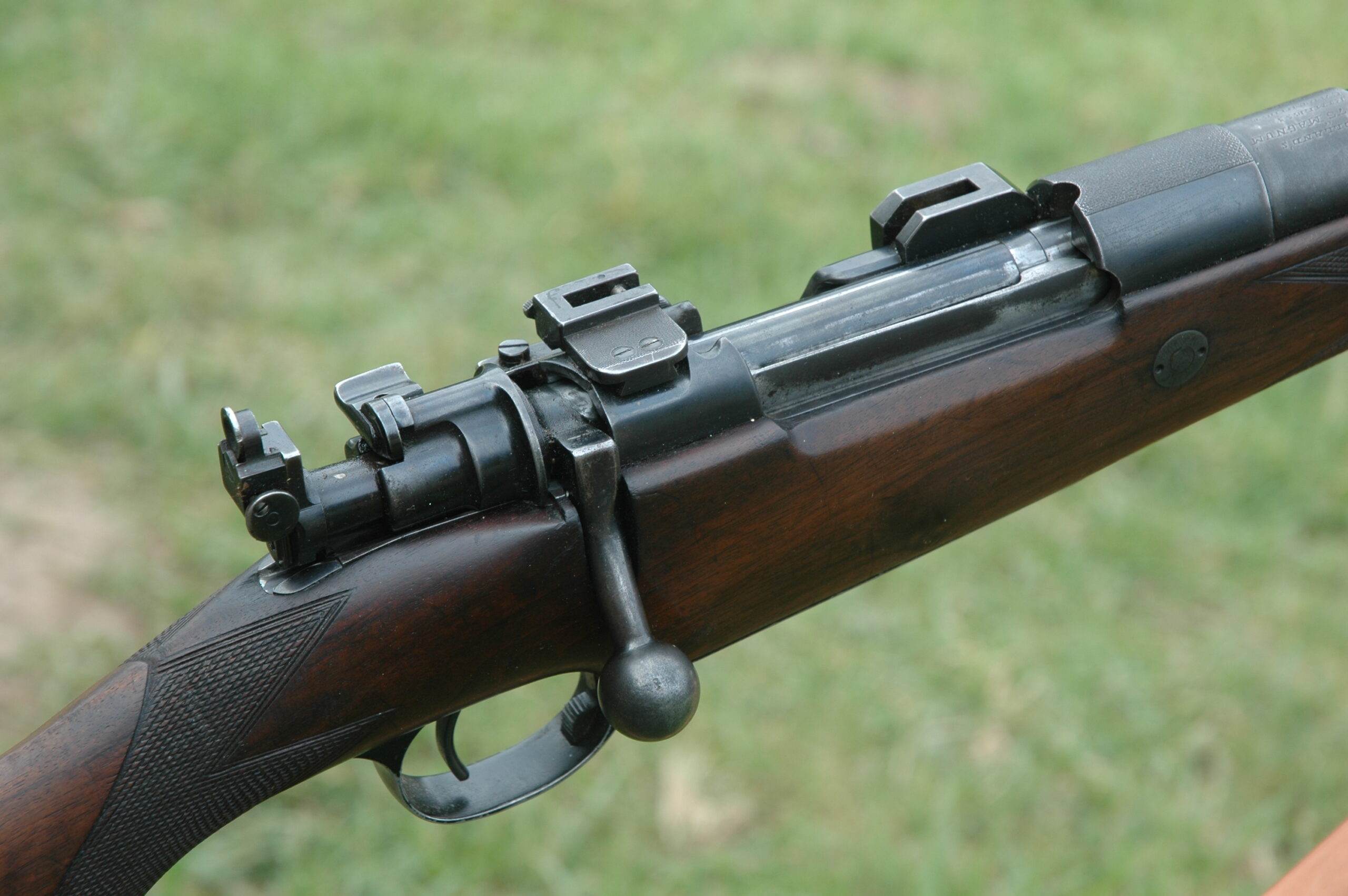 This old but elegant Holland & Holland in .375 has a Magnum Mauser action, a cocking-piece sight