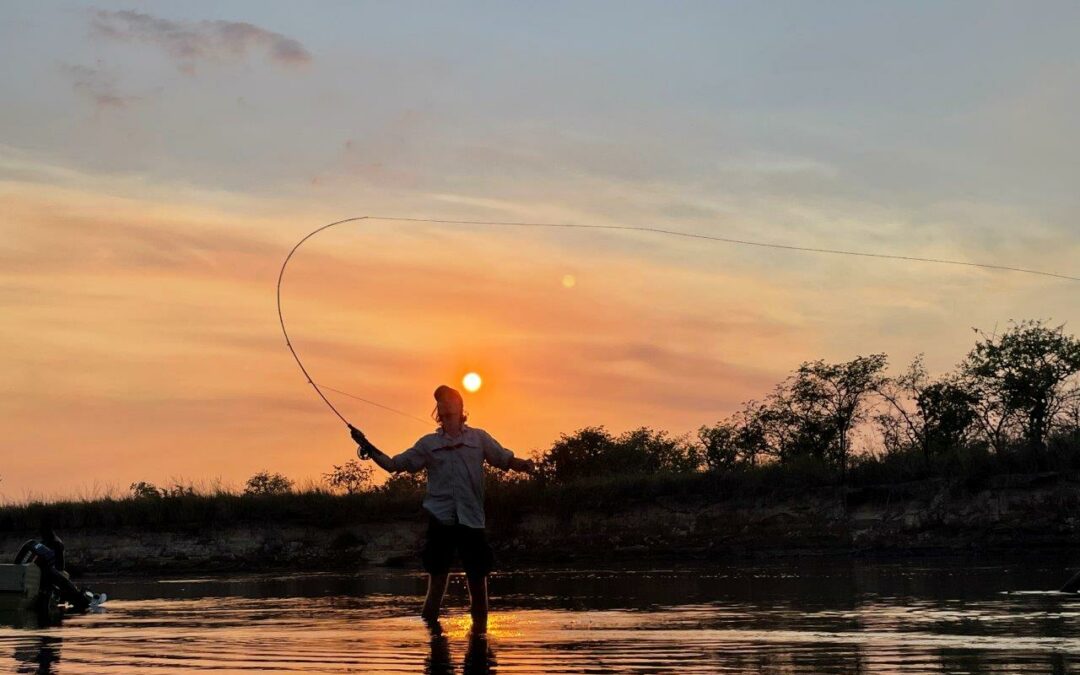 It was a classic case of love at first sight when I first set eyes on the famed Kilombero Valley in 2019.  The Kilombero North Safaris story starts a lot earlier though. It was founded in 1994 and later purchased by the current owner, Akram Aziz. The original purchase was mostly to create a family retreat for the Aziz family, but the seed was planted for what was to become one of the biggest hunting operations and conservation success stories in Africa.

For the next nearly two decades, through careful management, intensive anti-poaching and minimal takeoff, these two areas were transformed from relatively marginal miombo woodlands areas to two of the finest hunting blocks on the continent. The puku population grew from a few hundred scattered individuals to the biggest population in East Africa. Today they count in their thousands. A haven was also created for the thousands of buffalo that the flood plains at the lower end of the Valley used to be famous for. With massive human encroachment in the floodplains in the early 2000s wildlife had to make space for cattle and rice farms. Fortunately, by that time Kilombero North Safaris areas were well established, and it didn’t take long for the clever bovines to figure out where they are safe and the big cats in turn were soon to follow their primary food source. 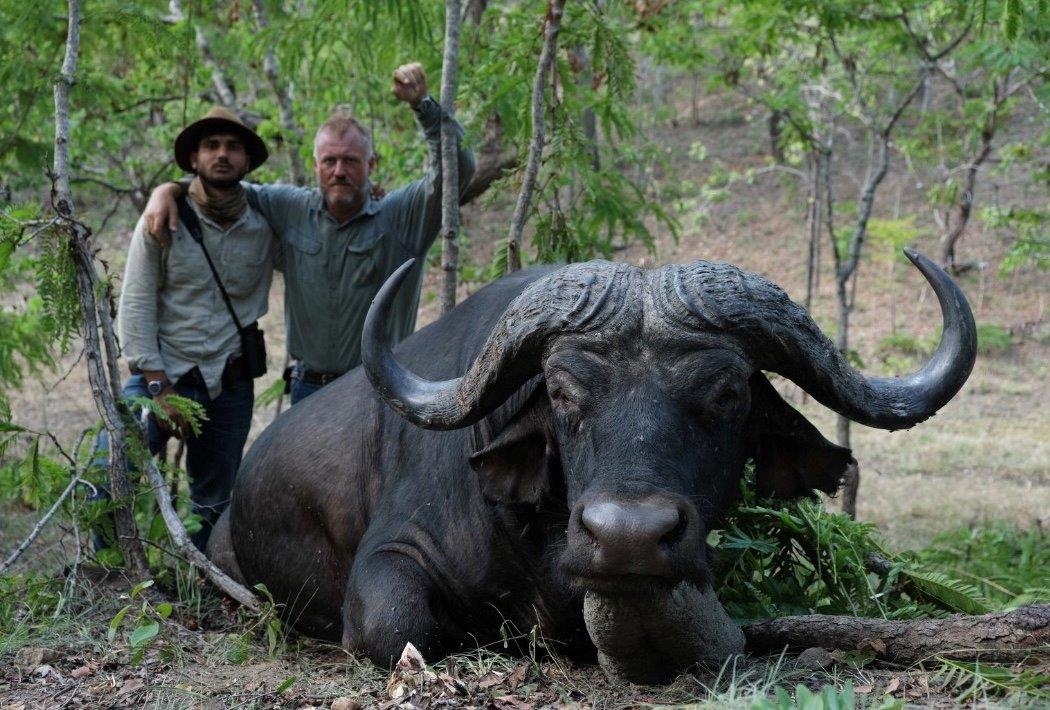 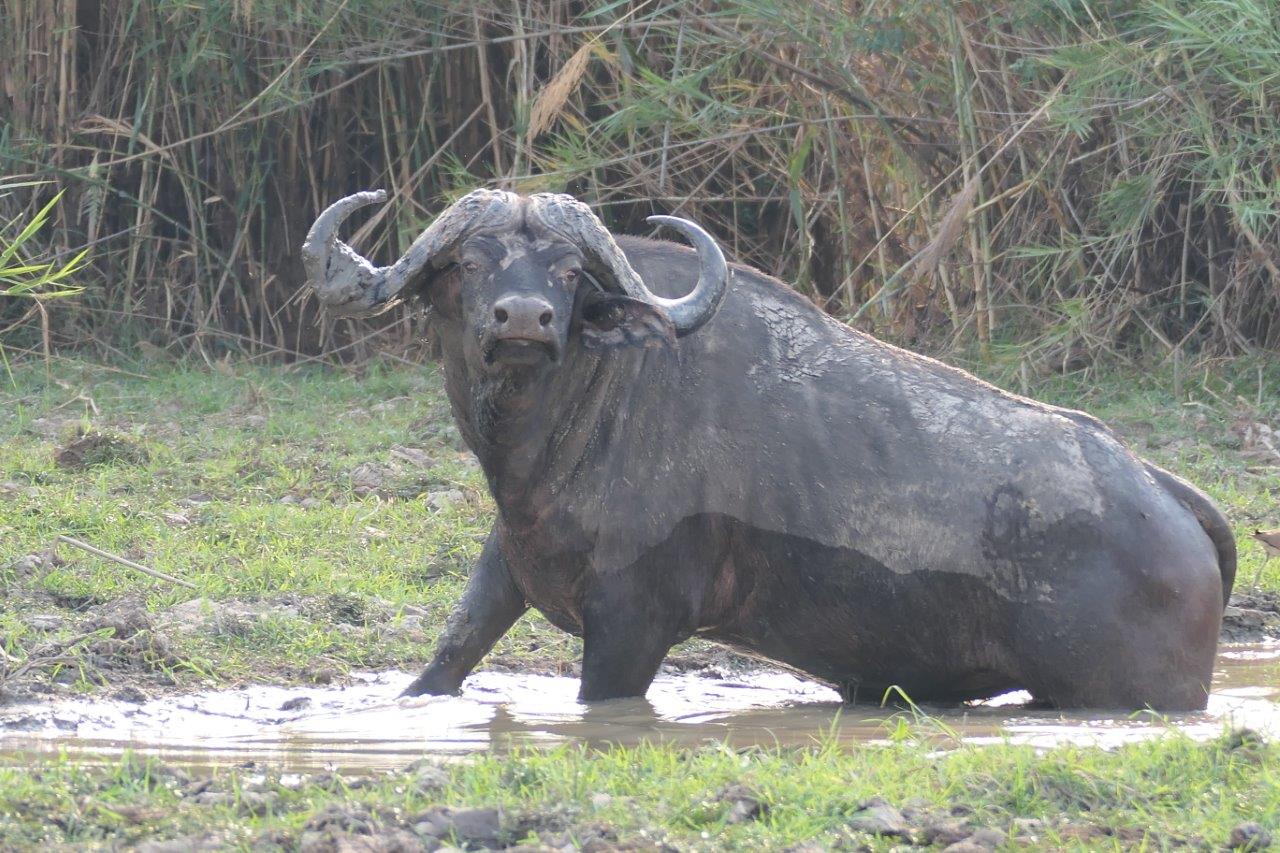 The Ruhuji and Manyera Rivers, that form part of the headwaters of the actual Kilombero River, run like two main arteries through the areas. Once these rivers were cleared of illegal fisherman and indiscriminate fishing and large-scale netting, the tigerfish populations skyrocketed, and the steady income the flyfishing operation started generating in the early days, gave KNS the opportunity to keep hunting quotas to the bare minimum. (Buffalo quota was limited to eight per area for years, and the lion and leopard quota was very rarely sold). All these factors, combined with Akram Aziz the owner having deep pockets and a big heart for people and wildlife, lay the foundation for what is fast becoming one of the biggest privately funded African conservation success stories in modern times.

As remarkable as all that sounds, it is only the beginning of the story.

By the time Zidane Janbeck and I took over management of the company in 2020, the two exciting areas held a buffalo population counting in the tens of thousands, 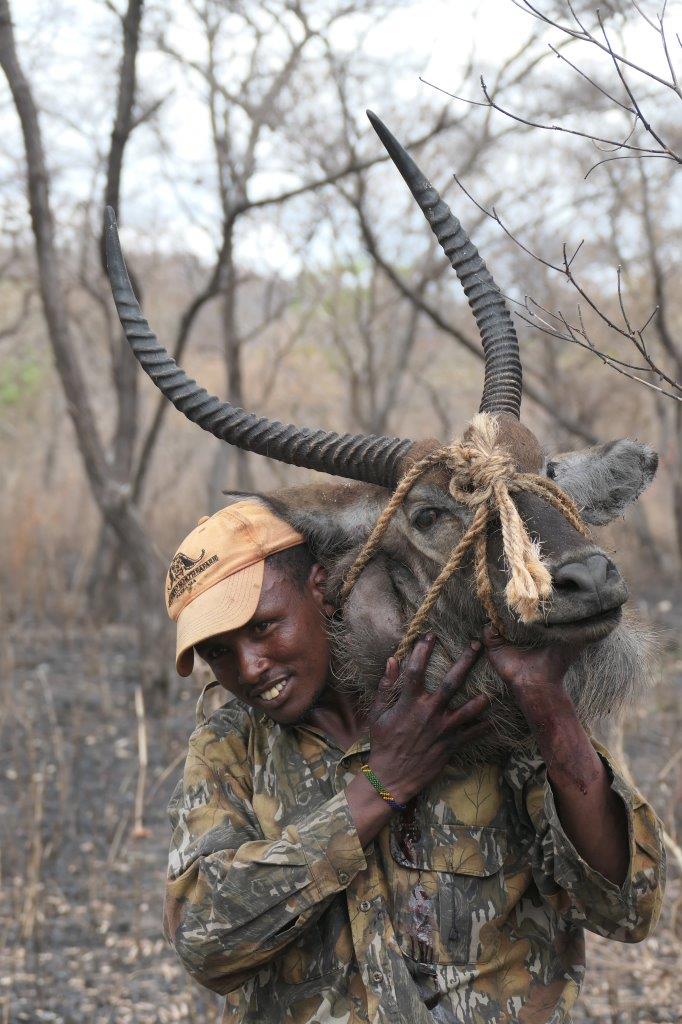 with a very healthy big-cat population, and eland, Roosevelt sable, Lichtenstein hartebeest and general plains-game populations as healthy as they have ever been.

Our management style, being very hands-on, means that we don’t run the company from behind a desk in the city. From day one we spent a lot of our time on the ground, guiding hunts and supervising camp building and anti-poaching operations. It didn’t take us long to figure out that it is not just our two areas that benefited from Akram’s decades worth of conservation efforts. The neighboring vacant hunting areas also flourished with game spilling over from the areas, KNS effectively turned into wildlife refuges.

In 2020 we had to make some big decisions, with the hunting industry at an all-time low amidst the worldwide COVID-19 pandemic, the four neighboring areas came up for auction. Do we put everything on the line to secure the whole Valley or do we play it safe? 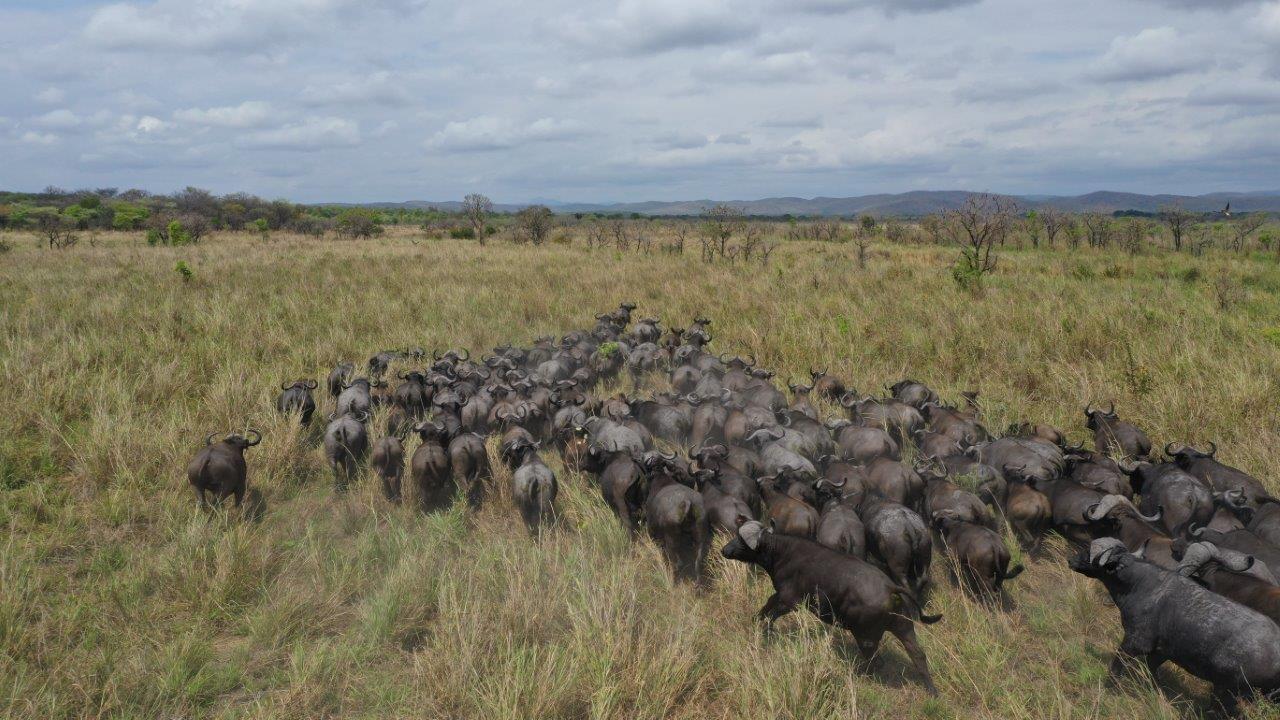 Fortunately for the Valley and conservation in general, Akram’s passion for wildlife has never known any financial boundaries, and we added the Kilombero Game Reserve, Furua/Mwatisi Game Reserve, Mwatisi Game Reserve and Mahenge Game Reserve to the list of areas (All newly established Game Reserves). With winning back the original two areas in the latest round of auction in January 2022, we now have six neighboring hunting areas in the valley covering a total of 3,460,000 acres (to put it in perspective, that’s roughly the size of a third of Switzerland). Our only neighbor in the valley is the newly established Julius Nyerere National Park, formerly part of the old Selous Game Reserve, with which we share more than 100 kilometers of boundary.

Every day spent in the new areas comes with new surprises, and every block, as can be expected in such a vast area, is unique in habitat, terrain and seasonal game movement.

Kilombero GR. (2788km2) is situated at the bottom end of the Kilombero Valley, and is mostly made up of floodplains, islands and river channels. This area was once home to most of the buffalo now in our areas further upriver, and had suffered tremendously from the pressure of human encroachment over the past decade. It is a crucial part of protecting the whole valley though, and with it now being a game reserve and the cattle and people being moved out, it will not take long for it to return to its former glory. We are implementing the same intensive anti-poaching measures with minimal take-off here that we had such great success with in the original KNS areas. Within a few years this will once again be the paradise for buffalo that it was fifteen years ago. 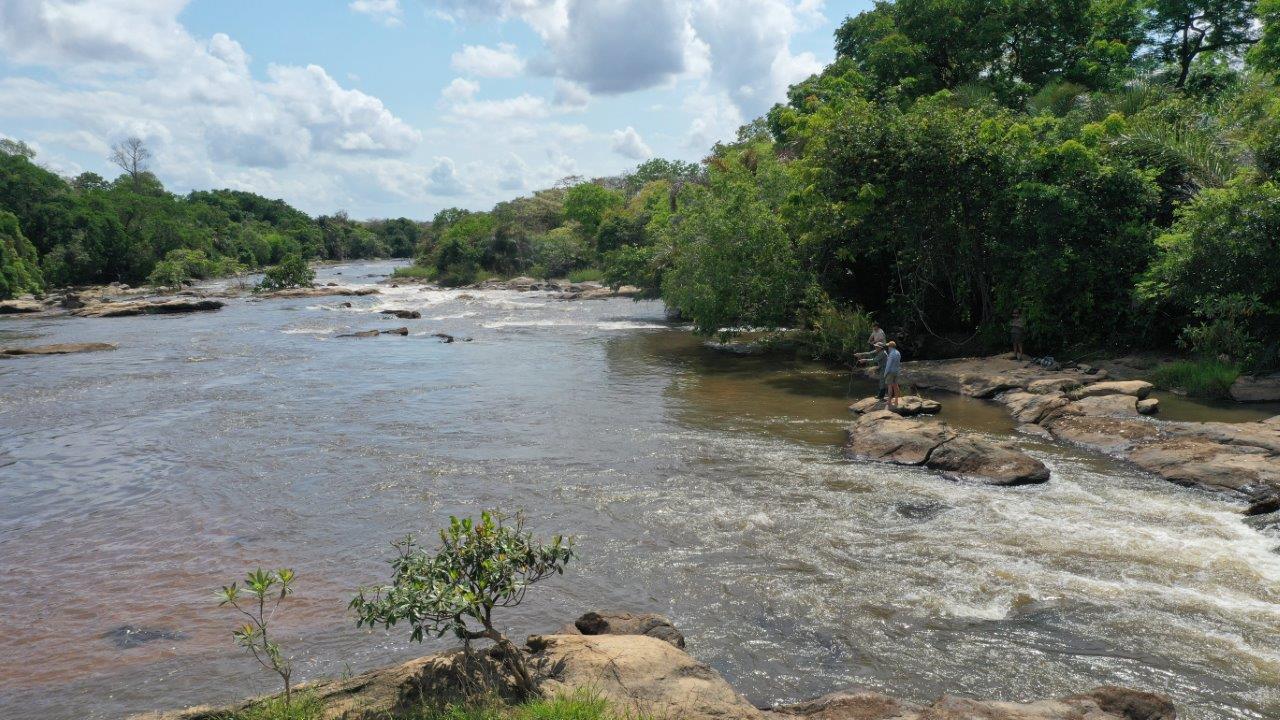 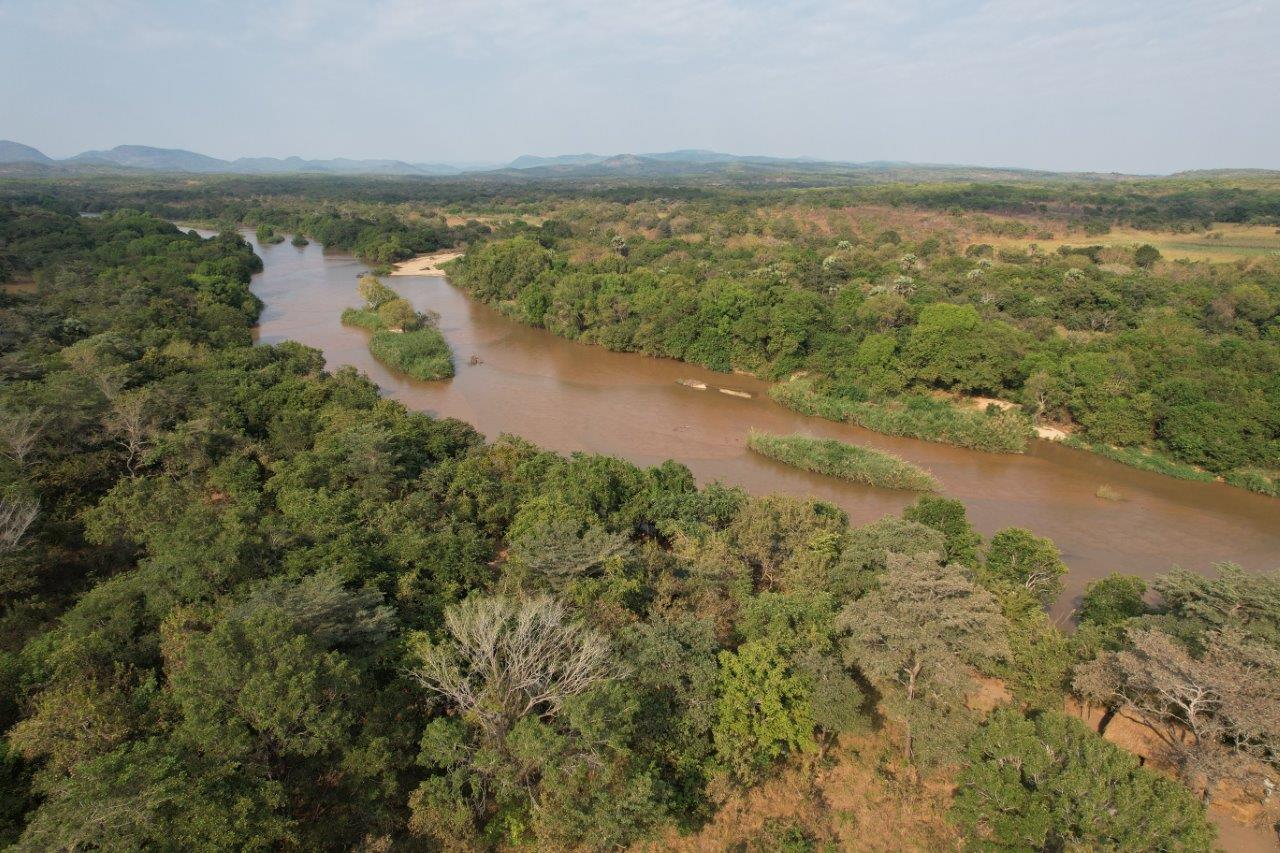 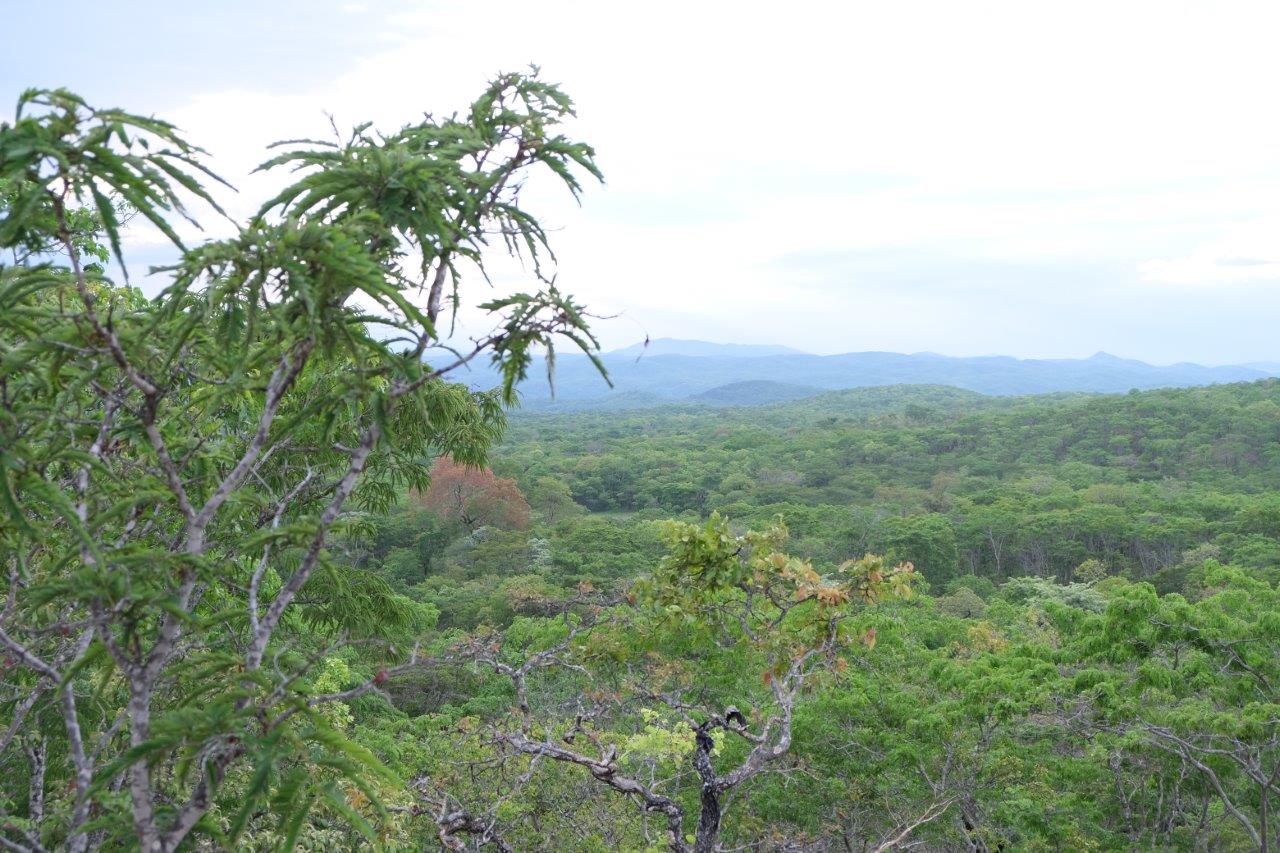 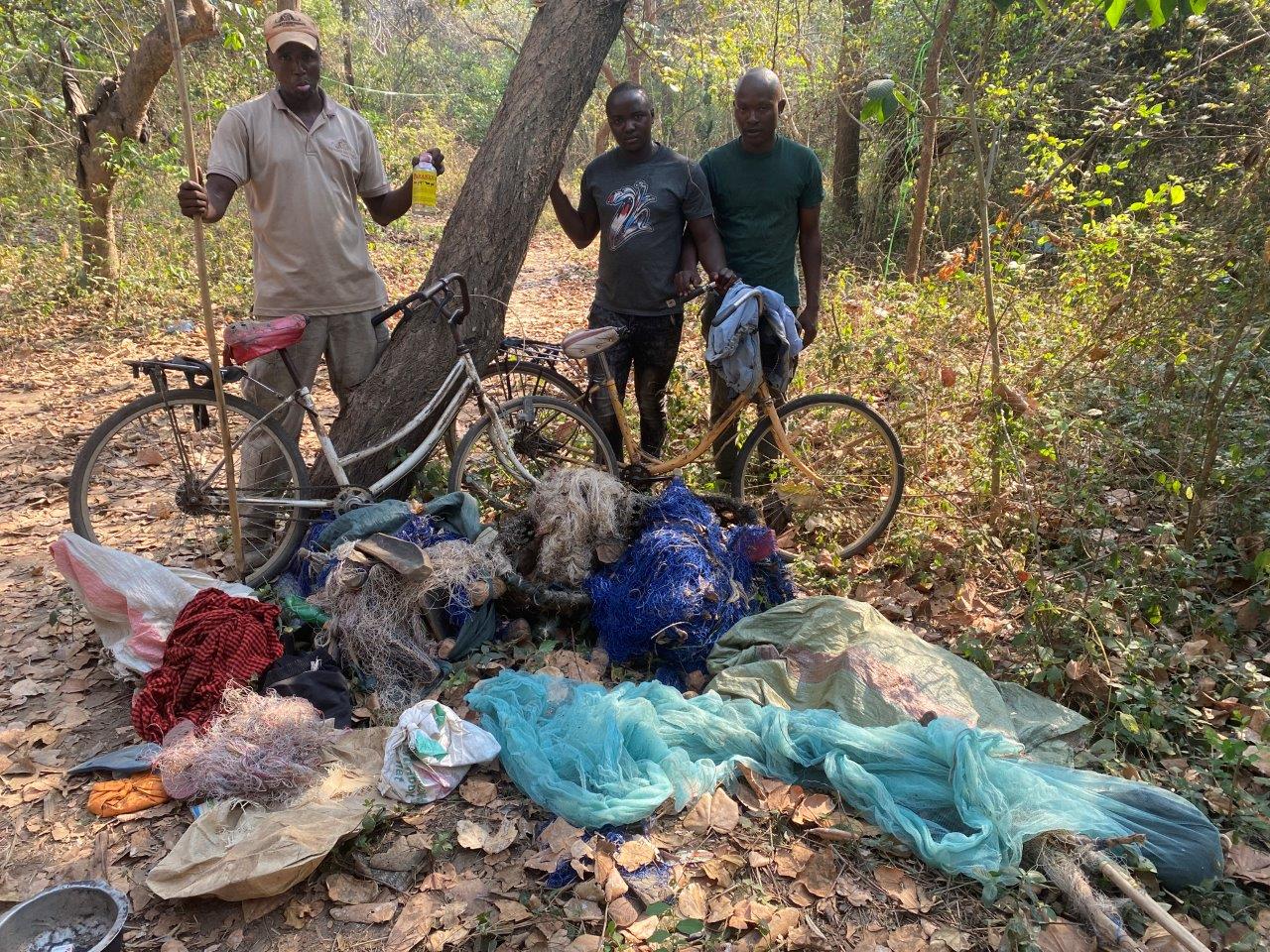 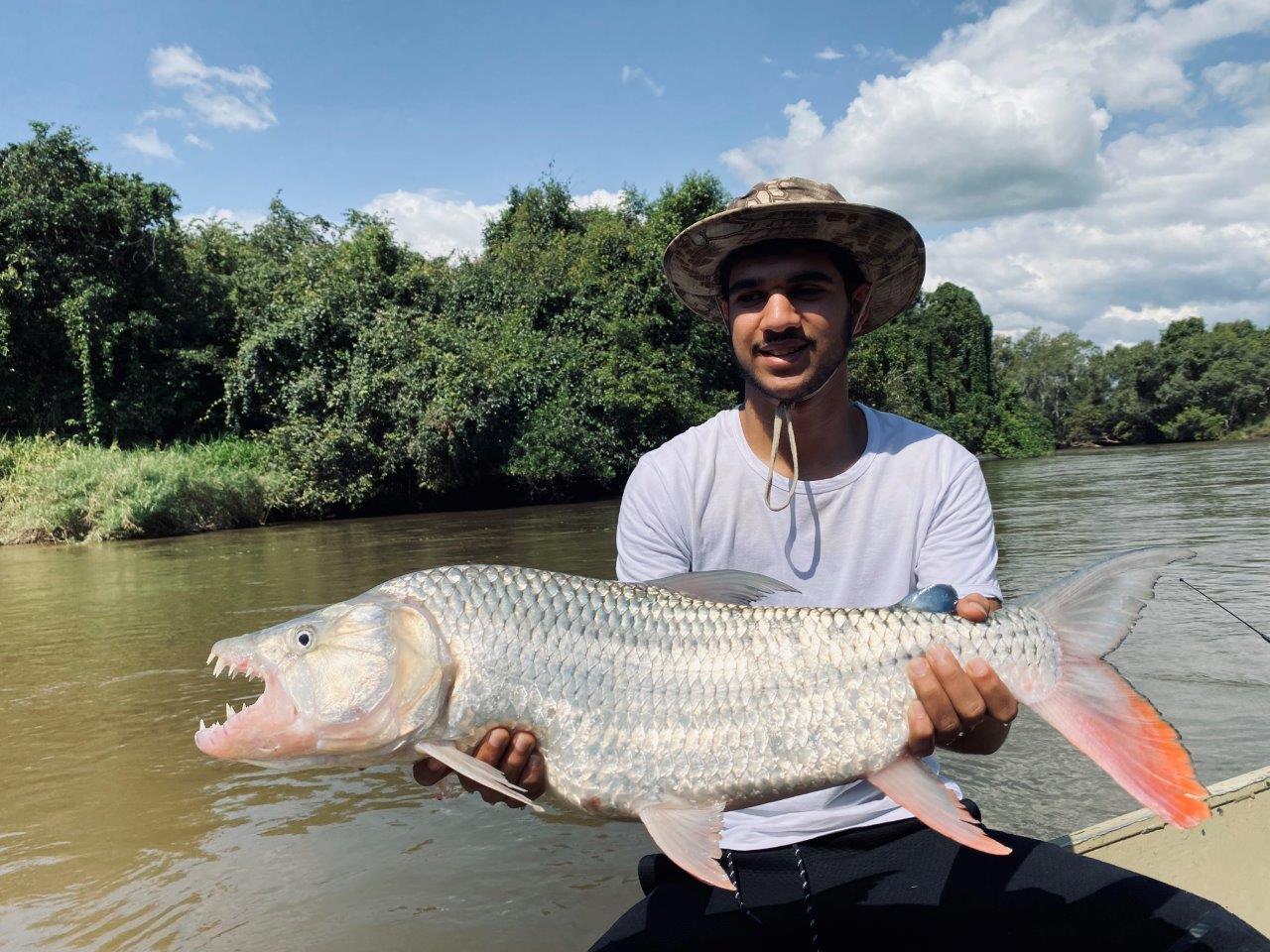 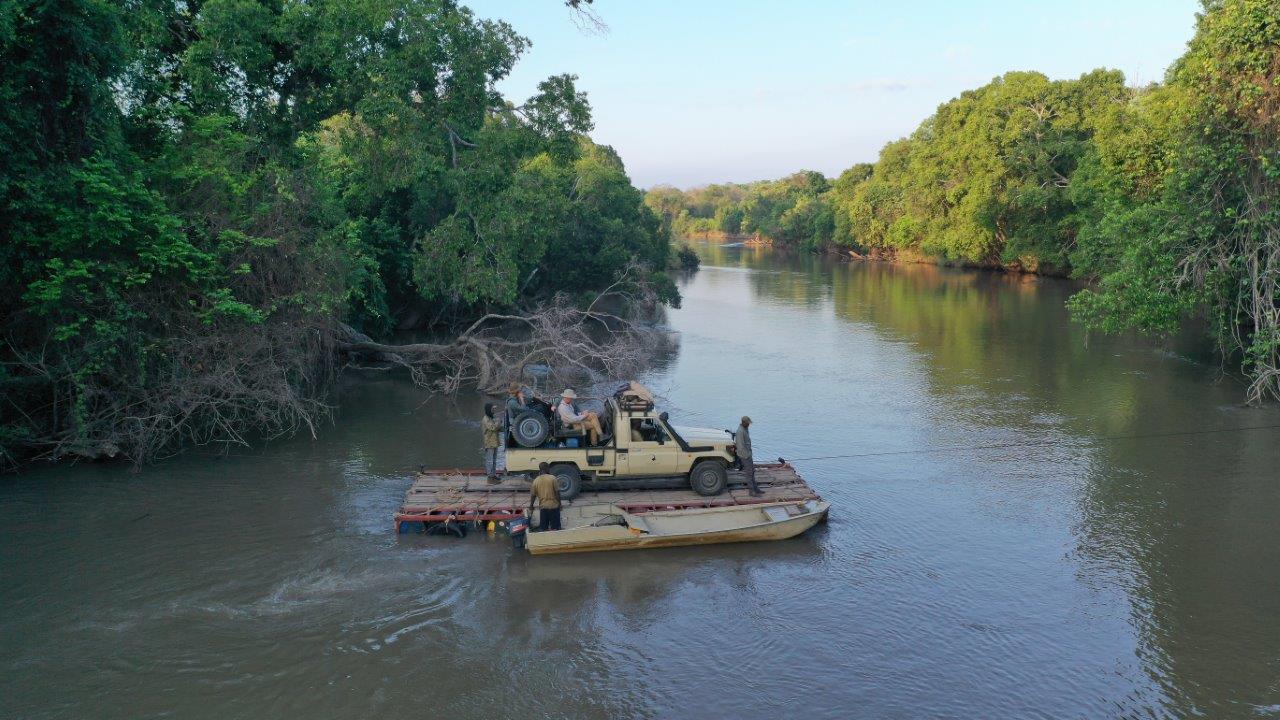 Furua/Mwatisi GR. (1315km2) is turning out to be the best leopard area I’ve ever had the privilege to hunt. On an exploratory safari in 2021 we had 23 leopards on bait in 14 days, and we discovered the best spot casting for Tiger fishing for fly fisherman any of us have ever seen in the upper reaches of the Pitu River. This is never-fished-before virgin water.

Mwatisi GR. (2186km2) is every adventurous hunter’s dream. The Tanzania Wildlife Authority (TAWA) created this area when they combined the original Mwatis and Furua areas into one hunting block. It is 2186 square kilometers of completely untouched wilderness that has never been hunted before. Unlike Ruhudji and Dhala, you do not see the herds of buffalo numbering in their thousands, but with its deep valleys and abundance of springs it is the favorite hangout for bachelor herds of Dagga Boys and some spectacular big-bodied lions. The top end of the area is part of a big migratory route of elephant moving between the Nyerare National Park and the headwaters of the Kilombero River system in the Southern Highlands. 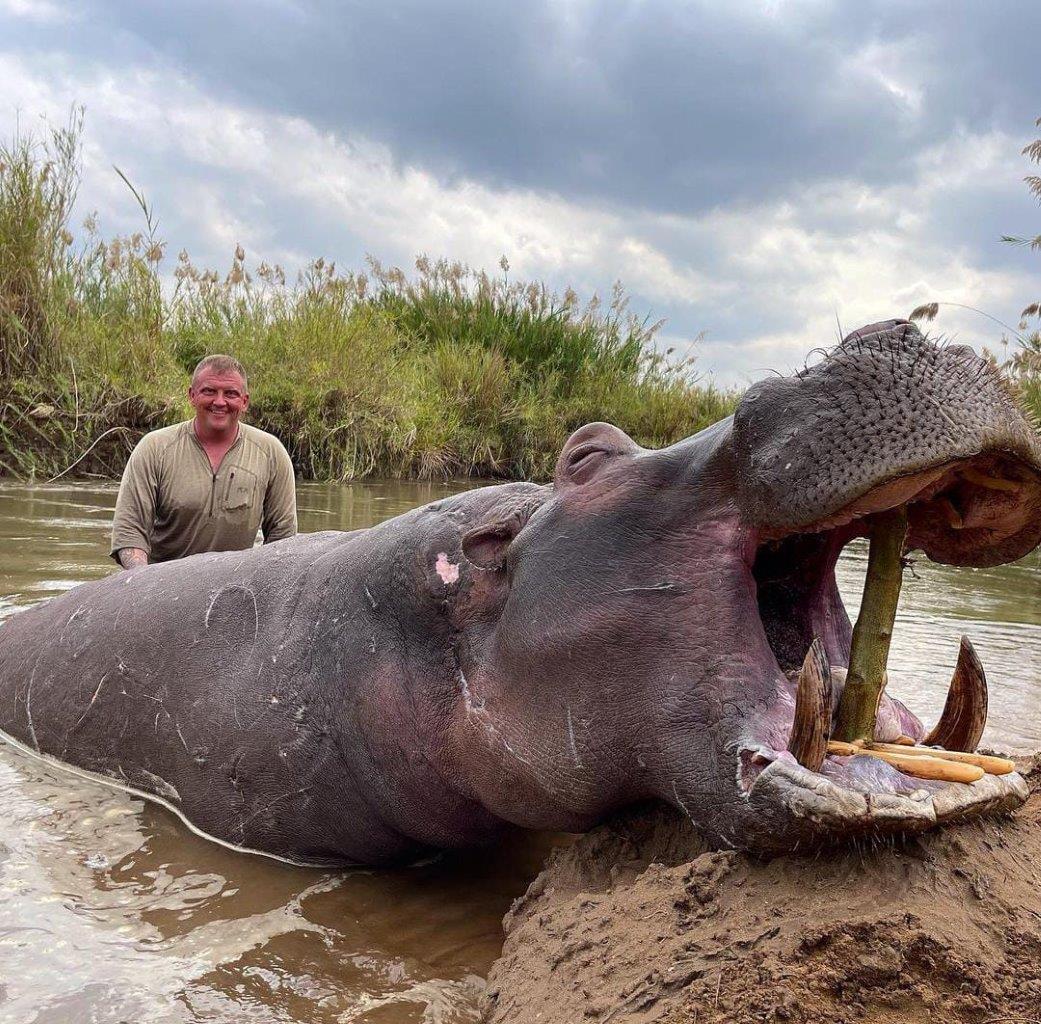 Mahenge GR. (3075km2) remains relatively unexplored, but is probably the most exciting project for the next few years. The area includes the Mahenge and Mbarika Mountain ranges. When rugged country comes to mind, think Mahenge Game Reserve. The mountain ranges remain largely unexplored. Previous helicopter surveys showed big numbers of eland, buffalo and elephant on the grassy plateaus. The ravines and valleys are home to some giant leopard and bushbuck. Red duiker and suni are a common sight in in the mountain forests. As we continue to explore this unique area there are bound to be plenty of new, exiting discoveries.

At the time of writing the article we have a permanent anti-poaching crew of 60 people divided into six teams on the ground, all accompanied by

Tanzania Wildlife Authority game scouts. To keep all our teams mobile is a momentous task in itself, with four Toyota Land Cruisers, six boats and six motorcycles dedicated to the anti-poaching operation alone. During the rainy season, from January to May, large parts of the valley is inaccessible by motor vehicle, and the boats play a major role in giving our people access to the most remote areas from where they patrol on foot. As part of our long-term feasibility studies, we are planning an aerial game count in conjunction with TAWA later this year to establish accurate game numbers to help establish conservative and sustainable quotas for all six areas. Following on that, the purchase of a light aircraft to support our teams on the ground is also part of our game plan.

We learnt a long time ago that wildlife does not stand a chance if the communities surrounding our areas do not directly benefit from the hunting activities. Over the years Kilombero North Safaris has had a tremendous impact on the quality of life of the people in and around our hunting areas, not just in the Kilombero Valley but all over Tanzania. Heavy emphasis has always been on education and medical facilities; we also create employment opportunities for people from the local communities at all levels of the operation. We can proudly say we are making a difference. The knock-on effect of this is that this has enabled us to win the trust of the people closest to the wildlife, resulting in a network of informers that would make any government spy agency proud. With this close cooperation we often manage to be proactive in avoiding wildlife crimes before they ever happen.

What makes this project unique is that from day one Akram insisted that it always remain privately funded. We are now sole custodians of what is, to my knowledge, the biggest tract of huntable land operated by any private company in Africa. It is a big commitment and takes a lot of reassurances and effort to maintain. We are winning the battle, though, to a large extent thanks to the fact that the Kilombero Valley is no longer one of Africa’s best-kept secrets. To fund the project, we must create a lot of revenue, and that means hosting a lot of foreign clients. The response from the hunting world has been tremendous, and the past two seasons has been incredible, despite the COVID pandemic. Ninety percent of clients who hunted in the Kilombero Valley since 2019 have rebooked, and the 2022 marketing season added a considerable number of new bookings. There is no better place than the Kilombero Valley to prove the point that hunters’ dollars created through sustainable utilization is the only hope for wildlife and wildlife habitat in large parts of the continent. I credit a large part of our success to the fact that our clients realize that by booking a safari with Kilombero North Safaris, not only do they get to experience Africa as it was a century ago, but they also become partners in an incredible conservation success story. 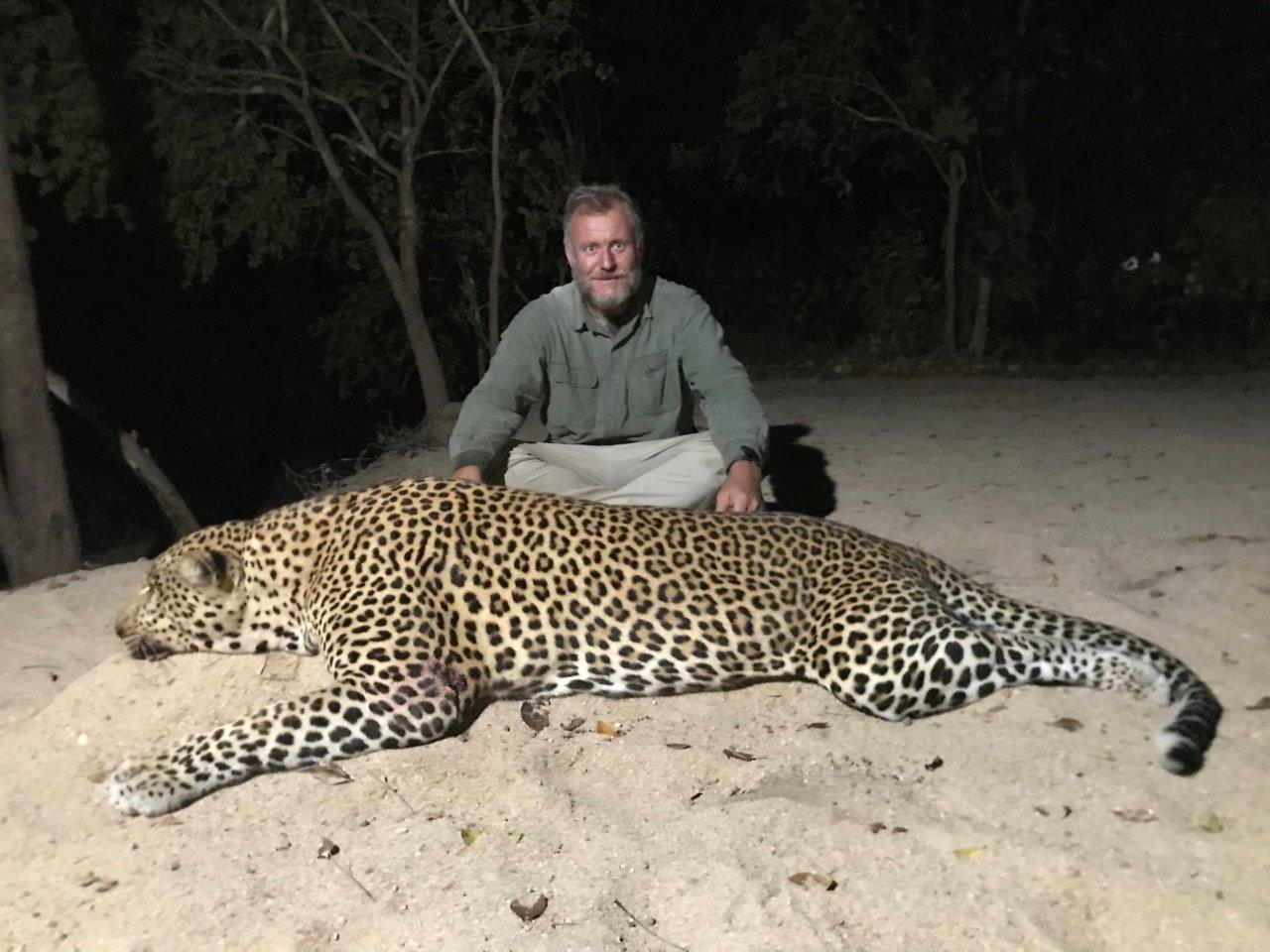 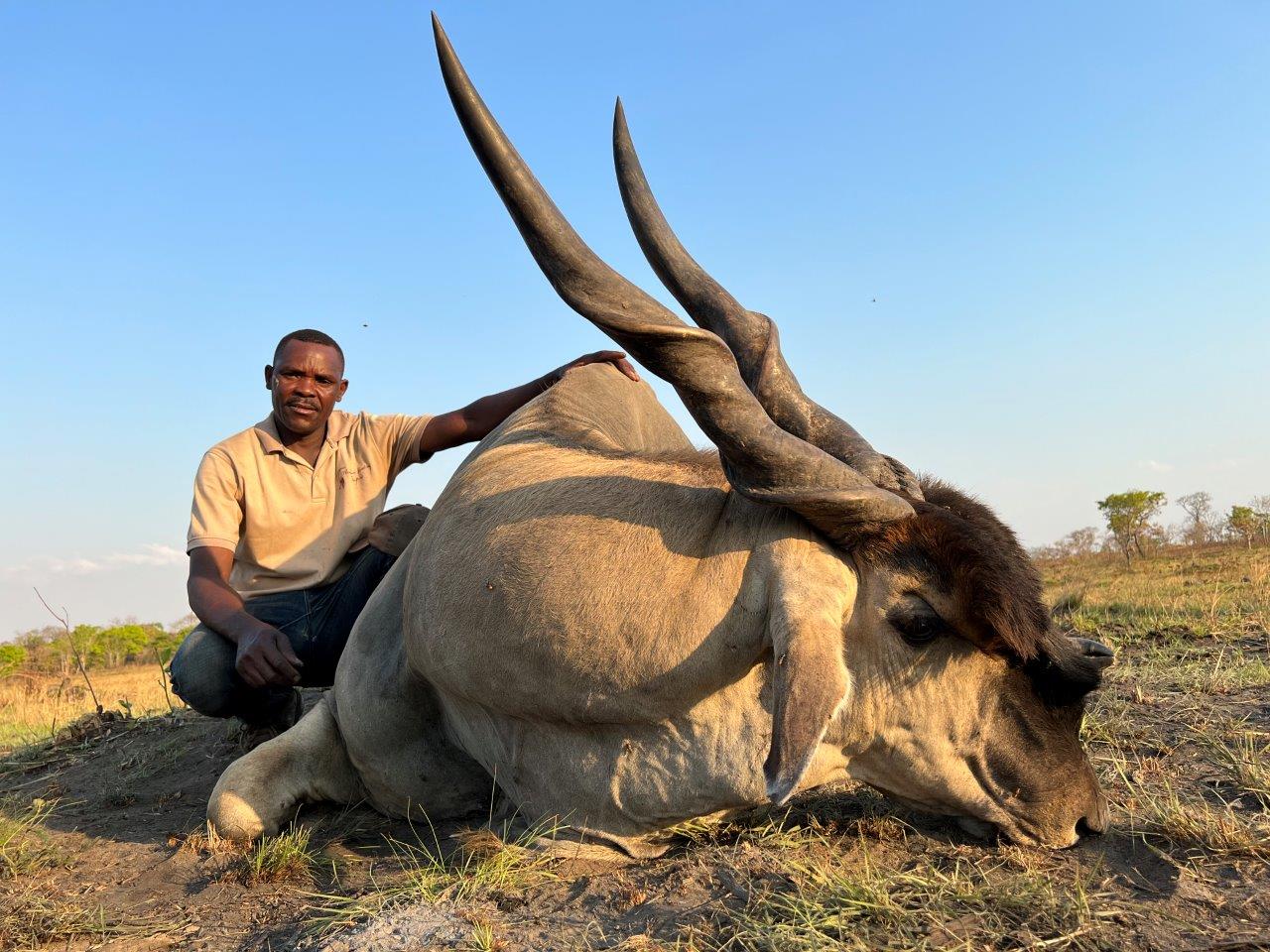 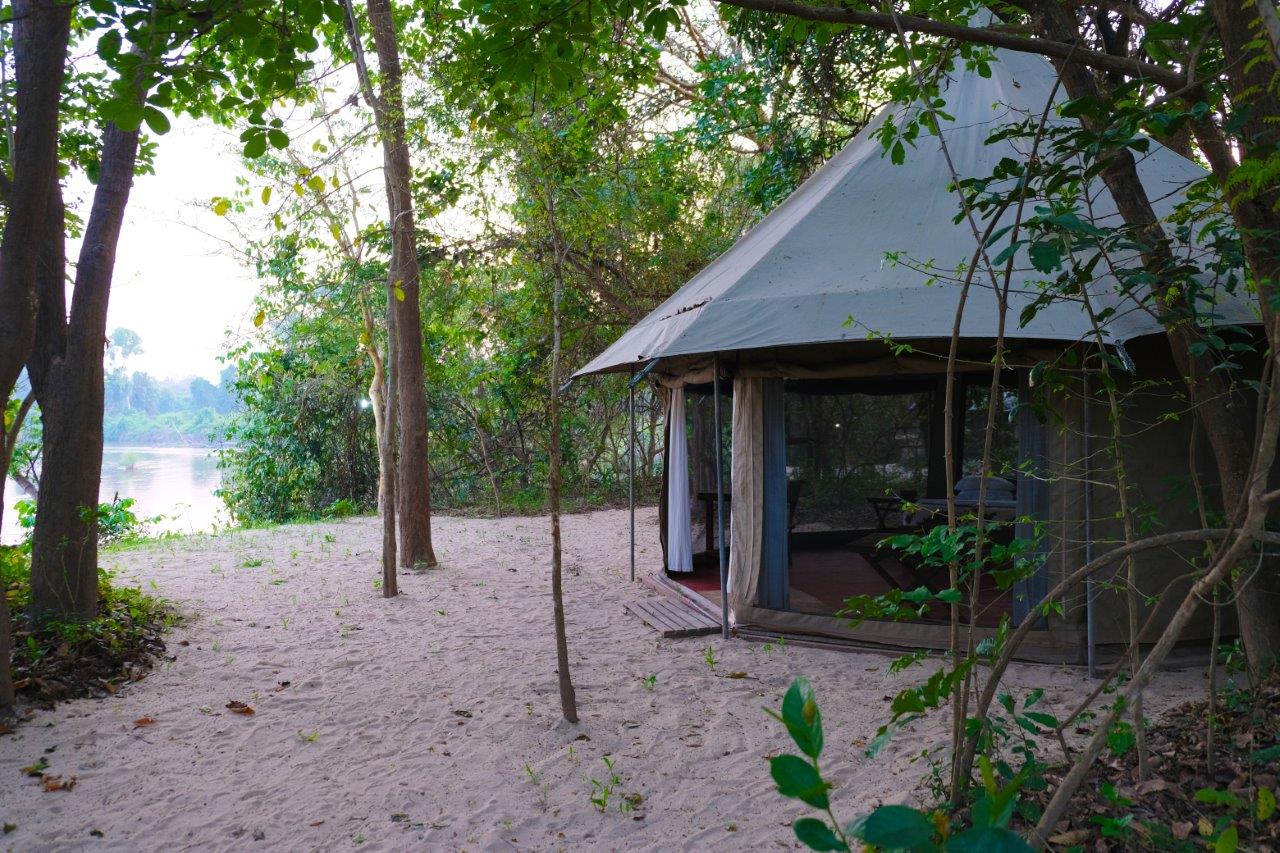 Quintin Whitehead was born in the Northern Cape of South Africa and spent his childhood on a cattle ranch on the edge of the Kalahari Desert. At the age of 19 he upped his roots and moved to Tanzania, where he did his hunting apprenticeship and made his career as professional hunter. Quintin is part of the management team of Kilombero North Safaris while also still actively pursuing his professional hunting career with the company.

You can contact Quintin or Zidane at qwhitehead2001@yahoo.com or gm@wemberesafaris.com