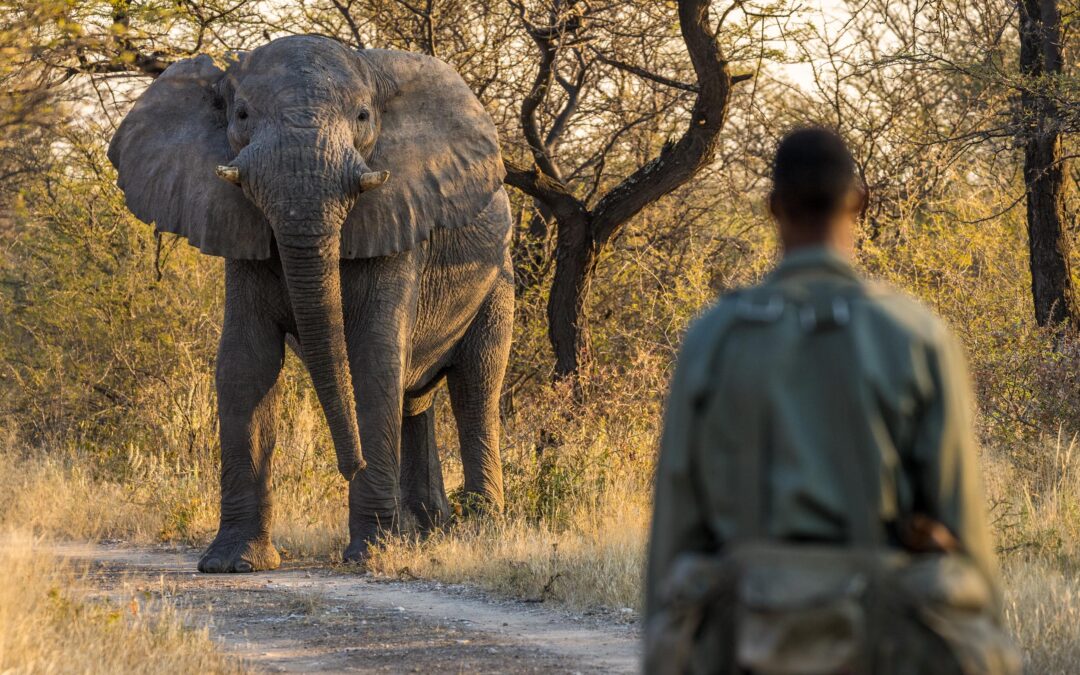 The need for rangers to help in anti-poaching and anti-trafficking patrols is mounting every day, with 259 rhinos poached for their horns in the first six months of 2022 in South Africa alone, in addition to the 451 lost to poaching in 2021. Across Africa, this number is far more devastating – and although rangers play a vital role to limit the impact of poaching and protect the habitats of endangered species, they are broadly under-resourced and under-appreciated.

The 2022 Wildlife Ranger Challenge is a multi-million-dollar fundraising initiative, which has raised more than $12 million for this worthy cause since being initiated in 2020. This year, in addition to raising much-needed funds for the continent’s wildlife protectors, the Challenge will shine a light on the every-increasing and ever-diversifying role of rangers to demonstrate their impact as conservationists, teachers, community support workers and leaders

Founded in 1970, the GRAA is a non-profit organisation which is the oldest, largest, and most representative ranger association in Africa. 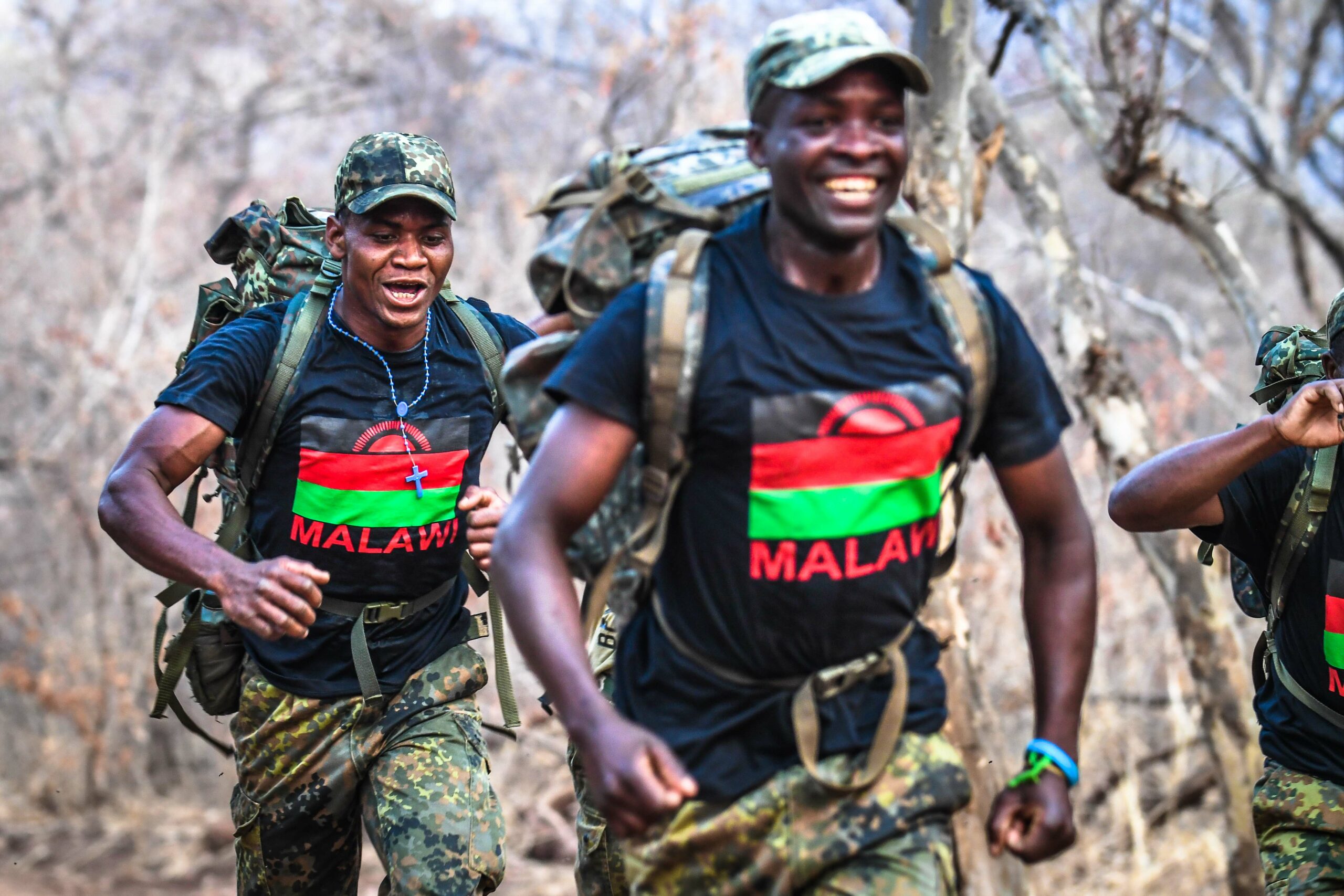 South African rangers are once again gearing up to join over 100 ranger teams from 15 African countries to take part in the gruelling 21km half marathon on Saturday 17  September, which coincides with the African Ranger Congress taking place in Kasane, Botswana.

“It’s a race with one goal – to support rangers who have been under pressure with drastic cuts in resources over the past two years. With COVID-19 restrictions easing, this long-awaited challenge will help shift COVID-recovery for the conservation and tourism sectors,” says Charlie Mayhew MBE, Chief Executive of Tusk.

For more than 30 years Tusk has worked to amplify the impact of progressive conservation initiatives across Africa, and helped pioneer an impressive range of successful conservation projects across more than 20 countries. These initiatives have not only increased vital protection for threatened species, but also helped to alleviate poverty through sustainable development and education amongst rural communities living alongside wildlife. Tusk partners with the most effective local organisations, investing in their in-depth knowledge and expertise. By supporting and nurturing their conservation programmes, Tusk helps to accelerate growth from an innovative idea to a scalable solution. The charity has raised and invested over $100m since its founding in 1990.

The marathon will put rangers under a series of mental and physical challenges, including a mini-challenge for ranger teams with canine units to demonstrate their tracking skills, but this year, Tusk and its partners, the Game Rangers’ Association of Africa, and NATURAL STATE are also hoping to set a Guinness World Record for the fastest half-marathon carrying 22kg.

A key focus of the 2022 Challenge is to educate and correct misconceptions that rangers are just men with a gun chasing poachers. The Challenge will showcase the multifaceted nature of the job and skills of rangers from different backgrounds, varying ages, and gender. 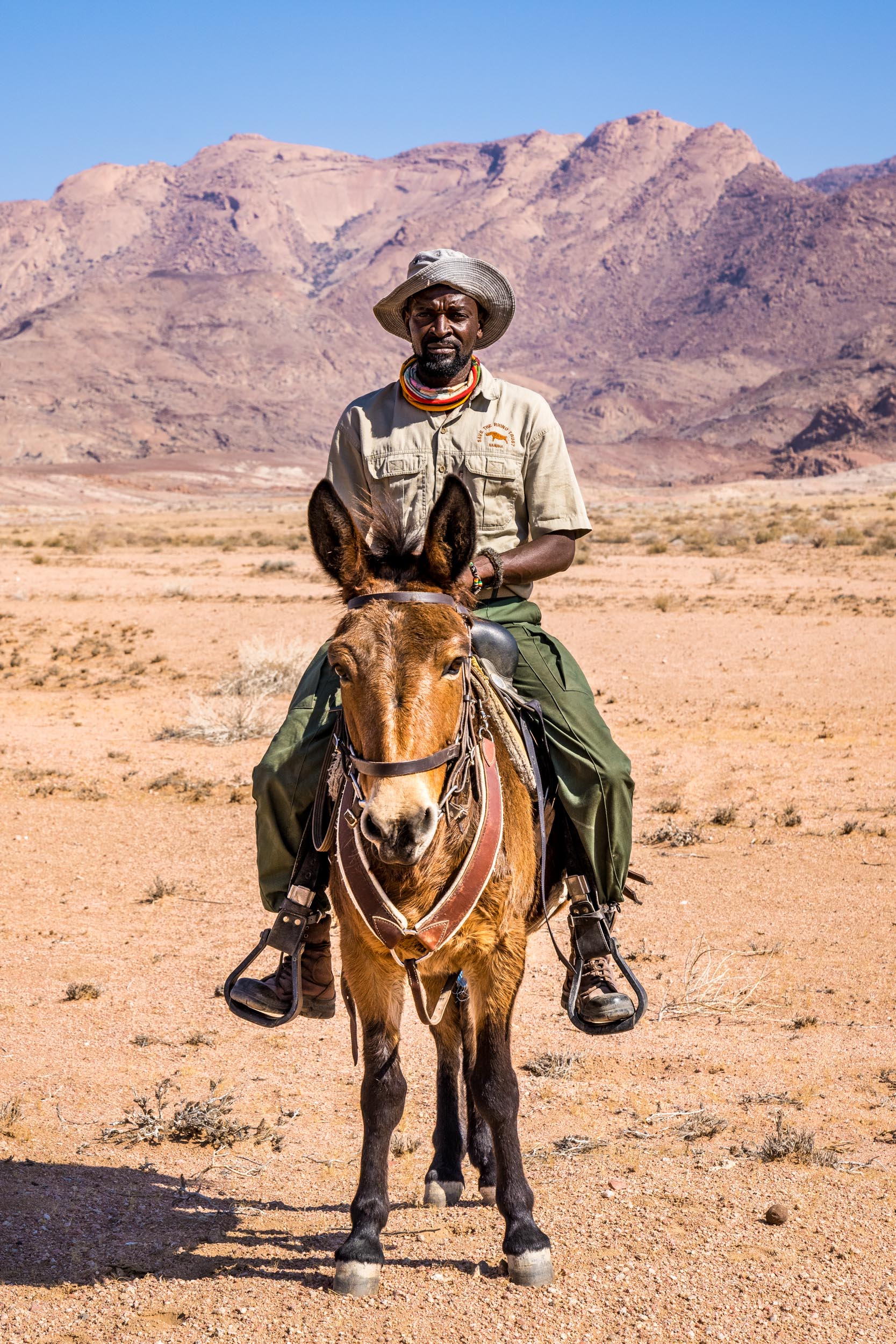 Mark Scheinberg and the Relief Fund, the Challenge’s founding donor, has generously committed $1 million in match-funding in support of rangers, on top of the total $6.5 million to the campaign to date. The Scheinberg Relief Fund is the founding donor of the Wildlife Ranger Challenge. It was established by businessman and philanthropist Mark Scheinberg, and his family, in response to the Covid-19 pandemic. Its mission is to provide a meaningful difference with strategic, high impact relief for individuals and communities in locations where the family has a personal or business presence. The fund works closely with a network of trusted partners in key locations across the globe to identify local organisations, social benefit projects, charities, and communities on the ground that have limited visibility.

“Women are starting to make a breakthrough in what can be considered a very male-dominated profession, and are proving to play a vital role in protecting Africa’s rich natural heritage. From deterring poachers out in the field, tackling biodiversity loss to teaching the value of conservation among local communities, women bring a different and much-needed skill set, experience, and knowledge to the ranger workforce,” says Sergeant Belinda Mzimba, member of the Black Mambas Anti-Poaching Unit in South Africa.

In support of World Ranger Day celebrated on 31 July, the public in Africa and around the world are encouraged to participate alongside the rangers. To find out more, donate to this worthy cause or sign up to run in solidarity with Africa’s rangers visit www.wildliferangerchallenge.org 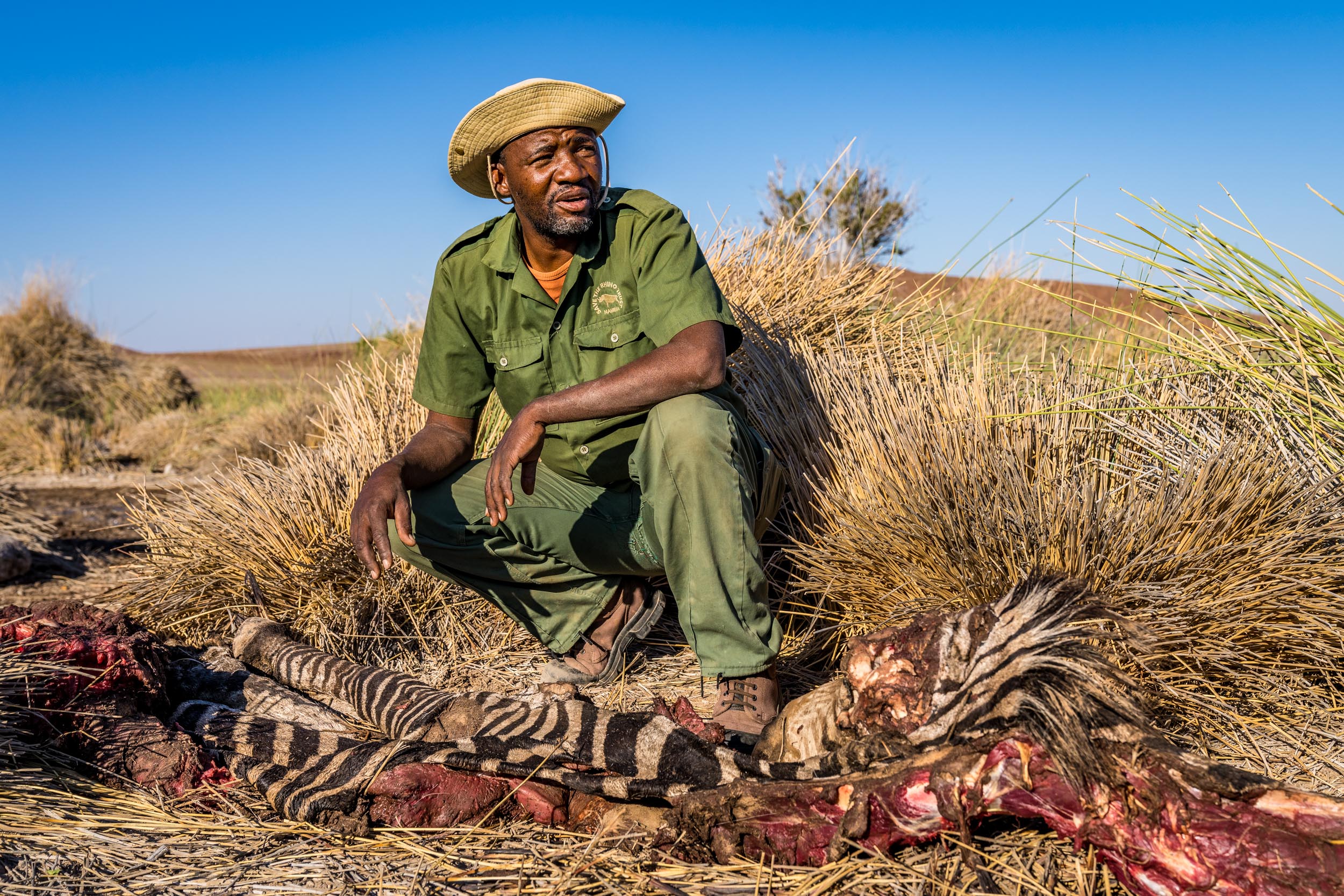 While working with tourists is one key aspect of a ranger’s job, coupled with removing snares and traps and reporting illegal activity, the role is becoming broader than before and highly specialised. Rangers are also now expected to harness technology to improve conservation and protect natural habitats as habitat loss, human-wildlife conflict, and climate change increase.

“Initiatives like the Wildlife Ranger Challenge play a big role in highlighting conservation and the role of rangers across the continent. The Challenge has to date supported over 2,000 rangers, 59,500 livelihoods, 45 endangered species, including elephants, pangolins, rhinos and lions, and 302,684km² of ecosystem across 24 African countries,” continues Mayhew.

“Looking ahead, we have even greater ambitions for the Wildlife Ranger Challenge and hope it will become not only the largest pan-African sporting event, but a springboard from which the entire ‘rangering’ profession can be recognised and developed”. 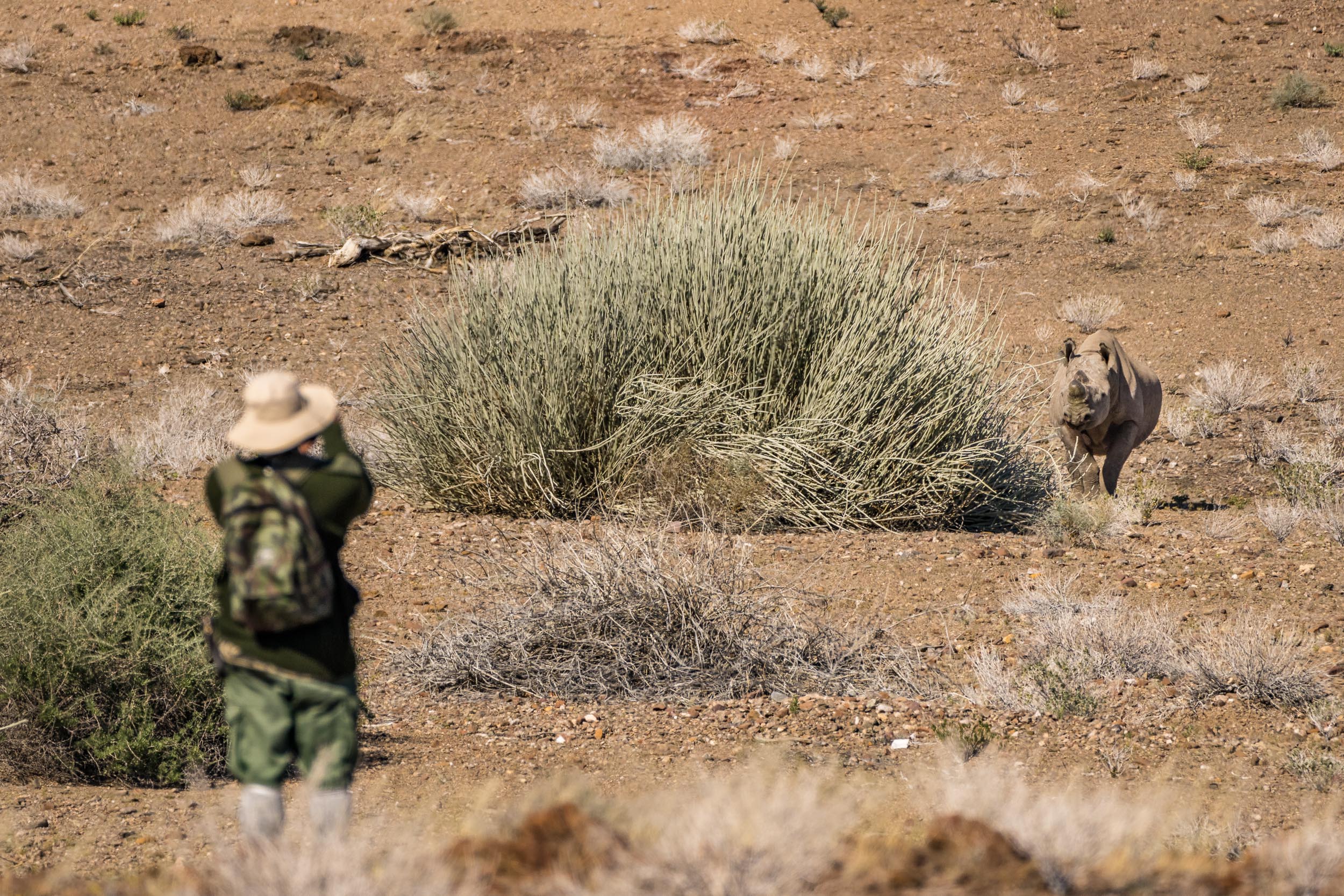