Young and Dumb, but Alive! 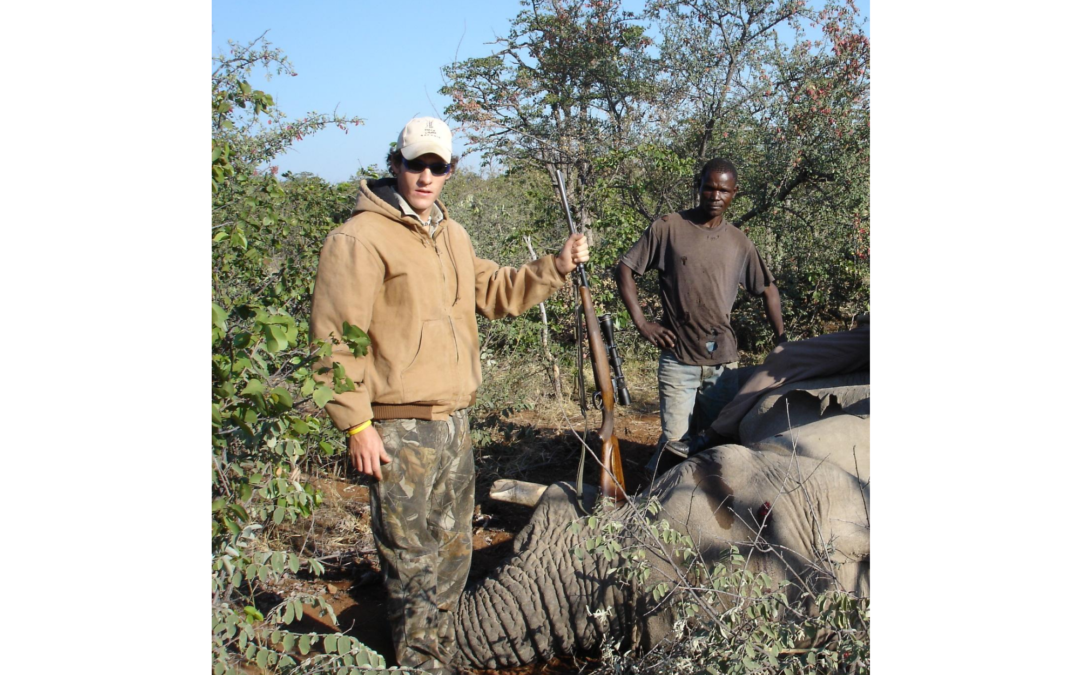 By Ryan Phelan of Hotfire Safaris

In the early 2000s, I was running a private game reserve in the Tuli Block in Botswana. We had one particular elephant bull that was becoming a nuisance, as he was destroying our solar pumps and panels and threatening my fencing staff.

I brought this to the attention of the Botswana Game Department, and they proceeded to show me the ordinance that said I could go ahead and destroy the animal and notify them of the GPS location and mark the left and right tusks.

Being still fairly young, cocky and relatively inexperienced, I loaded up my 9.3×62 with four 286gr Barnes Super Solids and hopped on my motorbike to find a culprit elephant.

Once I reached the area that the fencing guys were working in, it did not take long to locate the offending bull. I parked the bike, loaded a round, and adjusted my scope power to minimum, this being 4x magnification. I started slowly after the bull, which was walking slowly into the wind in the scrub mopane.

I sensed the bull knew of my presence, but he was not too perturbed. Each time he walked I would run closer, and when he stopped to listen, I would stop. This continued for a while, until I thought I was close enough. I then remembered my PH mentor saying to me, “When you think you are at the right distance, get closer.” So I did. At approximately 18m, I rested on a scrub mopane and took aim on the bull that had stopped to listen.

He turned broad-side, and I just remembered my teachings: “Aim for the top of the back of the zygomatic arch.” I squeezed off. In a flash the bull turned 180 degrees, and I fired the second round in the same place on the other side of the head. He spun right around once more. I let fly the third round, upon which his back legs gave way, and I put the fourth round into the back of his head as it flung up into the sky. I was later to discover that this fourth round exited the front of his head.

I was left standing and shaking, with an empty rifle and many thoughts running through my head. I put a few more rounds into the rifle, cocked it and slowly headed up to the bull. He was dead!

At the end of the conflict, my emotions hit home, very hard. I had read all the books on the early ivory hunters, and all I wanted to do was hunt my own elephant. I had done it. But the feeling was not what I thought it would be. Here I was, a mere 24-year-old, and this bull a good 40 years old or more. I walked away quietly and sat down under a mopane tree to gather my thoughts and to thank the bull for giving me this opportunity that many people nowadays will not get. It was a very somber moment.

Thinking about the lessons learnt from this, I was fairly inexperienced and had gone out on my own. Secondly, using a scoped rifle at 18m is not ideal, especially when trying to put second, third and fourth shots in when there is just grey matter in your scope picture. What I did learn was that if you are to miss the brain, miss on the low side, as it clearly interrupts the blood flow to the brain and disorients the animal. This was what saved me.

However, the penetration of all the rounds was faultless, as was evident by the last shot entering the back of the head and exiting the forehead.

This area in Botswana had high numbers of elephants and they were, in a way, boxed in between the backline fence, which was the western edge of the Tuli block, and the South African game farms all bordering it across the Limpopo River. It was inevitable that human animal conflict would arise, and nothing was being done about the rising numbers. The reason cited for this was that funding for the game department was coming in in part from NGOs that were anti hunting or anti culling. They thus felt stuck between a hard place and a rock. Knowing numbers needed to be brought down but not being able to do it themselves. They thus were quite happy for any landowners etc in the area to deal with the problems themselves as it absolved them from being in hot water.